x9 overhead surround Atmos. I call it AtmosPlusIIIx as I'm extending the basic use of it for better immersive with extra channels for each of the Height 1, 2 and 3 channels that are on the floor. wow sounds great Minor repairs to the Dolby CP200 cat cards cat109c meter filter cards with brand new meters that are same as found in a CB radio that I have and had to import the meters from USA and with some assistance from Dolby labs to get the CP200 back up and running as it only needed few basic repairs of the good condition it was in.

Also the meters I wired them up so they can be illuminated as all previous ones I seen in UK cinemas never seemed to have the meters lit up. The terminal pins are on the meters and it was case of finding 12v supply on the card with a resistor soldered in place to lower the voltage. Swapped the labels around and painted the needle red. One of the second JBL 4682 TCB placed at back of the room to even out smooth sub bass along with JBL 4645 4645C and extends down to 10Hz after EQ and turning and testing. Dolby cat109c meters lit up maybe first time with this CP200 since it was made. The CP200 was released around March 1980 and was discontinued around late 1990's, while service and parts was still around until early 2000's. Between soldering the new alterations to cat109c my cat Magic wants some meaty sticks. x6 sub bass shakers and below surround that is matrix from sidewall channels so that some actual pans do pass underneath the seating for a better Dolby Atmos that has below middle and height dimension. 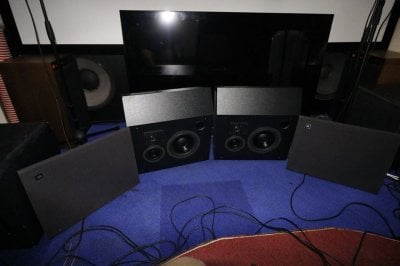 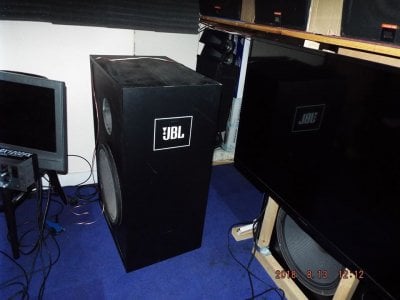 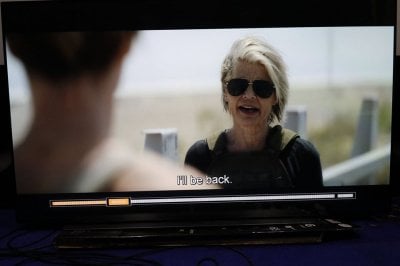 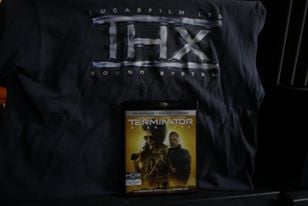 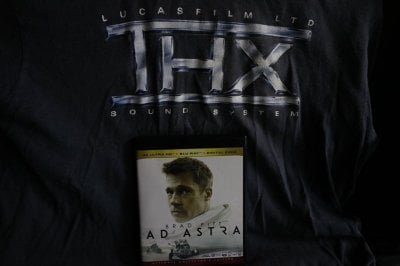 Which projector are you running film on?

DFurr said:
Which projector are you running film on?
Click to expand...

No 35mm I see its nice but don't have the kitchen space for projector or cake platter. I been there done that in the past. I only like the processors connected up. I may think about 35mm but don't have space for storing cans stacking so high. I and my cats can barely walk around my home as it is. But if I wanted one it be a Victoria V.

I'm curious what the purpose is using dedicated film equipment when you're not running film?? What's the purpose of the two 3000 SDDS processors in your system? I see a lot of film "things" in you equipment racks like a pair of SA-10's . I'm confused!!

DFurr said:
I'm curious what the purpose is using dedicated film equipment when you're not running film?? What's the purpose of the two 3000 SDDS processors in your system? I see a lot of film "things" in you equipment racks like a pair of SA-10's . I'm confused!!
Click to expand...

Do not be curious. All works well and fine come and have a listen.

Do you know how matrix works? SA10 are cheap than fish n' chips in the UK.

The SA10 used to extract the centre phantom from LR and I can also use the Extra output. An SA10 is a Dolby CP45 at the end of the day that was only modified. This gives me thee Overhead channels with extra at floor level to give a nice ambiance effect

DOG as I call it is the new God channel above. Auro3D has its VOG but I don't use the Auro3D here as its not a big sound contender in the market.

Does that make sense to you? It works wonderfully.
Last edited: Feb 7, 2020

The x2 Dolby DSU4 give me 5 screen matrix Todd-AO effect of inner left inner right and works marvelously, it shines though the 120" screen or 9' 2" wide and that is small and it works. If the JBL was larger then I be back to three screen. Nope five screen is far cooler. If it all works then GREAT!! I don't know anything about consumer equipment but I would have thought basically same end result could have been achieved with consumer grade processors and a lot less equipment.
Am I wrong?

DFurr said:
If it all works then GREAT!! I don't know anything about consumer equipment but I would have thought basically same end result could have been achieved with consumer grade processors and a lot less equipment.
Am I wrong?
Click to expand...

That's right, Don. Its all the same. Outputs and Inputs. The more things change. The more they stay the same. Now if it was digital that would be a little harder to get around. If its analog its easy for me.

Testing the SA10 from racking and powering up testing finding space in the rack with the THX sound system crossover monitor moved to bottom of the rack.

First testing with my brand new meters fitted to Dolby Cat-109C as all the originals needed replacement due to the age and usage they've had. meters are same as found in a CB radio or least one of the CB I have Super Star 360FM, which got me thinking and ordered from USA, and then fitted them. Basic test is see if meters are working and they work spot on!

Modified the meters so they can be for first time. I seen on my CP200 illuminated meters. I located 12v supply with assistance from Dolby labs with circuit diagram. I later soldered in a resistor to lower down the voltage for the small bulb.

Testing my A-type cards cat22. One card a bit faulty when using its signal tone Dolby format 68 "Dolby tone". Not a problum just get another A-type card or I can try and locate the component on the card but rather get a card as they are so cheap.

Laserdisc Timecop dts though to the Dolby Stereo CP200 and then onto the crossover management and THX.

I hope this the correct size it sure looks like it, as past ones I brought was right size but didn't include the pins and didn't know what size? Hopefully now I can get the Dolby Accessory Unit set up in the rack above the CP200 as it needs a power lead from the control unit to Accessory Unit. 9 pin part arrives next week. The Dolby PS1B was generally the biggest thing that needed some new parts. Although voltage was okay the large DC capacitors in black all needed to be replaced with same values if the CP200 was gonna to sound okay without very loud buzzing/humming noise. Not picture the new DC caps just the old ones that dated back to around late 1980's.

I have three PS1B for spares and back-up. But now what to do if it occurs again thou takes several hours in repair and testing. Surprisingly the new parts was cheap.