In late 1970, Grammy Award© winning singer/songwriter Harry Nilsson released his groundbreaking album, "The Point!", a thematically brilliant, densely orchestrated concept album packed with more hooks than a meat locker. According to Nilsson himself, "I looked at the trees and realized all the leaves came to points and even the branches came to points. I thought, 'Oh! Everything has a point, and even if it doesn't, there's a point to it.'" Produced in 1970, the animated film version of The Point! first aired February 2, 1971, as an ABC Movie of the Week. The film was directed by Academy Award© winner Fred Wolf and produced by Murakami-Wolf Films in association with Nilsson House Music. Complete with story and songs written by Nilsson and narration by Ringo Starr, The Point! is a timeless enchanting fable for the whole family to enjoy!

THE POINT: Years ago there was a place called The Land of the Point, because everything in The Land of the Point had one - the barns, the houses, the cars, everything - even the people. Everyone, that is, except Oblio (Mike Lookinland, "The Brady Bunch"), who was born round-headed. Since he had no point, Oblio - along with his trusty dog, Arrow - was banished to the Pointless Forest. Join them to see what wonders await these two intrepid travelers as they make their way on their amazing, song-filled journey of discovery!

ALL SONGS WRITTEN AND PERFORMED BY HARRY NILSSON
Me and My Arrow
Everything's Got 'Em
Poli High
Think About Your Troubles
Life Line
P.O.V. Waltz
Are You Sleeping

With the entire re-release endeavor overseen by Lee Blackman for the Nilsson Estate and MVD Rewind Collection's Eric D. Wilkinson, the project proved to be a challenging process. According to Wilkinson, "We searched everywhere but came up empty-handed in regard to locating the original negative elements. Thanks to the generosity of collector Kier-La Janisse, who provided a rare 16mm print, we oversaw a 2K HD scan, which included shot-by-shot color-grading to reduce fade and improve consistency. Considering the condition of the elements we had - while a complete restoration proved to be unfeasible - the end result is the best the film has ever looked and we are proud to give fans and collectors the best edition on disc and digital that has ever been created for this classic animated film." 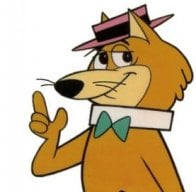 It's a shame they couldn't get the original broadcast version, with Dustin Hoffman's narration. Plus he was very good friends with Harry Nilsson.
Reactions: phillyrobt, moviebuff75 and Brian Kidd

There may have been legal reasons for using the Ringo Starr narration instead.

At what point did the original film elements disappear? They couldn't possibly have been actively junked by Vestron when they owned the rights, could they? Oh well, at least we don't have to settle for the old analog composite master anymore. I was almost tempted to go back and get the laserdisc just because analog video noise looks less bad without an added layer of MPEG-2 compression! Even OG DuckTales looked somewhat less noisy on laserdisc!

Look on the bright side: they've remixed the music for surround sound. Let's hope they do it well and not a quick-and-dirty job like some of the remixes I've heard.


Ronald Epstein said:
while a complete restoration proved to be unfeasible
Click to expand...

Meaning the film is not actually uncut? This sounds ominous, especially when every supplement has a running time listed to the second when the main feature, the thing everybody's talking about, doesn't. If that's all they have, then it's far better than nothing if it can still provide a 2K scan, but hopefully my worst fears, as fear itself is one of the things this movie is actually about, will be proven wrong.
Last edited: Oct 1, 2019

[email protected] said:
It's a shame they couldn't get the original broadcast version, with Dustin Hoffman's narration. Plus he was very good friends with Harry Nilsson.
Click to expand...

From what I understand, Hoffman's contract only allowed for his narration to be used on the initial broadcast. Since then, the Father/Narrator has been redubbed by three different actors: Alan Thicke, Alan Barzman and, ultimately, Ringo Starr. I have a recording with the original Hoffman narration, but the quality isn't great. I attempted to sync it up with the DVD's video track in my NLE software, but unfortunately there is enough of a speed difference between the two that it wasn't possible without pouring more time and effort into it than I had at the time. I may give it another shot when the Blu-ray comes out.
Reactions: phillyrobt

I knew about the Alan Thicke redub (someone actually managed to get that and show it in school), but the Alan Barzman one is new to me. When were all these other redubs done? I imagine Ringo's version was what the UK got all along. The UK also got a stage version later in the 1970s with two former Monkees!

When I was a kid, I was surprised to find the animator behind this also did the 1980s Teenage Mutant Ninja Turtles.

Lennie Weinrib, the voice of the Count, was also the King of Naboombu in Bedknobs and Broomsticks that same year. Among his other voice credits is, believe it or not, an episode of The Brady Kids … as Superman!

As for the condition of the elements, I found this on MVD's Facebook page:

Due to the unknown whereabouts of some of the negative elements, the point was scanned in 2K from a 16mm release print. While performing shot-by-shot color-grading to reduce fade and improve consistency, it became apparent that the condition of the elements made a complete restoration unfeasible. As such, while thousands of individual pieces of image damage were removed entirely, some slight imperfections appear intermittently in the film.
Click to expand...

That makes me feel quite a bit better. So it's not missing footage we need to worry about. It's the digital equivalent of "medical science has only come so far." That's a relief. I look forward to seeing the end result. Maybe it'll get rebroadcasted on TV again. Too bad it never became a broadcast perennial like other TV specials despite not being centered around a holiday or a franchise character. The odd length — 90 minutes, common for ABC-TV movies of that era — probably worked against it. But the point, so to speak, is even more relevant now than it was then.
Last edited: Oct 1, 2019
Reactions: phillyrobt and Brian Kidd

I once named a puppy "Oblio." Sounded so cool to me. Friends who had also seen the movie asked, "How come you didn't name it "Arrow?" Dunno. Didn't have a pointed head. Guess the little terrier just looked more like an "Oblio." Anyway, that's how this film influenced me.
Reactions: phillyrobt, Brian Kidd and MatthewA

MatthewA said:
Lennie Weinrib, the voice of the Count, was also the King of Naboombu in Bedknobs and Broomsticks that same year. Among his other voice credits is, believe it or not, an episode of The Brady Kids … as Superman!
Click to expand...

Paul Frees is in it, too…he was also Ludwig von Drake and Boris Badenov, not to mention the narrator of countless Disney documentaries and TV shows.

George Aliceson Tipton went on to write the music for Witt/Thomas/Harris's sitcoms after he parted ways with Nilsson. The breakup must have been bad because he was not in that indie documentary about him. That's why Tipton had nothing to do with Popeye IIRC.

And as for the Brady Bunch connection — I guess the voices for this film were recorded before the show started? — it was Robbie Rist who re-invented himself as a voice actor after the Cousin Oliver ordeal. That character wasn't even in the cartoon version of that show!
Last edited: Oct 2, 2019
Reactions: Brian Kidd
You must log in or register to reply here.
Share:
Facebook Twitter Reddit Pinterest Tumblr WhatsApp Email Link