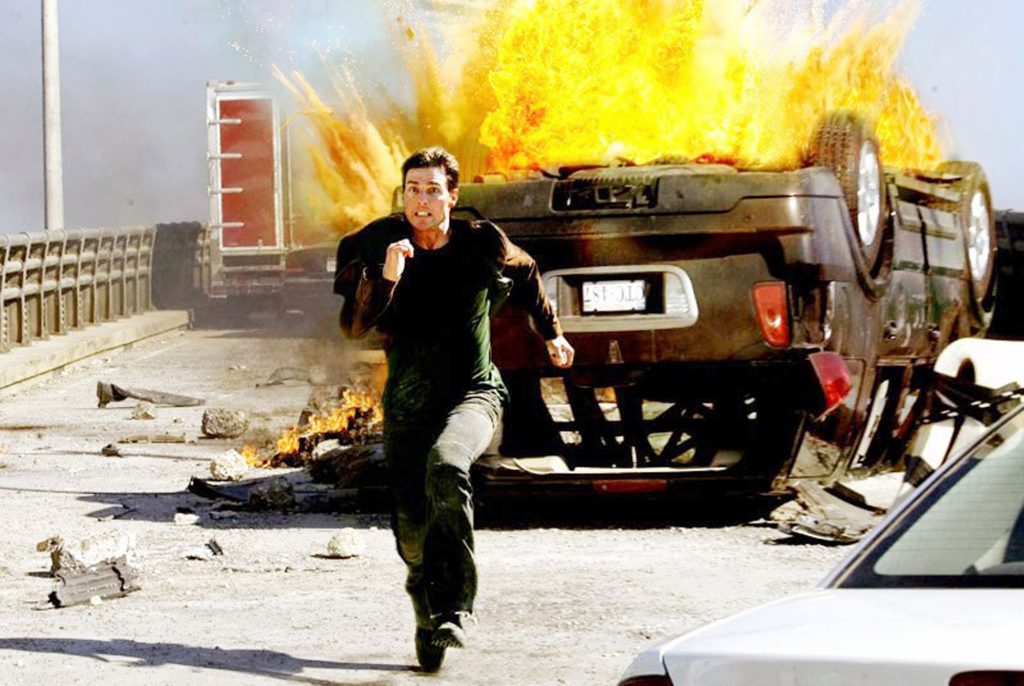 Mission: Impossible III is the lowest grossing entry in the franchise, but it is perhaps one of the most important. After the critical disappointment of the second entry, six years would pass before J.J. Abrams, hot from his spy-story chops in the television series Alias, would make his feature film debut with this third outing. This is an excellent example of getting a series back on track, with the most serious tone and dramatic heft of the series, edging the serious-minding first entry back in 1996.

Even with its serious mind, M: I III offers plenty of lighter moments, including adding Simon Pegg to the cast as the clear comic relief. A well-made film that displayed director Abrams abilities behind the camera on large productions, and his command of characters and their importance within the spectacle that comes with these expensive action thriller.

Ah Mission: Impossible III AKA "Wow they finally figured out how to make a Mission: Impossible movie! AND IT ONLY TOOK TEN YEARS...! >=(" If it wasn't for J.J. basically taking control of the franchise's future while still being respectful for its history, Tom would just be regurgitating M:I-2 over and over again, which he definitely would have done if Joe Carnahan had managed to start production. It therefore kinda annoys me that Ghost Protocol got hailed as the franchise savior five years later when it basically just built on what III did albeit with a forgetable crap villain. If only Tom hadn't gone on Oprah the year before... =/

This is my favorite of the series for reasons already mentioned. An early death scene is truly shocking and makes it clear right off that the director isn't messing around.
You must log in or register to reply here.