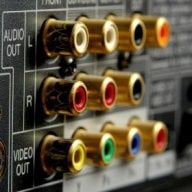 This just in from Alpha Omega:
Dear Forum Members,
We are excited to announce the release of the DVD and BluRay of „The Loves of Pharaoh“ on 30th June 2012.
The production of the DVD and BluRay edition took longer than expected due to the complexity of the project and extraordinarily high production costs. The established production methods and distribution channels make an independent release in limited edition difficult to finance and hardly profitable. Despite the difficult and long journey we are proud to present a high-quality collectors edition with exciting content and packaging.
DVD UND BLURAY EDITION SPECIFICATIONS:
This digital restoration recreates the original color tinting scheme in accordance to the only surviving projection print fragments. This release makes the original orchestral score available for the first time ever on recorded media.
Special features:
- Digibox packaging
- Booklet: 20. pages, color. Texts and images relating to the film and the restoration: Introduction by Thomas Bakels, personal message to the fans from Ms Nicola Lubitsch, Essay by Kristin Thompson, Interview with Frank Strobel, Text by Egyptology expert Bernt Müller- Trailer: English, German- Production documentation: location shots, photos of missing scenes, programme booklet - Filmkurier Berlin 1922 (BluRay disc only)
- The Return of Lubitsch’s Pharaoh: A documentary about the restoration of The Loves of Pharaoh, depicting the complex restoration project in pictures and narration about the making of the film, interviews with contributors and scene comparisons. Information about color selection, technical procedures and source material is provided as well as a context to the new recording of the original music score. (35mins)
- Film concert: A high-class program in its own right is this HD recording of WDR Rundfunkorchester performing the music score in Cologne, Germany, on 14th and 15th September 2011. This program was produced by ALPHA-OMEGA digital especially for this release. Assembled using footage from 16 cameras strategically placed within the orchestra, the music takes center stage and the film becomes the supporting act. The outstanding performance of the orchestra under the direction of Frank Strobel finally completes the film and can be experienced in full length and from close-up with this first ever recording of Künneke’s score. (100 mins)
Language Versions:
German, English, French, Italian, Spanish, Russian, Chinese, Japanese, Thai, ArabicThe film is presented in 10 selectable language versions. The title cards are re-created as full screen intertitles as was common practice for foreign releases in the silent film era. The titles were translated by colleagues and friends who came to the project with a profound subject expertise. For the German, English, French and Italian versions the original type face could be used. The Spanish, Russian, Chinese, Japanese, Thai and Arabic versions exhibit a different appearance due to their unique characteristics.
Technical Specifications:
DVD Edition: 1*DVD9 + 1*DVD9
BluRay Edition: 1*BluRay50
Duration: Main Feature: approx. 100min, Additional Material: approx. 144min
Frame Rate: 20 f/s
Resolution: PAL, 720×576 (DVD) | NTSC, 720×480 (DVD) | HD 1920×1080 (BD)
Aspect Ratio: 4:3 (1,33:1) (main feature)
Audio: Dolby Digital 5.1 (DVD) | PCM 2.0 Stereo (DVD & BluRay)| DTS-HD 5.1 (BluRay)
Source Material: Original Russian and Italian nitrate release prints
You can place the order on the Alpha-Omega digital online shop:
http://www.alpha-omega.de/doku.php?id=e ... pharao_dvd" target="_blank
We hope you enjoy the restored version of this long lost Lubitsch spectacle!
Your ALPHA-OMEGA digital Team
Note: Sorry, odd punctuations directly from the site. It's a bit pricey, but having seen the L.A. screening, well worth it. A labor of love, in fact. They take Paypal, too. 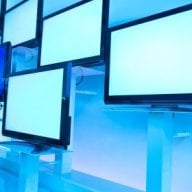 The deluxe packaging and generous extra features helps make the price worth it. I'll probably buy it given its stature and general rarity.

Mine arrived just over a week ago. It looks even better than the Los Angeles screening I attended over a year ago. The image is incredibly sharp and clear with fine grain present throughout. I know that the term "restoration" is misused in this forum often in relation to classic films, but LOVES OF PHARAOH must be the official poster child for it now. With all the damaged bits and pieces cobbled together, the massive wet gate sessions and the sophisticated digital reconstruction coming together to produce something this clean is nothing short of a miracle. The package includes a 100 minute multiple camera live scoring session in HD with the WDR Rundfunkorchester-Cologne under the baton of Frank Stobel recording the original Eduard Kunneke music to picture. And, what a gorgeous score it is! This dynamic recording sounds phenomenal through my Bose system. If you are a soundtrack fan like myself, you will certainly find this "extra" especially fascinating. Interesting, also, is the 35 minute "Return of Lubitsch's Pharaoh" which documents the restoration of the once lost film. This lovingly presented package has become the crown jewel of my BD collection. I find myself popping it in to watch over and over. What a labor of love it truly is.
Reactions: Music lover10

I will be seeing this Friday night accompanied by a live orchestra. Excited!