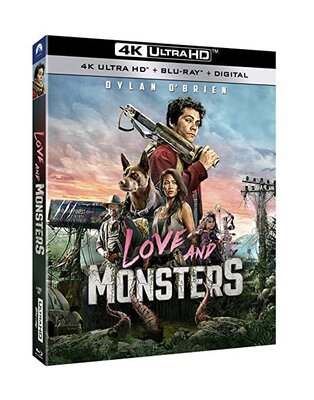 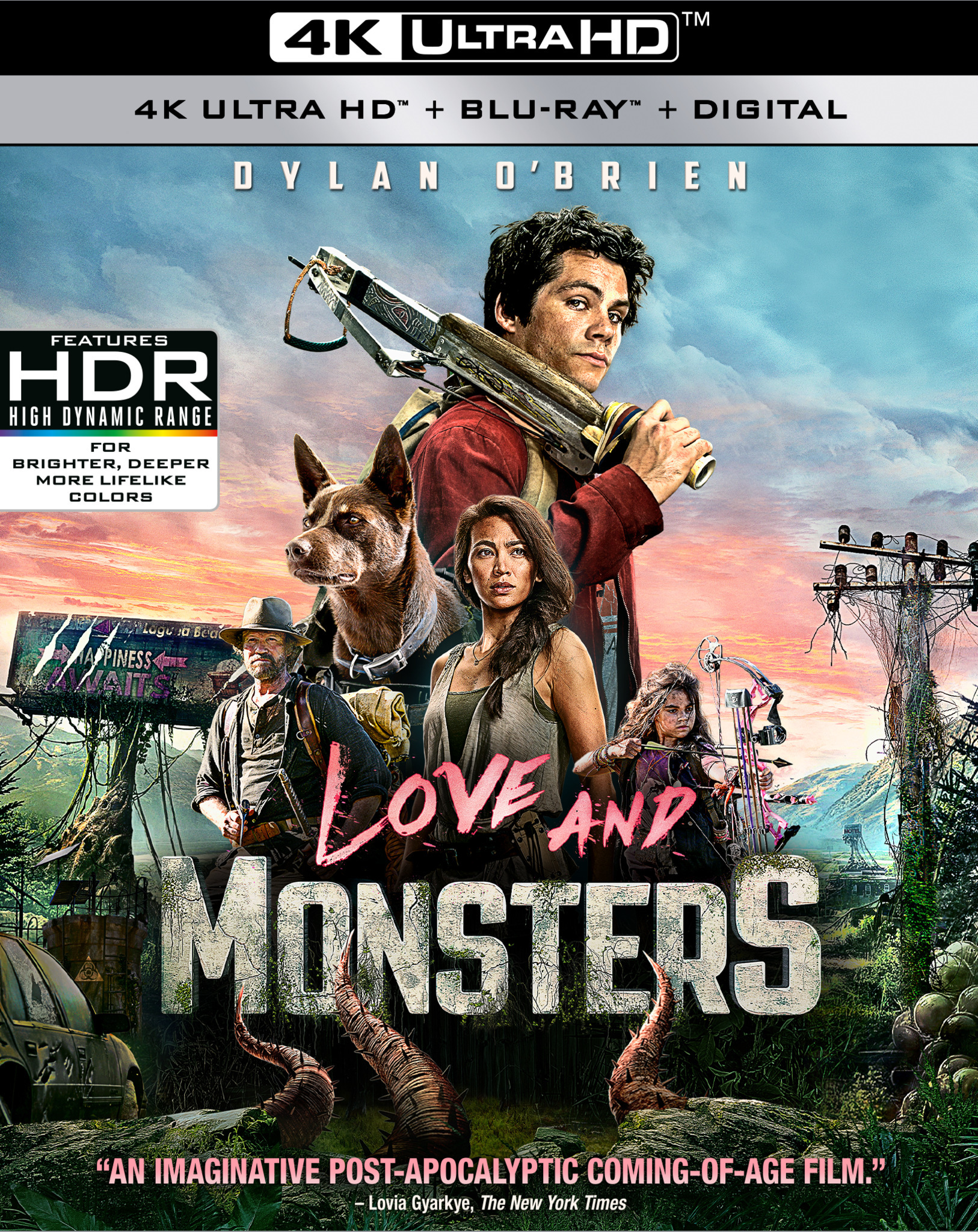 The film was a critical and audience hit following its theatrical and Premium Video-On-Demand debut, with a 91% critic score and 88% audience score on Rotten Tomatoes.*

The Blu-ray includes the following bonus content:
•Deleted scenes
•Bottom of the Food Chain: The Cast of LOVE AND MONSTERS
•It’s a Monster’s World: Creating a Post-Apocalyptic Landscape
SYNOPSIS | Seven years after the Monsterpocalypse, Joel Dawson (Dylan O’Brien), along with the rest of humanity, has been living underground ever since giant creatures took control of the land. After reconnecting over radio with his high school girlfriend Aimee (Jessica Henwick), who is now 80 miles away at a coastal colony, Joel begins to fall for her again. As Joel realizes that there’s nothing left for him underground, he decides to venture out to Aimee, despite all the dangerous monsters that stand in his way. The fun-filled and action-packed adventure also stars Dan Ewing, Michael Rooker and Ariana Greenblatt.