Lions Gate, Get Your Act Together - Ninja Turtles Volume 6

I don't know all the facts on this one.

And I have a feeling that if I called the companies to complain, we'd get the 'bounce' effect, with each one blaming the other. But SOMEONE has to be doing quality control on these releases, no?

Take a look at time index 00:56-1:07 on 'Big Break In'. The picture either jumps around, or 'explodes' in and out every few seconds giving it a jumpy appearance. Turtle Terminator has tracking problems on the bottom and edge artifacts/pixilation on the sides. Shredderville looks like it was recorded off a bad cable reception and appears 'fuzzy'. Plan Six From Outer Space from the first minute of the episode looks shaky, fuzzy, and looks like it was encoded in a resolution lower than the standard 352X240 that seems standard for these discs. All the other episodes are more or less fine, but even they suffer from long scratches on the film that go from left to right (Most notably in the beginning of Gangs All Here), tons of dust and dirt specs, and other artifacts.

If it means waiting a year for a full season set, and a remastered/cleaned up bunch of episodes, I'd rather wait. It's TONS of times better than watching this utter crap that's being released by Lions Gate. Put some pride into your work there, people!

I viewed it on my laptop at work. The laptop has a standard 15 inch screen, and it DOES look a bit better than it did on the 20"er. I think the smaller it gets, the better it looks.. I can't imagine how it looks on the 42" downstairs 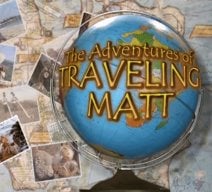 It's pretty terrible that there are so many mastering problems with the original Turtles series. I started collecting the first couple volumes, but stopped when Vol. 3 took a big step down in video quality. Looks like the tide hasn't changed much but for the worse.

I wish Lion's Gate would shape up too, but if not hopefully people will stop purchasing those titles and the studio will get the hint. Maybe that's what it takes...

Do you think you could call up Fred Wolf Films www.fredwolffilms.com and see if we can get some answers regarding who is responsible for what? Last time we called, we talked to a very nice receptionist who told us that at least Volume 5 and 6 where in production (About 6 months ago we called), but I doubt we'd get any further since we are not a known website.

1- Does FWF's get a copy of the final DVD released to stores? Are they happy with the job Lions Gate is doing and the quality of the releases they are producing?

2 - Does FWF have any involvement in the mastering of the series, or is that all on the side of lions gate? If the answer is yes, see question 3...

3 - What is the process taken to master these tapes, and what resolution/encoding are they done in?

4 -Most of the fans are happy with the series being on DVD in affordable discs...they are not happy in the discs being so shoddilly mastered and lack of bonus features. Would FWF consider giving the release to BCI, who have proven themselves with other's 80 franchises like He-Man?