Kind of a personal question - Have any of you tried online dating services?

Any good relationship takes a while to develop. No matter how you meet, you need to take a while to discover if the relationship is a good thing for both of you. If you don't like or have trouble meeting people face to face, online dating sounds like a great thing. As long as you are patient and let relationships develop naturally, how you meet is irrelevant IMO.

Unless you just want one night stands, then you go to the website Holadem asked for.

Please don't submit a picture, give us other guys a chance.

Actually I was considered unmatchable and I don't mind answering.

This is just a guess, mind you, but I think it makes sense. Since eHarmony's foundation is its personality profile, it means making certain definitions and assumptions about what types make a good match. I've taken several personality profiles over the years - everything from Meiers-Briggs to True Colors and they all result in much the same result. I tend to score equally across 50-75% of the categories, which is not uncommon but ultimately means I'm hard to pigeon hole. In simplest terms, it means I'm "hard to read" because I display characteristics of more than one personality type.

Consequently, if eHarmony pairs people up on distinct qualities that its research deems successful, my having "multiple personalities" means it can't make a definitive match. And I think we know how much eHarmony values its success rate - ultimately it means its better for its success rate to reject me than to accept me and take a hit on the percentage.

eHarmony also will not do same sex pairings, but that doesn't apply in my case.

That's the opinion of one of your personalities, have you checked with the others?

[In Austin Powers voice] Technically its not cheating, baby!

They also won't do non-Christians. I've read that the guy who runs the site is a pretty big fundamentalist Christian.

And what if you're not into the more sociable sports and activities for your hobbies? And what if you're awkward in group social situations? There's nothing wrong in being either of these, but they do limit your options for meeting someone socially.

Computer dating, as has already be said, seems no more or less reliable than many other methods of meeting a partner. The usual commonsense rules apply, of course. I wish I were making the following up, but I'm not - a friend of mine did on-line dating, and having 'chatted' with a woman for a few days, she announced that because of him, she was coming off the pills the psychiatrist had prescribed her and looked forward to their coming life together. Luckily my friend hadn't given out his postal address or too many details, so having sent a tactful message that she may have jumped the gun, he severed the connection. On the positive side, if he'd met this bunny boiler in a bar, he could have been saddled with a far bigger problem. On the other hand, a couple of female colleagues of mine have done on-line dating and really enjoyed it. Nothing permanent has come of it (yet!) but they've been very positive about the experience and said the 'hit rate' was better than more traditional methods. By coincidence, I was chatting about the experience with them the other day and they said that above all be honest. A truthful photo, honesty about current relationship status, etc are paramount. In other words, exactly what you'd expect of others. I know this sounds very glib, but said colleagues' number one complaint was dishonest daters.

I've tried the online dating sites off and on for about 4 years now .Depending on where you live, if you're in an area that is well populated,you are going to have alot better luck on the sites as those who live out in the sticks. It's very competitive out there for us guys over 50.The thing is with internet dating,it allows you to pick and choose from literally thousands of individuals.Even women over 50 have tons__ of attractive younger men 20 and up wanting to hook up with them and see what develops if anything more than a date. It's funny how us over 50 guys don't have tons of attractive women 20 and up asking us out,lol. I can recommend POF,love that it's FREE and LOTS of people there to meet. Connecting Singles is another free site you can try. Yahoo Personals isn't free,but it has alot of women on it.As for Adult Friends Finder,I think it probably is a great site if you're a guy who's really attractive and under 35. Most of the women there under 45 are having the time of their lives going out with the younger men so they aren't too interested in the older guys. And most of the women there who are__ over 45 or so just aren't that hot looking.Just my 2 cents,lol.

Plenty of Fish or Plenty Offish?

I like that it's free - doesn't make just posting a profile such a decision. 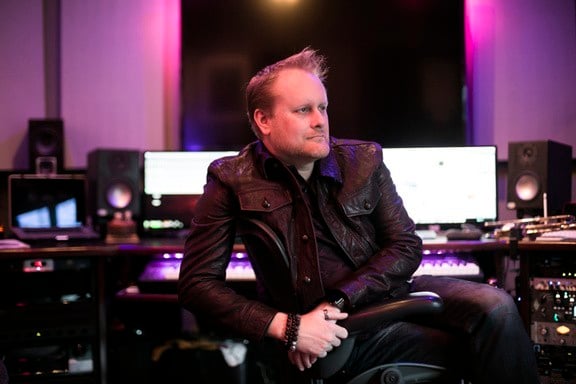 I have never done it. But my girlfriend did before we met. (We met in person at an event and have been happily together now for 2 1/2 years). Her problem with it all was that with the online dating...the very first time you meet the person...the expectation is usually that YOU ARE ACTUALLY ON A DATE and she felt that to be a bit awkward at first and that it set up certain expectations that were hard to navigate. Despite the fact that you can engage each other in an email conversation online before hand, that is not the same. The person is still a stranger. She found that most people online do not accurately represent who they are in person. I guess that is what eHarmony tries to address with its system of profiles.

It is a good way to meet people you otherwise would not meet. But I would say as long as you go into it with the proper mindset that the first time you meet someone you are not really on a 'romantic' date with them...but rather, it is just a meet and greet to see if you would like to get to know them further...then I would say it may would be worth a try. 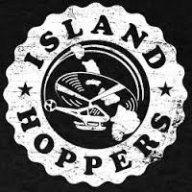 Once I saw eharmony mentioned, I knew the conversation would eventually get here. Let's not get the thread closed.

I guess it would be more accurate to say that it's fairly well-known that eharmoney doesn't cater to non-christian values. You're unmatchable if your gay or lesbian. Likewise, if you're separated you'll get rejected as well.

Can't look it up right now, but a quick google search will pull up this information for you. As well as several of the discrimination cases filed against them.
B

I can't advise on the pitfalls for heteros, but I can tell you athat on gay.com, the alleged ratio is 12 "batshit crazies" for every 1 sane person. HOWEVER, it is not a matching site. You are totally on your own, there. If you go it alone on non-matching hetero sites, you might find the same thing.
You must log in or register to reply here.
Share:
Facebook Twitter Reddit Pinterest Tumblr WhatsApp Email Link