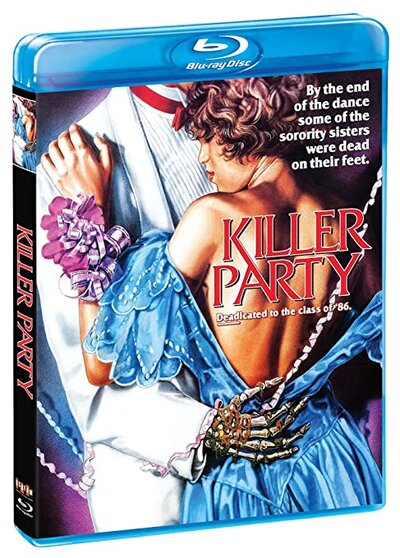 We cordially invite you this Halloween to a KILLER PARTY – the 1986 wild supernatural slasher cult fav – which makes its debut on the Blu-ray format in North America on Oct 26th!
It’s April Fool's Day and the sisters of Sigma Alpha Pi believe they’ve found the perfect place to throw a party: the abandoned fraternity house where a guillotined pledge once lost his head in a hazing gone awry. But shortly after their revelry begins, the student body count starts to rise as the vengeful pledge returns from the grave and makes it a party to die for.
Featuring appearances by Paul Bartel (Death Race 2000, Chopping Mall), and Martin Hewitt (Endless Love, Alien Predator) and the debut of Joanna Johnson (who would graduate a year later to her longtime best-known role on The Bold And The Beautiful). Written by Barney Cohen (Friday The 13th: The Final Chapter) and directed by William Fruet (The House By The Lake, Spasms, Funeral Home).
Extras to be announced on a later date.