It may help to put this cut in context. A narrative has developed recently, one which I do not believe to be entirely true, and is contradictory towards the original reporting.

Snyder went into production on Justice League, but as production was in full swing and material was being assembled, it was reported at that time that the film was not coming together the way both Warner and Snyder had hoped. By mutual agreement, it was reported, production was shut down because all involved agreed that shooting the script pages that weren’t working wasn’t productive. It was reported at the time that Whedon was brought on, at Snyder’s invitation and with his full endorsement, to create new script pages that would address the problems Snyder and Warner agreed existed, and that Snyder would then shoot those pages to complete the film. While Whedon was writing, Snyder experienced a terrible family tragedy, and quite understandably was not able to continue. The logical move, as agreed by all parties and reported on at the time, was to have Whedon direct the pages he had written for Snyder, since Whedon was both familiar with the material and experienced at directing tentpoles.

This idea that Snyder had the film taken away from him has never been supported by the available evidence. Nor has the evidence ever supported the supposition that Snyder delivered a finished film that Warner then rejected. While more and different material exists than what was in the theatrical cut, that material came from a script and a shoot that by all contemporary accounts was not working.

I am sure that Snyder will stitch together something that’s watchable. It may or may not be better than what we’ve already seen. But I think this notion that Snyder created a fully formed masterpiece and had it taken away from him by people who didn’t understand his vision is not supported by the reporting.
Reactions: Tino, jayembee, Jeff Adkins and 2 others

Also, let's not forget that Snyder was 100% on-board for Batman v Superman, and we know how that turned out. While I'm interested in seeing his cut of Justice League, I'm not under any illusion that it's going to be some grand masterpiece of filmmaking. Could it be better than the theatrical release? Sure. We'll just have to wait and see.
Reactions: jayembee and Josh Steinberg

I think at the least it’ll fit better with the prior two installments. I don’t love MOS or BVS but they are interesting and different and felt huge in scope and scale, and JL as released in theaters felt smaller and more conventional. It felt unsatisfying to me as a conclusion to the previous films. I’m hoping that this take will do better in that regard.
Reactions: Sean Bryan and dpippel 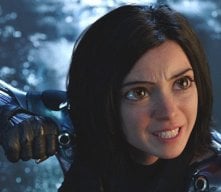 Watched the extended Snyder cut of Batman v Superman last night for the 3rd time, but it's been a while. I really liked that cut, and this new cut of Justice has me very curious. I will definitely give it a go.
Reactions: George_W_K

Josh Steinberg said:
I am sure that Snyder will stitch together something that’s watchable. It may or may not be better than what we’ve already seen. But I think this notion that Snyder created a fully formed masterpiece and had it taken away from him by people who didn’t understand his vision is not supported by the reporting.
Click to expand...

I think it's also worth noting that this movie is not anything close to what would have been in theaters or even a director's cut released the next year. They're redoing effects, shooting new footage, it's four (!!!!!) hours and it's broken into pieces.
Reactions: Josh Steinberg

TravisR said:
It's a wonderful song but since Cohen died, it's been done to death.
Click to expand...

dpippel said:
Also, let's not forget that Snyder was 100% on-board for Batman v Superman, and we know how that turned out.
Click to expand...

After last night, its use in this trailer doesn't seem so bad. It's funny how quickly your perspective can change.
Reactions: Sam Favate

The trailer is no longer the worst use of the overused song.
Reactions: TravisR and Neil Middlemiss 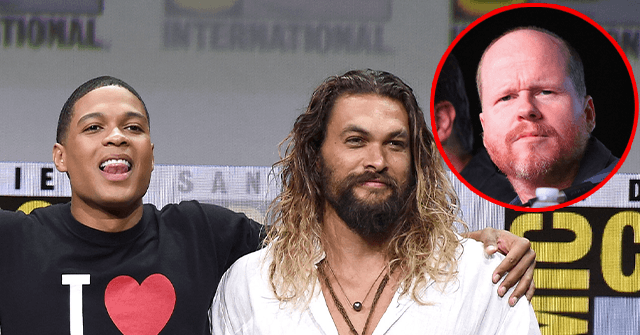 Hollywood action star Jason Momoa has made his most explicit comment yet concerning Ray Fisher's allegations about how director Joss Whedon created an abusive and unprofessional atmosphere on the set of Warner Bros.'s Justice League.

Hmmm. Sounds like the allegations by Fisher are true.

"Ray Fisher speaking up about the shitty way we were treated on Justice League reshoots. "

Not looking good for Joss

-Thats not a legitimate journalistic outlet, and not a publication that has any industry trade legitimacy either. Take everything from it with a grain of salt.

-The source is an old social media post that offered absolutely no specifics or contexts for what the alleged behavior is. It’s hard to judge a dispute when the accusing party has not made a clear allegation.

-Based on what information has been publicly reported and sourced from legitimate publications, there appear to be some details which do not seem to be in dispute:
—Zack Snyder ran a more open set, and because all parties during filming acknowledged the script wasn’t working, there were attempts to work through it on set, and the actors’ suggestions were welcome at this time
—The project was originally conceived as a two part film and then condensed to a long single film and this transition was happening just as they were beginning to shoot.
—When production shut down, Warner remained determined to keep the release date and committed an extraordinary amount of resources to the project to ensure the date would be kept
—Whedon was hired by Warner in consultation with Snyder to write new script pages, and when Snyder had to step away, Whedon was the logical choice to shoot the material in the limited timeframe allotted.
—As a writer/director, Whedon (like many other filmmakers) prefers to shoot the material that he’s written and is not known for being big on improvisation.

Look, I don’t know if Whedon actually crossed a line and behaved unprofessionally on his set. Since no one has come forth with an actual description of what he’s alleged to have done, I have nothing to go on (and it ain’t up to me anyway). But it also seems like the production went from an environment where the cast was invited to offer their suggestions and given time to improvise and work their way through the material, to one where their roles had been drastically reduced and one where Whedon had to shoot specific things at specific times at a breakneck pace in order to make a release date. I can understand how the actors would be disappointed and feel a little whiplash. Ray Fisher signed on to play a significant role in two major films, had that turn into a significant role in a three hour film, and then had that turn into a minor role in a two hour film. He went from a position where the director wanted to collaborate with him to one where the director needed him to just do whatever was on the page. I can empathize with that. That objectively sucks.

What’s unclear to me - and to be fair, I’m a guy on the internet and not someone who was there on the set so I don’t expect someone to explain it to me - is whether this was just a sucky situation where people were going to be unhappy because the project was changing or whether Whedon and other executives crossed a line.
Reactions: BobO'Link, Sean Bryan, Sam Favate and 5 others

I'm not making a judgment about whether something inappropriate happened. But I wouldn't trust anything that came from Brietbart. Absolutely nothing.

If Fisher and Momoa have a story to tell, they should tell it to one of the Hollywood trades that would be more than willing to listen, and which would then seek to corroborate the story.
Reactions: Johnny Angell

Sam Favate said:
I'm not making a judgment about whether something inappropriate happened. But I wouldn't trust anything that came from Brietbart. Absolutely nothing.

If Fisher and Momoa have a story to tell, they should tell it to one of the Hollywood trades that would be more than willing to listen, and which would then seek to corroborate the story.
Click to expand...

If Breitbart told me the sky was blue, I'd look out the window to make sure but they simply pulled this story from Mamoa's Instagram account.
Reactions: DavidJ and Johnny Angell

I'm guilty of pulling articles from sites I know nothing about the integrity of, that is for sure. the first "news" that pops up is the one I grab. But I first noticed the story on Yahoo news from "Indiewire". I'm going by the direct words from Jason Momoa on Instagram...which are very telling in my opinion. I doubt this fuss would be raised if it wasn't above, and beyond normal rushed production stress. from the harsh words from Momoa, it seems their treatment was pretty poor.

I wasn't paying attention to the article location either, until I got to the last paragraph. It all seemed pretty standard up until that point.

Cameron Yee said:
I wasn't paying attention to the article location either, until I got to the last paragraph. It all seemed pretty standard up until that point.

Yup, it is nearly impossible to find a news source these days without political bias. As bad as Fox News, or CNN. Trying to find fair and balanced journalism is a task in itself.

Bryan^H said:
Yup, it is nearly impossible to find a news source these days without political bias. As bad as Fox News, or CNN. Trying to find fair and balanced journalism is a task in itself.
Click to expand...

All politics aside, Brietbart is just bad journalism. (I hesitate to even use the word.) As a trained journalist, what their site passes off as reporting is offensive. It has nothing to do with their politics.
Reactions: Colin Jacobson

For anyone who thought The Snyder Cut was going to be some sort of magical, beautiful thing:

That and the other reshoots just confirm that the original reporting had been correct - that shooting wasn’t complete and there had never been a completed “Snyder Cut” prior to Whedon being hired to write additional script pages.

Snyder over social media had posted earlier in the year that “of course” there was a completed cut of his version, and while that supposition had never been supported by any evidence, it furthered a false narrative that he had delivered a completed masterpiece and was unfairly removed from the project, when the truth was much more nuanced: that the script they started with wasn’t working, and that all parties agreed for the need to make changes.

If Snyder had completed his version minus post production, there wouldn’t be extensive reshoots now with cast members that had never been involved with the original shoot.

I have a tremendous amount of sympathy for the devastating personal loss he experienced, and I have sympathy for him not being able to complete a project that clearly he had invested a lot in. But I’m a little turned off by this narrative that’s been furthered that Snyder was the victim of the evil studio.
Reactions: jayembee and TravisR
You must log in or register to reply here.
Share:
Facebook Twitter Reddit Pinterest Tumblr WhatsApp Email Link