I went and listened to the 13.5 in version of this thing and it was phenomenol. The price tag is phenomenol as well. Is there anything out there cheaper, that is as good sounding or better?

If you search around, you'll see some subs made by Mark Seaton. I believe the one to check out would be the Submersive. It's probably one of the few subs out there to get in the range of the F13, with a slightly better cost.

Here's a thread that you might consider checking out.

I have had one for about a week now and it really is amazing. (so is the price though) There is no way this little sub should be able to do what it does. Here are some pics for anyone that is interested..... 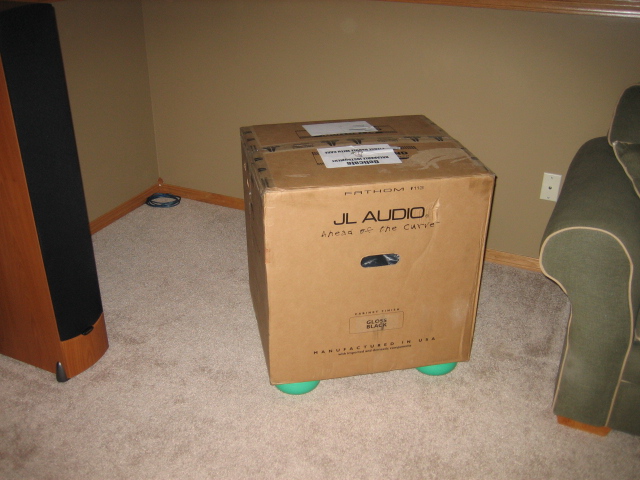 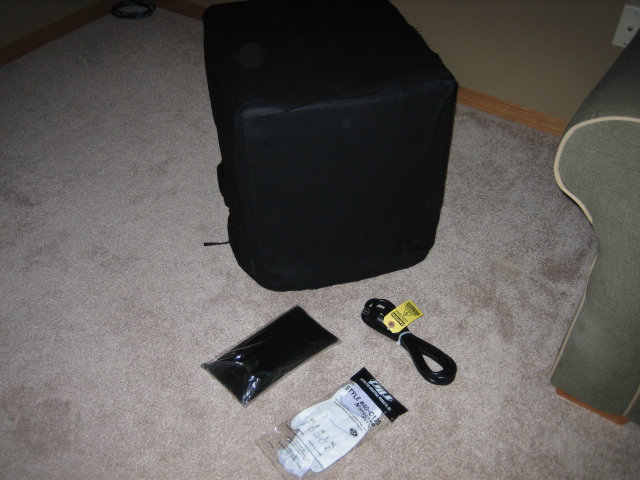 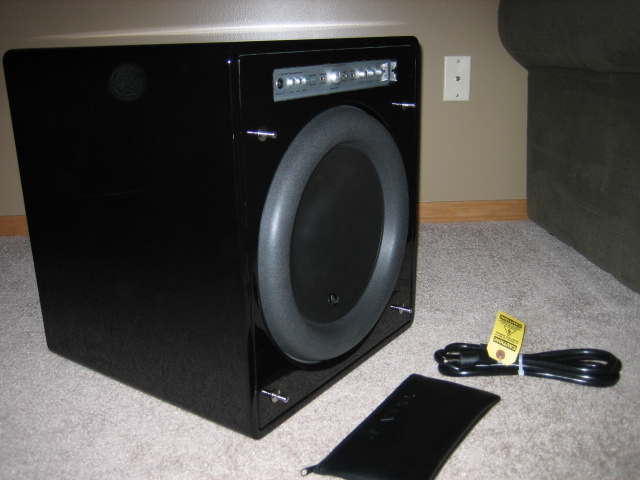 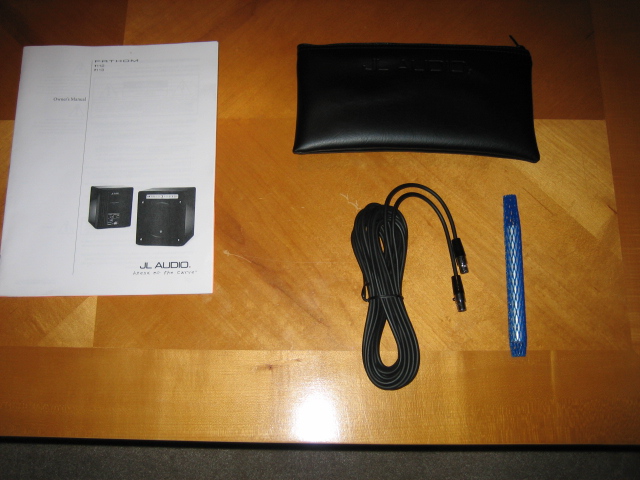 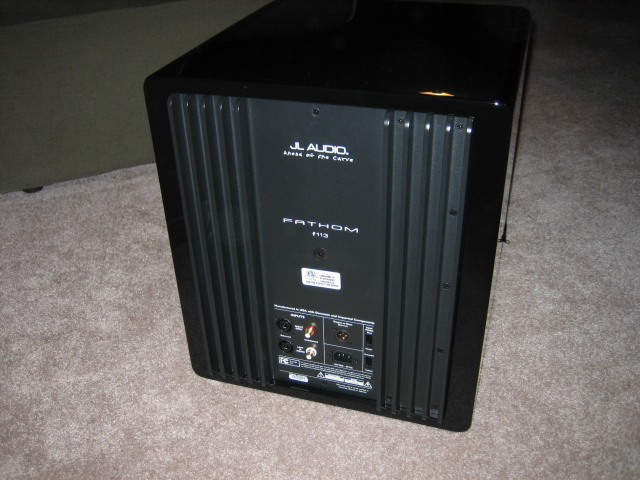 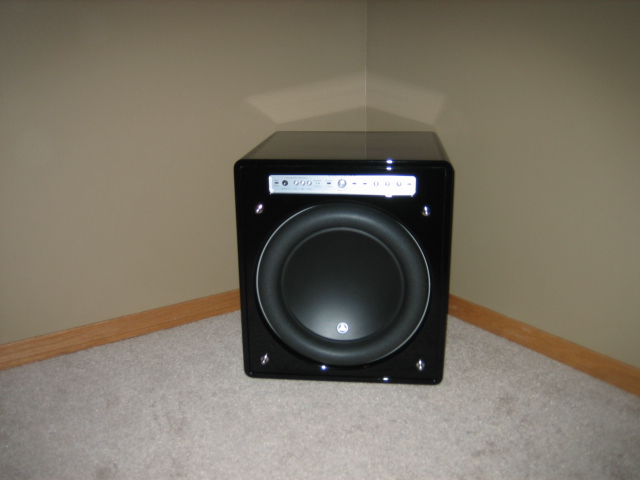 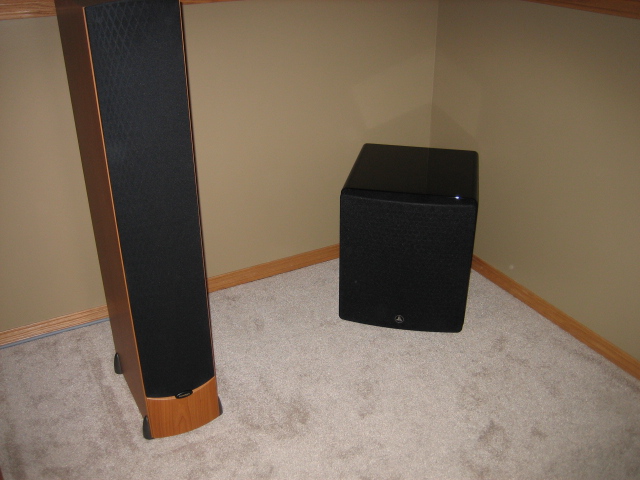 I have owned several and still own some SVS subs and they are still the leaders for price vs. performance in my book. However, JL is showing what is possible with extreme driver and amplifier technlogy. A single F113 will extend lower and play almost as loud as my dual PB12+/2s did. It also does it with the accuracy of a DD-18.

Nice Eli...I haven't been following the AVS thread, what kind of EQ interface is used...similar to the DD/SMS?

It is a single band PEQ that attempts to eliminate the worst peak in your room. The Velo system uses 8 eqs. It is an automatic system and there is no manual adjustment. (there is a bypass though)

We do not know any specifics on it but JL claims it to be very advanced. At first glance you would assume the Velo system to be far superior but the JL system appears to be doing an excellent job. Several owners of the Fathoms have sold their SMS-1s because they felt the ARO was sufficient.

An SMS-1 will give more adjustment. Is it needed in addition to the ARO? That I cannot answer. YMMV

Also, Craig did some GP measurements of the F113 against the DD-18. The F113 plays lower and louder. The difference was 6db at 25hz and about 3db at 16hz if I remember correctly. The graphs are in the thread at AVS. (I know, I know. I didn't believe it either until I heard it)

I didn't want to go through the whole thread, but I did see the last page...I don't want to know about it. Sounds like a superb sub and it looks tiny. Have a ton of fun with it.

I have had the Fathom in for an A/B comparision with my Velo DD-18 for the last week and a half . For me the results were very close. I found source material where i preferred each of the subs. In general, the Fathom was better for music and the Velo for movies though there were exceptions.

Some less subjective points are:

The Velo's 8 band EQ is more flexible, but the Fathom's ARO worked very well in my large open space. Smaller size of the Fathom is nice, but it is 20lbs heavier. Both are extremely well made and nicely finished (piano gloss). The Velos software is upgradable, I'm not sure if this is possible on the Fathom. Velo has a remote, the Fathom requires removal of the grill in order to access the controls.

Bottom line for me was that I already own the Velo and the performance delta was small. Being as I was only keeping one sub, the Fathom is being returned. Now if I had owned neither sub and was evaluating a new purchase, the results might have been different. Really, anyone would be happy with either of these great subwoofers. It is nice to see new products like the F113 pushing the price/ performance envelope for sealed subwoofers.
You must log in or register to reply here.

C
Sound Bars.. educate me on them please

Feb 14, 2021
gisixobe
G
A
Need advice on what subwoofer I should get to pair with my Sennheiser Ambeo soundbar to use in my CO-OP to not anger my neighbors