iPhone 5: AT&T or Verizon? Or suffer until iPhone 5S?

Time to upgrade my iPhone 4's approaches. I'm on AT&T 3G on the small data plan (grandfathered), and on a corporate discount I can't get if I switch carriers. Wondering what to do next. Is 4G better on V than A? Is it better to wait another 7 months for the next iPhone update? Everytime I demo android phones, I know less than when I started. Is there any point looking at those again, for use in a Mac household? What would then be a split household, since wife will not switch..

Dave, This thread is going to rip open a hornets nests of opinions. Verizon definitely has better LTE 4G coverage nationwide. I am on AT&T and there is still no LTE coverage in my area although I am only an hour outside of NYC. So, overall, I think Verizon is the better choice. That being said, if you are on Verizon and don't have LTE, AT&T is actually the better choice. Verizon apparently puts non-LTE users on a slower network than AT&T. In other words, AT&T will be faster. That is the reason I stick with AT&T as I travel often and tether using my phone. As far as what phone to go with? Wow! I moved from iPhone to Android and I am not looking back. The Galaxy Note II is the absolute best phone I ever owned. I love the size and I love using the S-PEN. Compatibility with my Apple products is not as fluent as having an iOS device, but I have been able to keep everything in sync thanks to workarounds and/or third party applications. It is rumored iPhone 5 may have a larger screen. However, I don't know if it is worth it for you to wait 7 months to find out (if it will be that long). All I can do here is say that many people I work with have moved away from the iPhone and towards the Galaxy Note II. That is the Android phone you should be looking at if you are considering moving to Android. I would also consider the Galaxy S3 if you need something slightly smaller. Otherwise, the iPhone is always a solid choice. 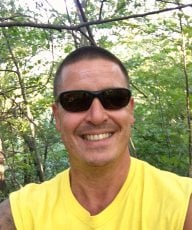 Dave, I have Verizon and havent looked back. I get great 4g coverage in my area (CT). I used ATT for 3 years and had terrible coverage in my area. I had an iphone 3 and 4 and finally got rid of them and went android. Not that the iphone is bad its just so locked down you cant modify it. I unlock and root all my phones and run custom ROMS on them. Cant do that on an iphone. I agree with Ron, the Note 2 is the best phone I ever owned. Love the huge screen, I dont use the s-pen too much, but nice to know I could.

You could take this guy's advice....

I realize my saying this will bring out the iPhone fans but.. I dropped my iPhone5 which I received day 1 through work in favor of the Nokia 920 (Windows Phone) and have been exceptionally happy. My wife dropped her 4S and we ordered up a Note II. My son is trading out his 3GS and going with a 920, and the other son when his contract comes up is going to see what's out there but right now, iPhone is low on the list. The biggest functions that we have come to really use just aren't on iPhone. I admit, I'm not a huge apps person. There are some I really care about but not a ton. But the basic features, from quality of camera, ease of integration with contacts, mail handling, NFC etc.. the iPhone just lags way behind. I was driving somewhere yesterday with a friend, and when my wife texted me and my car audio system announced: "Text message from Wife: Pick up eggs... you can say "Reply" or "I'm done" And I replied and sent a text they freaked out. It's those small touches that the iPhone has just kind of lost track of. My wife loves the NoteII, and I love the 920. But we both are pretty happy we switched. We'll keep our iPads (I may be trading out for a 128GB one soon) but for a phone right now unless Apple comes out with something overwhelming, they get farther behind.
You must log in or register to reply here.
Share:
Facebook Twitter Reddit Pinterest Tumblr WhatsApp Email Link