So when the iPhone 12 came out, I noticed how tight the connector fit and took more effort to remove the plug from the phone. It then occurred to me to look at the connector with a loupe. I was surprised the iPhone X had 3 years of lint in there. And each time I plugged the connector in, it jammed it in there until it built up. So I found a thin plastic stick, so it was non conductive, and scrapped all the lint out and vacuumed it. It made a difference. The connector now seats fully and the spring retainers in the connector inside can grab onto the recesses on the sides of the plug to hold it in firmly. This has my thinking to be more conscientious to check the connector on the iPhone 12.

It's been a month. What's the word on screen damage? Do the iPhones have garbage screens that are easily scratched? Or can normal people buy and use them without worry?

Yeah Clinton, I found several articles and YouTube videos on lint removal, I didn’t realize it was such a problem for people.

Dave, my iPhone 12 P has a Power Support film on it to protect the screen. And it’s only left the house a few times. So it’s been home mostly.

DaveF said:
It's been a month. What's the word on screen damage? Do the iPhones have garbage screens that are easily scratched? Or can normal people buy and use them without worry?
Click to expand...

Wouldn't know. Was afraid to find out so the first thing I did was put that Spigen film on it (which I linked to earlier and I'm a huge fan of, in both performance and ease of application, as well as price) and have never looked back. If you plan on using it without a screen protector, I'm sending good thoughts your way.

No screen protector or case. No scratches or damage of any kind either. My phone lives in my front left trouser pocket all day at work except for when I’m sitting at my desk.

It may very well be that those of us who had problems with scratches on the 11 got duds and Apple was unwilling to admit to it. It was a 1 year phone for me so I lived with it under the assumption that it was my fault. If I paid to keep it I would have raised more hell over it. I'm glad the issue has not surfaced here so far.

YouTube suggested this video review of the Belkin car MagSafe mount. I thought the reviewer was a goof, sorry if you are a fan of his, but he demoed the car mount with the iPhone 12 mini and up to the iPhone 12 Pro Max and it looks promising.

This second video popped up of another mount, again, these guys are not in my regular viewing channels. There must be more professional reviews out there of these.

Here’s a review from Apple Insider. They were less impressed. 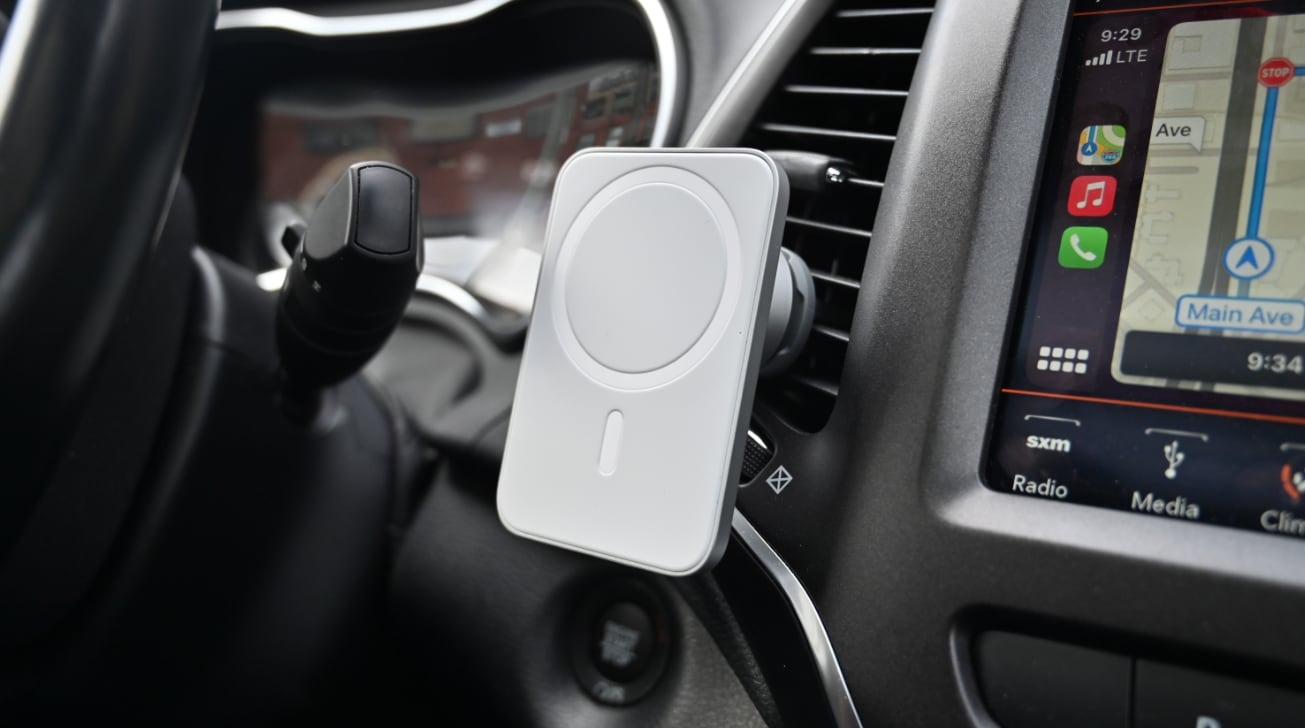 Belkin's new car mount is the first official third-party MagSafe mount to start shipping, but with limited functionality, it isn't quite as "pro" as we were hoping it was.

I can't tell what they're complaining about. That it's not metal? That's a stupid complaint. Of course a lightweight, low cost, ventholder is going to be plastic.

DaveF said:
I can't tell what they're complaining about. That it's not metal? That's a stupid complaint. Of course a lightweight, low cost, ventholder is going to be plastic.
Click to expand...

That might be what they're complaining about, but at the end of the article, they say that they are looking forward to a model that could support charging.

For some background, all my music is ripped from my CD collection with the iTunes app with the lossless setting. I do not buy music from iTunes or download any music used in iTunes. (Except that U2 album that I didn’t ask for that iTunes gave me) For the TV shows and movies, I ripped my DVDs of Star Trek TOS and a few movies with Handbrake. I did use The digital codes for three movies and downloaded those from iTunes. I wanted to try that and see how it worked out. I also bought 3 or 4 movies from the iTunes movie store to see how those worked out.

So when I plugged my iPhone 12 Pro into the Mac Pro and I saw it start to synch, but I noticed after many minutes, that songs in the iPhone 12 Pro iTunes library were all duplicating songs! So every album was showing duplicate copies of each song. So I stopped the syncing and tried to do some research. I noticed some of the album artwork changed too. The best I could figure was one forum said to unsynch the music library and re-synch. I couldn’t get that to work, but I theorized that what happened is maybe iTunes thinks all the music files in the iPhone was downloaded. So iTunes left the songs there and added the songs from my library from the Mac Pro, even though the songs are all the same. So based on what I read about unsynching the songs on the iPhone, I decided to manually delete all the albums and songs from the iPhone 12 via the Settings/storage/music. Once I did that and then synced the iPhone 12 Pro to the Mac Pro, the music files all entered the iPhone 12 properly and is working now correctly.

I also found an oddity in the TV app on the iPhone 12 Pro. I ripped all the Star Trek TOS episodes as I said above. In looking at the episodes in the iPhone and iTunes on the Mac Pro, I could see only the first season had duplicate episodes. Those duplicates are also in my iTunes library on the Mac Pro! I didn’t buy those. I stopped the synch, so maybe that’s why it’s only the first season. I could tell the versions I ripped are there because of the way I titled each episode. There was also a copy with the “HD“ in the title. I didn’t buy those! Made me wonder if because I legally own the DVDs and Blu Rays of Star Trek, iTunes is letting me download high res files? That doesn’t make sense. Maybe because I have a CBS All Access account? I doubt that too. So my plan is to delete all those HD copies from my iTunes library on the Mac and delete all videos on the iPhone 12 Pro and see if I can re-synch the iPhone to the Mac and see if it will behave like the iPhone X did.

My Mac Pro is a 2012, the last of the towers made before the cylindrical model. So it’s OS is High Sierra now, my plan Is to update to Mojave soon. In case that information makes any difference, I’ll be interested if anyone might know what’s going on. Thanks!

I ran into the duplication issue on my iPhone 12 when I did the quick setup and transferred data from my old phone to the new one. My solution was to delete all music from my iPhone then let it resynch from iTunes while tethered to my MacBook Pro.

Thanks Clinton! That’s what I did too to fix the duplication issue. I’ll never do that quick set-up again!

I traded in my XS this weekend for a 12max pro

Why don’t these things come with a manual.
So much research needs to be done to figure out all the features.

Don’t think I’ve had a phone without a case or screen cover since maybe the first iPhone.

This iPhone reminds me of the 5 that had the issue with the antenna and they gave free Bumpers to those that wanted one.

Swithced over to Verizon from att.
Down here in SW Florida I drive around doing Grubhub and a couple food delivery apps and there are too many service drops here on Att so giving Verizon a shot.

Lst time we had Verizon I had a flip phone close to 16 years ago.

Here’s everything you need to know about iPhone, straight from Apple. This definitive guide helps you get started using iPhone and discover all the amazing things it can do.
support.apple.com

My iPhone 12 was finally updated to iOS 14.6 about a week ago. I was really curious if the FaceID feature updated for mask wearing would work. And it does! That is pretty neat that it’s using the Apple Watch to unlock the iPhone when it sees a mask. The other neat thing is a notification on screen that the Apple Watch has been unlocked by the iPhone. Before it would unlock the Apple Watch, but this is nice to see the notification.
You must log in or register to reply here.