I plan to pre-order an iPhone 12 Pro. Likely the white version with regular stainless steel sides. And I’ll max out the memory. I’ll likely keep the iPhone 12 Pro for three years, so why not max it.

I may glue this print-out onto a piece of foam core and cut these out to get a better sense of size later today.

(I didn’t see a new thread yet, so I thought I’d start one. If not appropriate, please moderate as you see fit.)

Here’s a quick and dirty mock up. 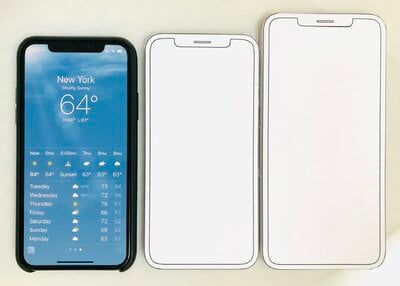 iPhone 11 are close enough in size that these can be helpful.

Whether you're ordering a new 2019 iPhone model online or just want to know how they look in your hand before buying in person, use these printable cutouts to see which one looks and feels best.

Thanks Dave, I almost used those when you linked to those in the other thread. But I was thinking it’s not the 12. You are right though as I didn’t check then, the width is very close, the long dimension though is a little longer on the iPhone 12 Pro and Pro Max.

So far my brain says the Max is too big, but my heart kind of wants to go bigger. By the way, I placed the Max mock up on top of my first gen iPad Mini. The body of the iPhone 12 Max long dimension is about the same as the screen width of the iPad Mini.

Nelson Au said:
By the way, I placed the Max mock up on top of my first gen iPad Mini. The body of the iPhone 12 Max long dimension is about the same as the screen width of the iPad Mini.
Click to expand...

I did that comparison because we decided to get my wife an iPad Mini to go w/ an iPhone 12-something (probably 12 Pro) -- she's going from 7-plus, which is about same overall size as 12 Pro Max, but weighs same as the smaller 12 and Pro. She had originally wanted a duo screen Android that would probably open up to something close to the width of the iPad Mini. The iPad Mini is still another 2.2 inch or so taller than the 12 Pro though.

Me? I'm probably going from the budget priced regular 11 (about same size as 12 and Pro) to the 12 Pro Max.

Man, do you mean this? 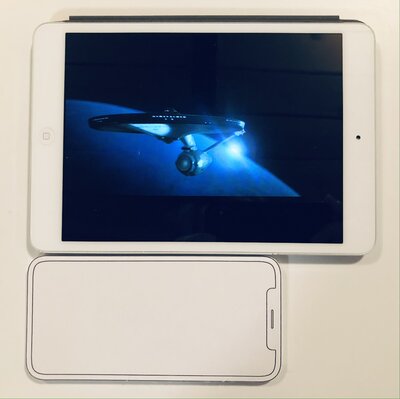 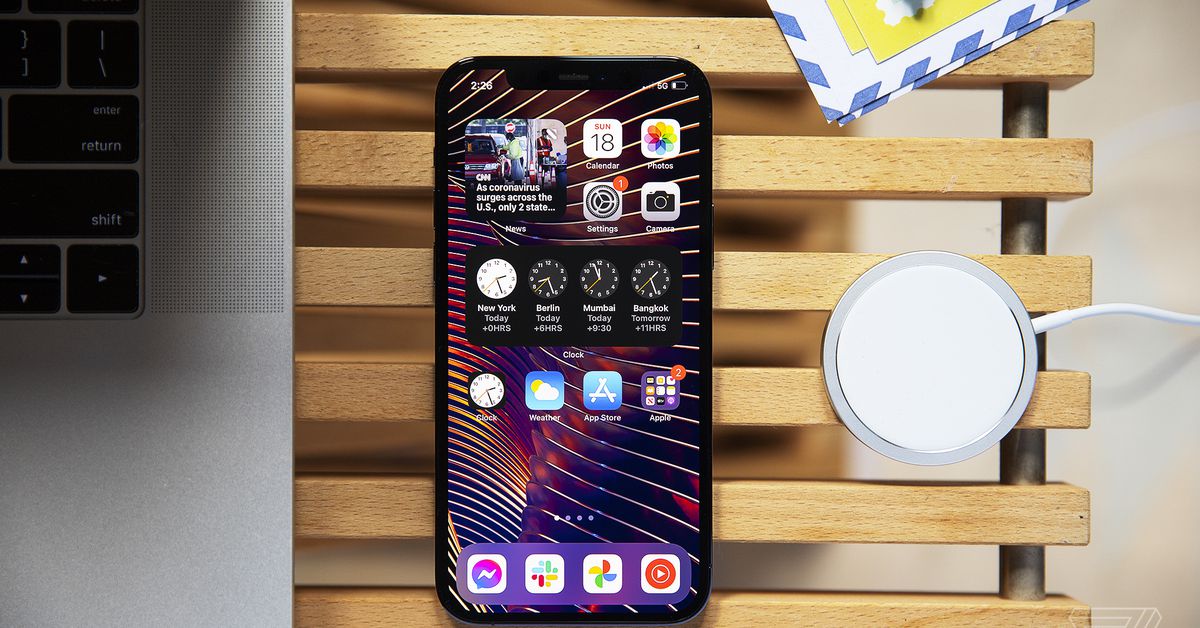 Apple iPhone 12 Pro review: ahead of its time

The big thing about the Pro model this year is it’s shiny. 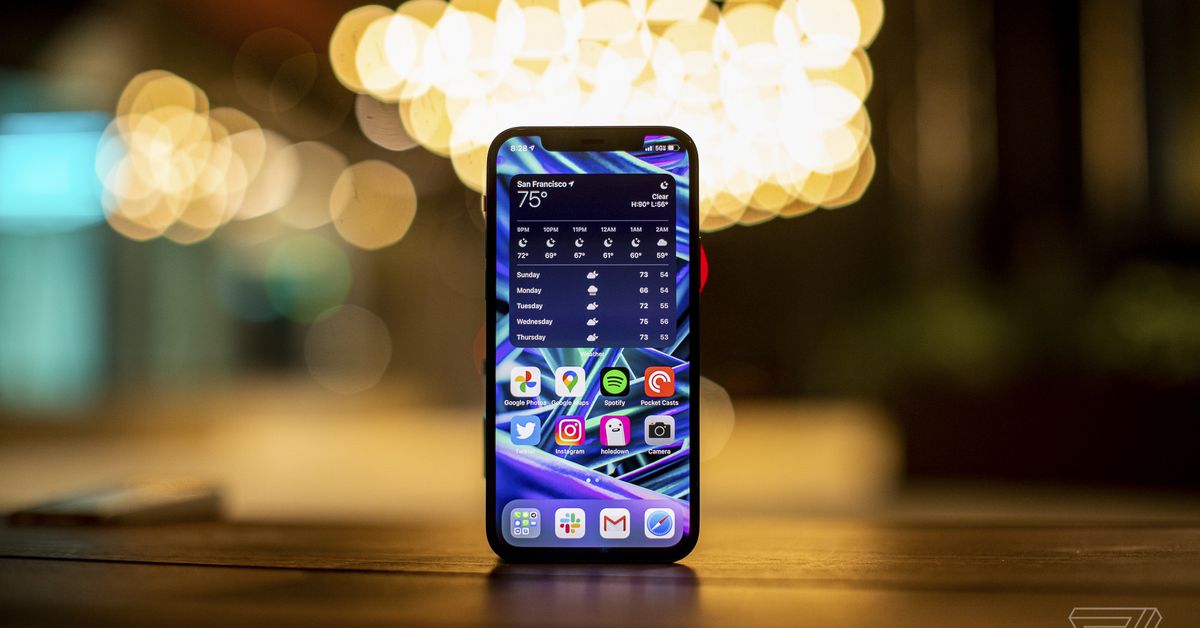 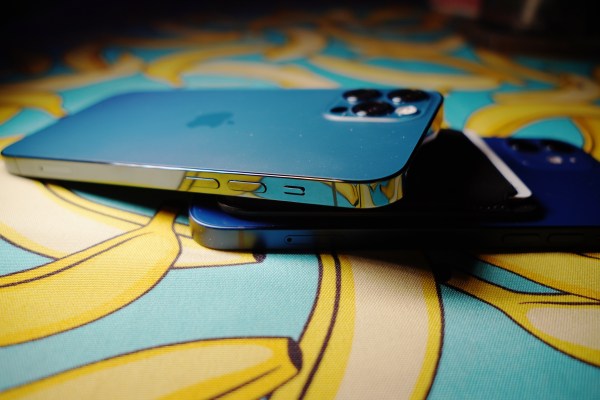 There’s an odd tension in only being able to review half of the new iPhone lineup. Though this review is focused on breaking down the iPhone 12 and iPhone 12 Pro, we all know that the iPhone 12 mini and the iPhone 12 Pro Max are sitting out there in the wings. Fortunately, we can […]

Apple's new iPhone makes a good upgrade if you're ready for a new phone, but don’t buy it just for 5G.

Apple’s $1,000 phone is not quite the best iPhone. But it does offers some compelling upgrades.

Thanks for the reviews. I see that iJustine has an unboxing video out too. I’m still torn on which size to get, still leaning towards the iphone 12 Pro size.

I've given The Verge reviews a quick read. Very much in line with normal people should get the 12, people who are want to spend extra for new shiny can get the 12 Pro, and 5G is a big meh.

So looks like you can turn off 5G altogether(?)... by setting the iPhone to LTE instead. I'll probably be doing that just to avoid any unnecessary waste of battery power.


I’m not understanding the MagSafe system now that I’m seeing in action. I like the simplicity of wireless charging: drop or grab it. Magsafe seems to add extra friction of dealing with the magnet charger itself every time.

I went over the Verge review too. I can understand that opinion.

I have not seen Marques unboxing yet, I will do that next. I did see the unboxing from iJustine earlier and from what I saw, the MagSafe work by magnets in both the iPhone and the MagSafe. Without handling it myself, what I saw I liked as the magnets will automatically center and align the MagSafe to the phone in the right place. But also what I hope to try is to make a holder in my car and I’ll add magnets to it so the iPhone will be attached to the holder and stay in place while driving.

Also for those interested in the camera performance, iJustine was doing her video in parts with video from the iPhone 12 Pro.

The Joanna Stern video is the best review so far, for me. 6 minutes and done. No time wasted opening boxes. Very clear on key strengths and weaknesses.

So when you see that the new iPhone 12 and 12 Pro have 6.1-inch displays, 12 years of iPhone experience are going to make you think these are iPhone XR/11-sized devices. They’re not. In hand, in pocket, and to the eye, they feel and look like iPhone X/XS/11 Pro-sized devices.

I dig MagSafe charging. But it definitely is not a dock or a charging mat, like tabletop Qi chargers are. It sticks to the iPhone, so if you just pick up the iPhone while it’s charging, the MagSafe puck stays attached. It’s best thought of as a magnetic replacement for a Lightning cable, not a magnet charging pad. An iPhone attaches to the MagSafe puck, it doesn’t just rest on it. This is a feature — you can use your iPhone while it’s charging with MagSafe, just like you can with a Lightning cable. In fact, it’s even more convenient, because you can rotate the puck on the back to make the cable go in whichever direction is most comfortable.
Click to expand... 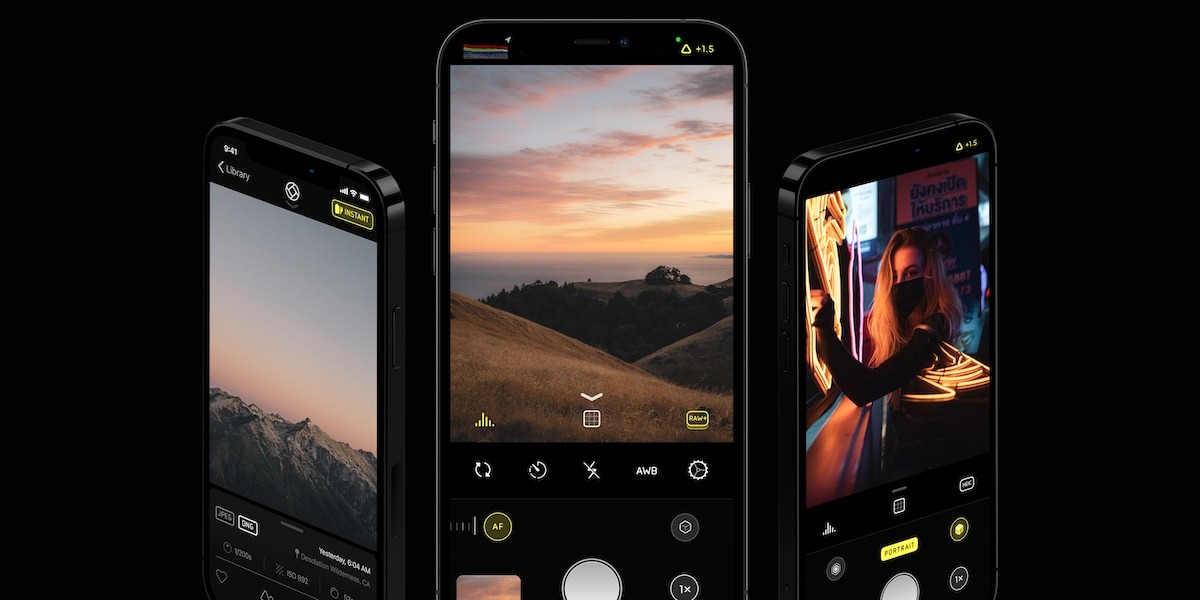 Lux Optics has debuted a new generation of the Halide camera app with a revamped interface, support for the iPhone 12 Pro ProRAW standard, and expanded professional photography tools.

I’m still torn about going to the Max size. I found this article comparing the 12 Pro and the 12 Pro Max. There’s not a lot of difference, just larger screen, larger battery and camera capability. It did say something that made me lean back to the 12 Pro, if one is not a Max or Plus user, then likely better to stick with the 12 Pro. If one is used to the Max or Plus sizes, you’d likely be comfortable with the new Maxie size.

I was curious, if the new screen has ceramic shield, if it’s more scratch resistant. It seems from what I’ve read, we don’t know yet. Someone mentioned they don’t carry an iPhone in their pocket with rocks in there too. I definitely don’t carry anything else in the same pocket as the iPhone. But just in case something unexpected happens, I’d feel better with the screen protective film.

And I thought I’d mention something funny. Speaking of rocks in their pockets, many years ago, I bought a used iPhone 3GS. It was for an accessory project I was designing for the phone and I didn’t have one. So I bought a used one on Craigslist. It was $200. It was nothing like described. Since it didn’t matter if it was perfect cosmetically, I bought it anyway. I could tell the seller had it in his pocket with his keys and coins and whatever else. The rear case was pitted from stuff banging against it, the screen had a few small scratches. And for a time, it had a case on it and the case left wear marks on the bottom of the iPhone. This is of course very early days of iPhone use, so they didn’t have the knowledge and processes they have now for cases that won’t scratch the device. I could not believe someone could treat their stuff like that!
You must log in or register to reply here.