Those high power ports on hubs are usually 2.4 amp. Fast charging is normally bad for maximum life of the battery. If the 2.4 amp charger works, I’d stay with that and let it take longer.

Thankfully my theater chairs will chair my iPad, albeit super slowly.

I might buy a couple of those nano 20W chargers for the living room, couch end tables. That could be handy (and cheap).

DaveF said:
But more practically: what minimum power supply does the iPad Air need? What USB hub do I need for my iMac to charge my iPad Air?
Click to expand...

USB-C charging might depend on using a cable that is rated for charging.

Then there is the matter of the power supply. Your iPad Air came with a 20 watt adapter, but "USB-A charging maxes out at 12 watts (5 volts, 2.4 amps) for Apple devices." (The New York Times - Wirecutter - The Best USB Phone Charger).

Thomas Newton said:
Then there is the matter of the power supply. Your iPad Air came with a 20 watt adapter, but "USB-A charging maxes out at 12 watts (5 volts, 2.4 amps) for Apple devices." (The New York Times - Wirecutter - The Best USB Phone Charger).

That may be optimistic. Other sources say that USB 1.0 and 2.0 can provide at most 0.5 amps over a downstream port, and that USB 3.0 can provide at most 0.9 amps. If you're using a USB-A ( USB 3.0 ) hub, that might mean that the hub can only provide 4.5 watts; less than 1/4th of the power output of the standard iPad Air power adapter.
Click to expand...

You're confusing two things. USB 1.0 & 2.0 DATA provides 0.5 amps and USB 3.0 DATA provides up to 0.9 amps. That is for normal data connections. They can still provide up to 2.4 amps from a charging device or the designated fast charge port of a data hub. 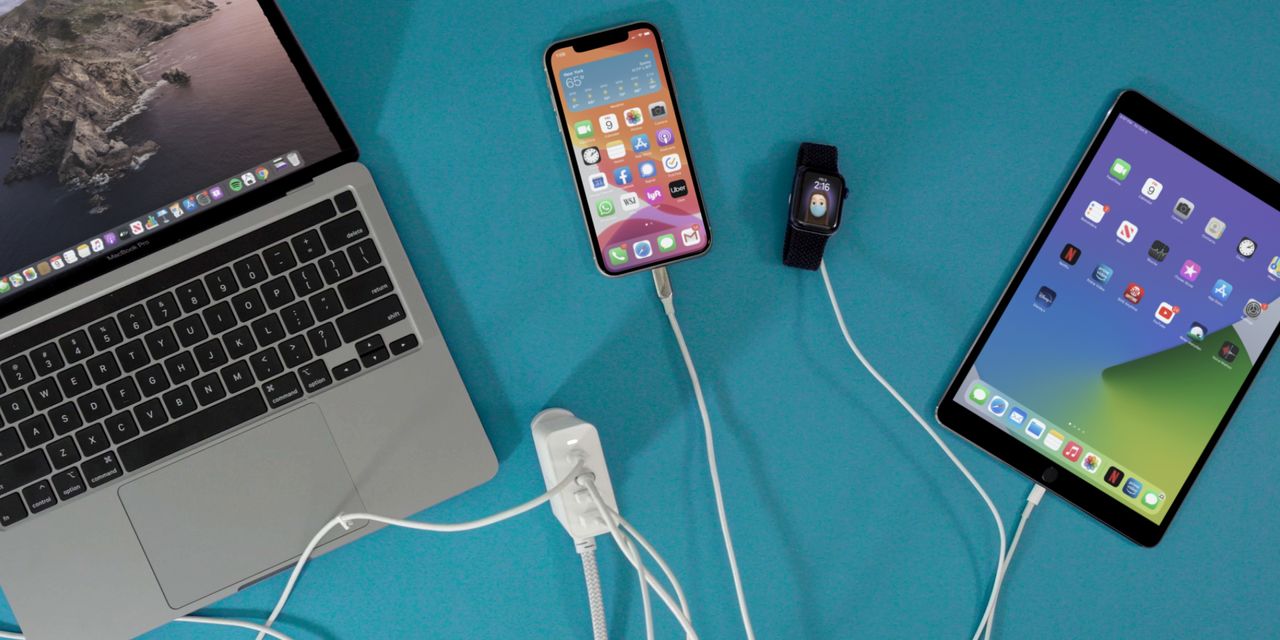 The Best Chargers for Your Phone, Tablet, Laptop and Other USB-C Devices

Apple will stop including chargers with the new iPhone 12 models. That’s good news. Time to invest in a single charger that can power up a phone faster—and even handle all your gadgets at once.

The USB C situation is a mess. For my iPad Air I’ll probably buy Anker and trust they’re made right.

I bought the $9 iPad case. I can’t muster any enthusiasm for $80 or $90 cases when I can get some pretty good for literally 90% cheaper. (Also why my iPhone 8+ is in a $12 plastic case.) And this means I don’t have nearly a hundred dollars invested in a basic case to regret if I do buy the $300 keyboard case.

This new style of magnetically attached folio, with no clip-in sides or corners to break is, solid. It seems like it will be durable. The feel of it is different without the case sides covering the hard iPad edges. It’s reminiscent of iPad Air 2 era mag covers that only had a spine, but this is a very solid attachment with the entire bad cover attached by a bunch of magnets.

I have no idea what makes Apple or Create folios $70+ better. If that’s your jam, rock on. But if you want to put your money into tech, not cases, I can recommend this:

Apple cases are outrageously expensive -- that is for certain.

This won't pertain to your situation, Dave, but when it comes to iPhone cases I generally spend the extra money due to past experiences and those I still read about online.

I have bought alternate brand cases for my iPhone only to see that there are speaker holes missing, the button cut-outs don't align, etc.

While I was writing this response I did a search on 9to5Mac for some beautiful Mujjo iPhone 12 leather folio cases that I was interested in buying from overseas. It looks like the article on the cases was pulled. In any event, in the comments section, those who just received their cases said that the description photos were misleading and that the buttons were completely different than advertised.

This is the reason why I hold my nose and buy the Apple brand. Now, for the most part, third-party cases are usually perfect. My concern generally is towards the leather ones that cost over $50.

Not that we've bought a lot, but of the five or so third-party cases we've bought for iphones and ipads, they've not had essential design problems. The $12 ipad cases I bought for the iPad were cheap and the plastic cracked after 6 to 18 months. But for $12, that was tolerable.

It might relate to buying cases first day, versus a couple months after the product is out and the case-maker quirks and errors are sorted out.

DaveF said:
It might relate to buying cases first day, versus a couple months after the product is out and the case-maker quirks and errors are sorted out.
Click to expand...

Oh, absolutely it is, Dave!

The problem is, if you buy your new phone or iPad on day one and want to immediately protect it, there is a concern about 3rd party manufacturing errors.

Hear that? It’s the sound of Mac fans. No, not your shiny new M1 Mac’s fans—chances are, you’ll never hear those—but rather, the sound of excitement rippling through the Mac commu…
beckyhansmeyer.com

There’s no question that Apple has struggled to craft a cohesive, compelling narrative for the iPad. For a long time, there seemed to be a distinct lack of product vision. Everyone likes to speculate over what role Steve Jobs ultimately intended the iPad to have in people’s lives, but not only is that pointless, it’s also irrelevant. We don’t need Steve to tell us what the iPad is good for. We know what it’s good for, and we can easily imagine what it could be good for, if only Apple would set it free.
Click to expand... 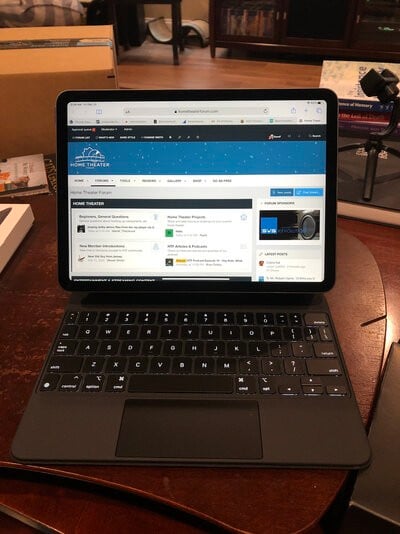 After an afternoon’s use, I like the keyboard a lot. But, it’s in an “uncanny valley” of computers. It’s so close to being a normal laptop, but then subtly and grotesquely violating keyboard and trackpad norms at time as to be really confusion and almost offensive.

Keyboard shortcuts don’t work in apps where I expect them to, because it’s an iOS app and not the actual desktop app.

Text boxes don’t scroll to advance text with arrow key use and instead require trackpad scrollling, in a weird and unexpected way.

Keyboard editing conventions aren’t all there.

The keys are not in the normal arrangement: there’s no “escape” key and there’s a physical ”globe” key to access emoji, but it’s where the Control key should have been.

And, it’s the keyboard for an effective 11” laptop, which is tiny compared to full-size keyboards.

I like it. A lot, so far. But it’s weird. Apple is *really* close to nailing this, but is missing little details in this uncanny valley between iPad and Laptop use.

Also, it doesn’t tilt back far enough. Wish it could tilt back another 10º.

But I can’t type. Wow, I can finally touch type on my iPad for HTF posting.

And it doesn’t fold back on itself. So I have to swap between it and the normal case for when I don’t want a “laptop”.

That’s ok, I knew that. But in terms of how Apple could perfect this:
* Extra 10º tilt
* Fold back so no other case is needed
* Finetune all the laptop “uncanny valley” oddities.
You must log in or register to reply here.