Initial impressions of the CDT5800 II in-ceiling speakers. For a number of years, I used the Klipsch RS-7 for my surround speakers in a traditional 5.1 set-up. My room is less than ideal for surround largely due to the fact that the room did not allow for proper placement of a surround speaker. I was forced to mount the speakers near the ceiling without the ability to direct the sound down toward the listener. The result was a very limited appreciation for the RS-7's full sound abilities. The surround sound was vague and ambient sounding.

So, after recently planning a remodel, I proactively sold the RS-7's and installed the CDT5800's largely due to the 8" size and the ability to direct the sound towards the MLP. I have not boxed in the speaker, nor have I extensively auditioned them, however, right from the beginning I could tell a massive improvement in the surround sound experience. In just a brief demo of Alan Parsons DTS 4.0 version of Dark Side of the Moon, and some network television using DTS Neo 6, I could tell an immediate improvement.

That is the good part. The bad part is what I expected, and that is, the CDT5800's are not the RS-7s. At least so far, I can tell they are hollow compared to the 7's more rich texture and depth. Perhaps boxing them in would improve the depth and texture, but I suspect the speaker is simply going to offer less depth. I am not disappointed by any stretch, in fact, I love the added detail I hear in the surround sound, which is what I was shooting for. So, mission accomplished. I look forward to spending more time with more surround music and movies in the coming days and would welcome any opinions for increasing the depth of sound for the speaker.

Soon, I will be giving my initial impressions of the difference between a 5.1 experience versus a 5.2 experience. Stay tuned. 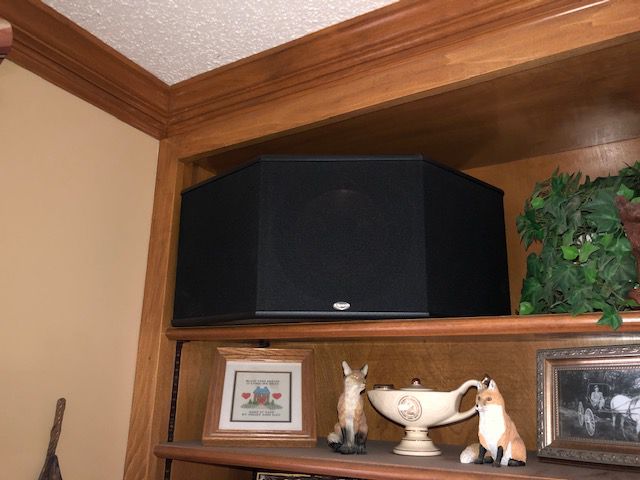 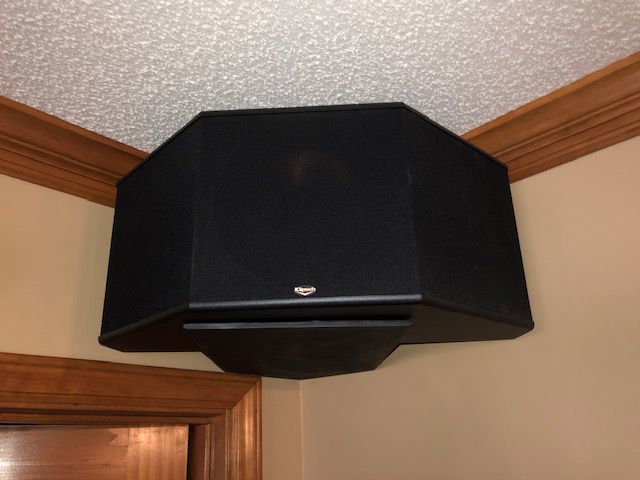 Here is a look at what I was doing with the RS-7's and why they were largely neutered. These same corners are the corners I placed the CDT's in. I put them as far back as I could, thinking that one day I might consider ATMOS and install an additional pair between these and the front speakers.
You must log in or register to reply here.