Sometime in 1980 I went to a Star Trek convention at the Ambassador Hotel in L.A. Raiders had not been released yet, and there was a lot of promo for it at the convention (I guess because of the Paramount connection). They had Harrison Ford there for a while signing photos of himself as Indy, and I managed to get one. Of course, he was already well-known from Star Wars so it was kind of a big deal.

Later, when Raiders was released, I had forgotten all about the convention and the photo; one afternoon, because I could drive and he couldn't yet, my brother begged me to take him to see "this adventure movie." Expecting some really lousy movie, I kind of grudgingly said ok, and we saw the matinee of Raiders at the Cinerama Dome in Hollywood, sitting in about the third row. It was overwhelming on that huge screen, I will never forget it. At the end, I felt like I had been on a rollercoaster.

After dinner, we begged and cajoled our parents to take us to see it again. I mean, we just had to see it again. So they did, and it became a huge family favorite. (I remember my parents started to get up during the scene with Indy and Marion on the ship, they thought it was over LOL). There is nothing like seeing it on a really huge screen like the Cinerama.

Sometime later, I came across the autographed photo, and showed it to my brother. His chin dropped. I later gave the photo to the girl I went to the Trek convention with; I have since lost track of her. I hope she has it displayed in a special place.

I went to that Sameric theater many times. That's where I saw Empire & Star Trek: TMP.

I was going through some old boxes in storage this morning, and look what I found!! 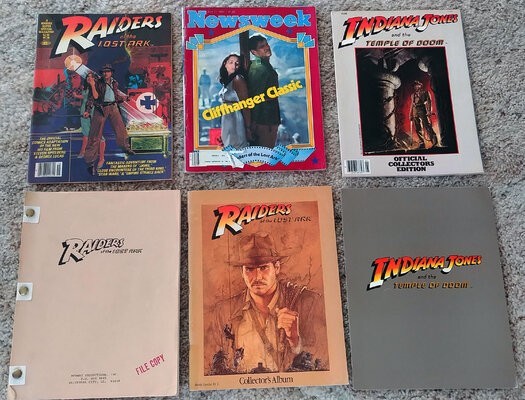 Todd Erwin said:
I was going through some old boxes in storage this morning, and look what I found!!
View attachment 100631
Click to expand...

I've got that Marvel Super Special #18 (with the Raiders adaptation) but I should pick those "collector's magazines" too.

I am still waiting for my order to be available and ship for this 4K blu-ray set. Shows arriving between July 1st - July 24th.

UPS shows mine being delivered today. Based on reviews of how flimsy the packaging is, I also ordered some 6-disc Blu-ray cases that should arrive late next week.

I ordered the 4K blu ray steel book edition from Best Buy on Tuesday and it arrived yesterday! That was surprisingly quick.

Nelson Au said:
I ordered the 4K blu ray steel book edition from Best Buy on Tuesday and it arrived yesterday! That was surprisingly quick.
Click to expand...

Well, my copy arrived today, with the corners and edges completely crumpled and 2 floaters due to the flimsy packaging used by Paramount and flimsy packing materials (the usual Prime bubble envelope) used by Amazon. One disc won't even stay on its spindle.

What kind of packaging did Best Buy use?

Todd Erwin said:
What kind of packaging did Best Buy use?
Click to expand...

Depends. Their steelbooks were encased in a relatively flimsy paper carton with paper dividers between the individually packaged titles. The other version is the same one you got from Amazon.

dpippel said:
Depends. Their steelbooks were encased in a relatively flimsy paper carton with paper dividers between the individually packaged titles. The other version is the same one you got from Amazon.
Click to expand...

Can't tell you, Todd. I picked up my steelbook set at the store. Sorry.

Malcolm, in this case, Best Buy was fast. but other times it was over a week.

As far as packaging, they are on par with Amazon, which is next to nothing. Thin plastic envelop that has small bubbles as part of the envelop. I’ve had other discs sent in a cardboard box.

I just opened it to check it. I ordered the Steelcase set so I was worried about dents and smashed cases. To my surprise, it was pretty good. There is one dent on the lower left corner of the outer cardboard sleeve. I might be able to push that out. I shook the case and did not hear any loose discs. Maybe the steel cases have the better spindle grabs. 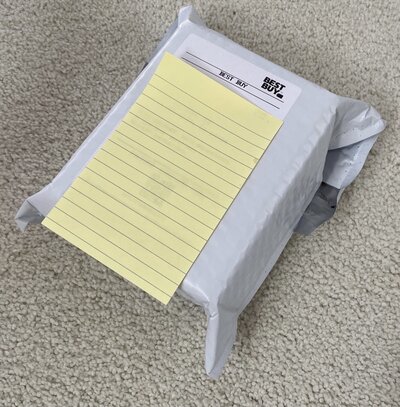 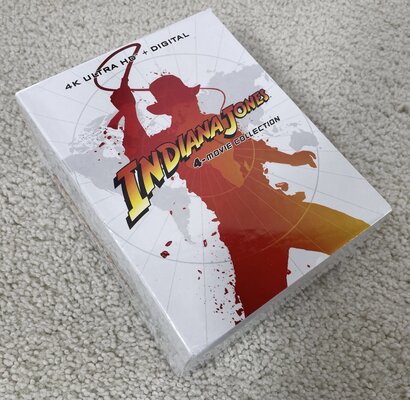 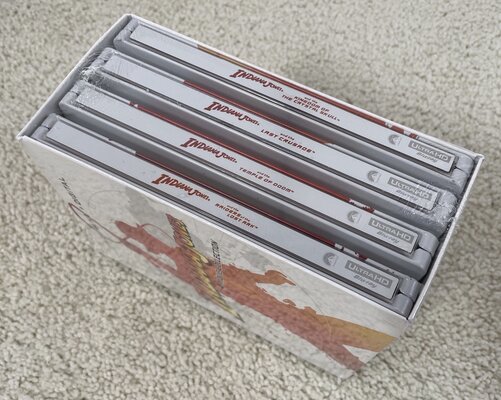 My last order from BB was in a box. I was kind of surprised.

There is one "elegant" way to house the five discs in the flimsy 4K packaging. Unfortunately if you don't have this spectacular deluxe boxed set from Europe, prices on the secondary market have skyrocketed. Probably because it's just about the only authentic package with both solid disc storage and easy access without scuffing the discs.
Here is a YouTube video that shows how nice the disc set looks and works. The Indy diary is cool too as it contains art from all 4 films.
Indiana Jones: The Complete Adventures Limited Edition Blu-ray - YouTube

How are the discs packaged in the non steel book edition?

Tino said:
How are the discs packaged in the non steel book edition?
Click to expand...

Thanks. One of the few times I’m glad I got the steel box version. Was hoping it would be like a booklet. This looks cheap and flimsy.
You must log in or register to reply here.