I really want a Roku 3 player, but I have an audio issue...

I just noticed on Amazon that the Roku 3 only outputs HDMI. I have an HDMI jack on my Panasonic plasma TV, but my a/v receiver is an older Pioneer model, with no HDMI jacks, only RCA jacks. One of the primary reasons I want the Roku is to stream Netflix (and other services) without having to rely on my plasma's crappy built-in TV speakers, which is what I've had to put up with up until now, by running a simple HDMI cable from my laptop to my TV. I could get a Roku 2, of course, which has RCA outputs, but then I'd give up the apparent extra speed and power of the Roku 3.

Is there an easy, economical way to get the audio (5.1 sound) from the Roku 3 through the old receiver, while the HDMI handles the video through the TV? Or am I looking at having to invest in a new a/v receiver, which I'd rather not do, that supports HDMI?

Would a combination of an HDMI splitter and an HDMI-to-RCA converter work, or do they compromise the audio/video at all?

I should also point out that my a/v receiver (which decodes both Dolby Digital and DTS) has a single digital audio input jack, and currently has a splitter plugged-in, to accommodate both my Blu-ray player and my cheapo region-free DVD player.

By the time you jump the hoops to make this work.

You could just buy a newer AVR that will also allow lossless audio from the BD player... 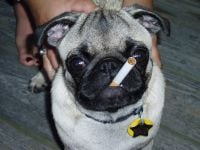 There are devices called HDMI Audio Extractors or possibly HDMI Audio Converters which will pass through an HDMI signal untouched but grab the audio stream off of it and pass the audio to your non-HDMI stereo via coaxial digital, Toslink digital or RCA stereo output. I've also seen HDMI switches with audio extraction built in. These devices start around $30-50 at the usual places (Amazon, Monoprice, etc).

You could get an Apple TV and get both HDMI and optical digital outputs (and Netflix streaming)....

Steve Tannehill said:
You could get an Apple TV and get both HDMI and optical digital outputs (and Netflix streaming)....
Click to expand...

Just guessing on my part, but I think he wants Warner Archive Instant which Roku has and Apple TV doesn't right now.

Robert Crawford said:
Just guessing on my part, but I think he wants Warner Archive Instant which Roku has and Apple TV doesn't right now.
Click to expand...

Not to mention that Apple TV also doesn't support Amazon Instant Video or Vudu. Apple isn't friendly to anything that is a competitor to iTunes.

Then get a Roku 2 XS. It has HDMI and analog audio out.

The problem I have with these things...
http://www.amazon.com/J-Tech-Digital-Registered-Trademark-Extractor/dp/B00BIQER0E/ref=sr_1_2?s=electronics&ie=UTF8&qid=1385519933&sr=1-2&keywords=hdmi+toslink+splitter

When you connect your Roku to the TV directly, the audio is automatically dumbed down to 2.0. I'm sure it pulls 5.1 off the toslink when it isn't connected straight to a TV. Unless I'm wrong here, but how does this thing extract 5.1 when it, itself, goes right into a TV?

Thanks much for the advice, guys. I weighed the pros and cons on getting a new AVR, and the pros vastly outweighed the cons, and there was an entry-level Sony (the STR-DH540) that had a decent online price with the features I wanted, so I went with that. It will replace a nearly-15-year-old Pioneer VSX-D409, which still works fine, but has become a relic, I guess.
You must log in or register to reply here.
Share:
Facebook Twitter Reddit Pinterest Tumblr WhatsApp Email Link