@Sam Posten Turn that last one into a covid mask and you’re cookin’ with gas.

I just do not understand your issue with aspect ratios larger than 1.85:1. It brings back that horrible feeling of Full Screen and Widescreen during the early days of DVD.

Todd Erwin said:
I just do not understand your issue with aspect ratios larger than 1.85:1. It brings back that horrible feeling of Full Screen and Widescreen during the early days of DVD.
Click to expand...

I know, I know. I don't like being the skunk at a garden party, but I've accepted it. I can't help but feel as though it's a different game now.

You say "larger," and that was true in the past. It's really not accurate anymore given the reality of how many people are watching stuff at home on their big screen TVs (hopefully not cell phones!).

Back then we were happy to get OAR. There were black bars no matter what. There was no Netflix or any other streaming service that completely changed the game.

How much longer will cinemas be around?

Tell me if this sounds familiar... Can you imagine a world where most people watch new releases at home instead of at the theater? IMO I think we're already living in that world.

If there were no more movie theaters (with 2.35 screens), there is little justification for framing them that way. Shouldn't be too hard since we really haven't had access to cinemas for almost an entire year now!

COVID is just accelerating the inevitable - a massive reduction in the cinema multiplex experience. The movie theater industry has been in financial decline for far too long. I don't know about you, but I hate paying $15 per ticket.

I fully support the use of the 21:9 televisions for the purpose of watching 2.35 movies, but I doubt they will become mainstream. Are they even made still?

Look at it this way. A 2.35 image is at a disadvantage when presented at home. It was intended to be bigger than 1.85. While this is still true for the movie theater, it is the inverse at home!

That's why I'm repurposing the term "Full Screen" as the more desirable way to shoot and watch. I know this is controversial and I may be alone in this. But I think we are kidding ourselves thinking 2.35 is anything but an artistic choice that allows directors to feed their ego.

How many people on this forum are irritated when they see vertically shot cell phone video on TV?

We’ve been over this before but I think televisions are now so much larger and have so much resolution that full screen isn’t necessary to achieve a viewable image. You could argue back when people had 13” TVs in standard definition that wasting real estate on black bars made the image unwatchable for many people. I don’t think the same argument can be made today.

Artistic intent. That’s the reason. Whether or not black bars became associated with cinematic because of a quirk in how we watch video, they’re now a part of life. The cinematic language of Star Wars is 2.40:1. Makes sense the new shows would be the same, etc.

It’s not going away. Movies and TV content will continue to come in different shapes, just as all other visual arts do.

What Brian’s saying, is he hungers for 2.5:1 Masked Dancers!

DaveF said:
What Brian’s saying, is he hungers for 2.5:1 Masked Dancers!
Click to expand... 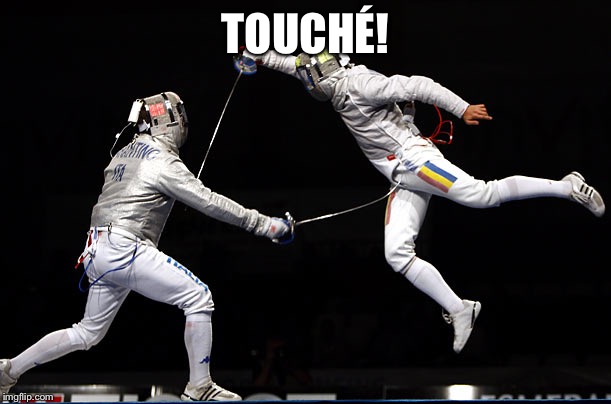 Brian Dobbs said:
How many people on this forum are irritated when they see vertically shot cell phone video on TV?
Click to expand...

I used to be irritated, but like English grammar evolves for better or worse based on common/popular usage, vertical video has become another aspect ratio option to me. I didn't really get it and was a horizontal video snob (and shared the same puppet video above) until I actually started shooting video on my phone, and realized that it's ergonomically easier/convenient and there are some subjects that actually benefit from the vertical orientation as opposed to horizontal (like when I'm following my kids on their bikes down the sidewalk).

But it does make me think of someone bringing me some camcorder footage where they had turned the camera 90º because to them it made perfect sense to "fill the frame" as much as they could (don't remember what the subject was, but it was probably something tall and skinny). They brought it to me wondering if I could fix it since of course everything was now turned on its side when viewing it on a TV.

I politely said "no, sorry" but inside I marveled at what a dum-dum they were. But as hindsight now shows, they were just ahead of their time.

Deftly relating the controversy back to the topic...

Good show, would have been super fun to have seen it originally 20 years ago. 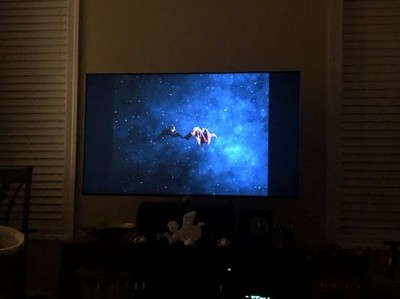 For the sake of all that's right and decent Brian.

Just STOP! Your arguments make you...

DaveF said:
Deftly relating the controversy back to the topic...

Good show, would have been super fun to have seen it originally 20 years ago.

Yes, I would prefer watching it this way vs. a 16x9 crop. But I have to ask...are there any shows or movies still produced in 4:3?


JohnRice said:
Your arguments make you...
Click to expand... BTW, is anyone else with Sam and me on Three Billboards?

It’s not conformity and implying it is simply is idiotic and ignorant.

What YOU are advocating is conformity. That all movies should be the AR YOU declare to be enforced. How can you NOT see that?

I wish we could have this ridiculous argument in person. Maybe with a good beverage of everyone’s choice. And some grilled burgers and corn. And followed by a movie in some offensive aspect ratio in a home theater.

these conversations suffer much by text and distance.

Brian Dobbs said:
Yep. It's baffling to me why ads for the Masked Singer run during Cosmos is what set me off. Two different audiences.
Click to expand...

My local FOX station is re-airing some of the episodes on Saturday nights (around or after NBC broadcasts SNL) there are still some small pop-ups on the left side but not the 2/3 of the screen like the ones for the inane game/reality shows that remind you this isn't on PBS.

Of course if it was on PBS they would be interrupting the show every 15 minutes for a pledge break. I suspect this wouldn't be on FOX at all if it wasn't for the Family Guy guy -who is listed as a producer and sometime "guest star" ...

For the record, I passed out the free pitchforks the first time this was discussed. I’d much rather see Brian get on board with streaming services than beat him down for his preferred aspect ratios. Sam Posten said:
For the record, I passed out the free pitchforks the first time this was discussed. I’d much rather see Brian get on board with streaming services than beat him down for his preferred aspect ratios.
Click to expand... 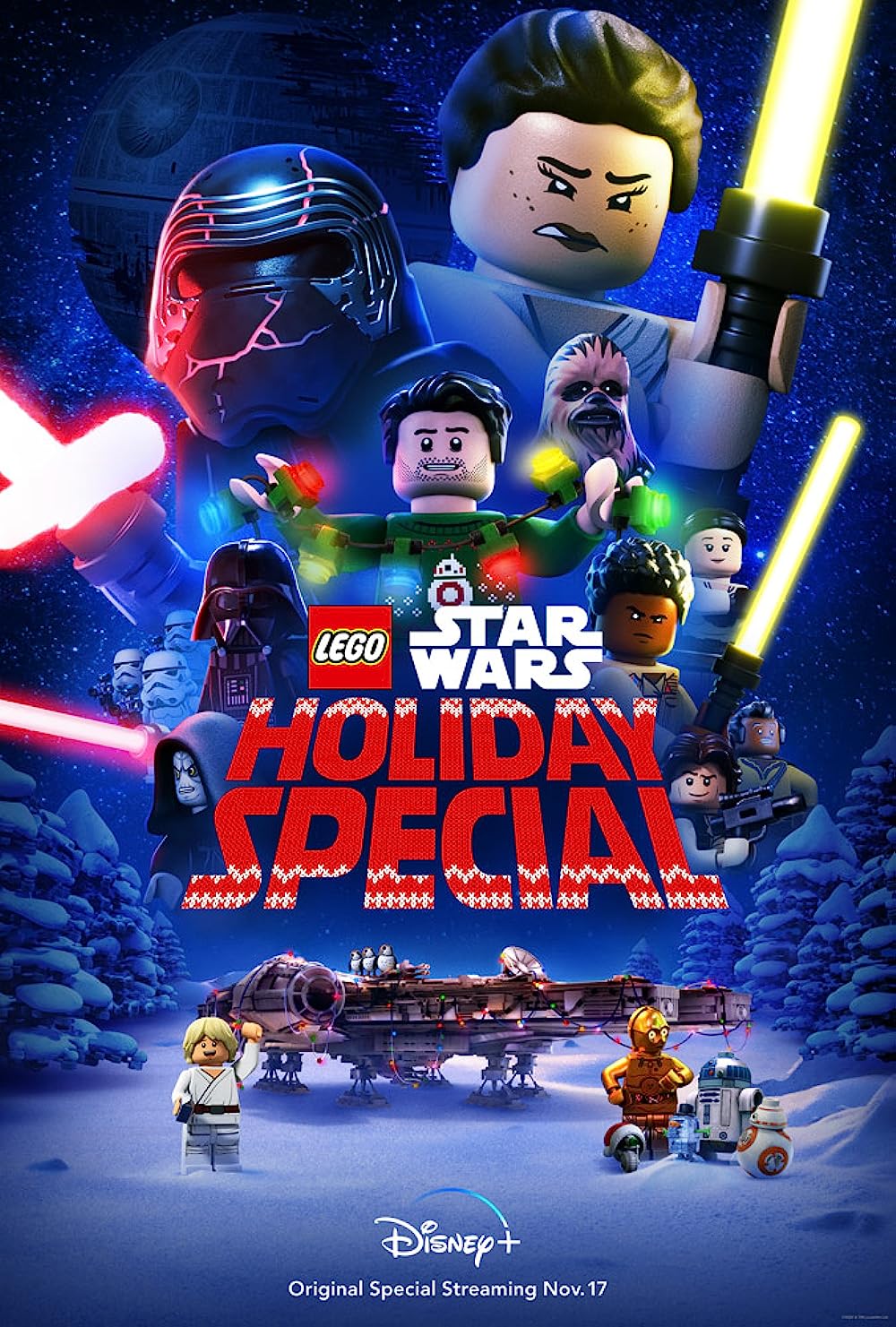 The Lego Star Wars Holiday Special: Directed by Ken Cunningham. With A.J. LoCascio, Anthony Daniels, Ben Prendergast, Billy Dee Williams. Rey leaves her friends to prepare for Life Day as she sets off on an adventure to gain a deeper knowledge of the Force. At a mysterious temple, she is hurled...

The nice thing about streaming on an AppleTV is that it’ll let you zoom anything in to full screen
You must log in or register to reply here.