Looking forward to picking this one up. Thanks for the review, Matt!

Yep. Looking forward to this as well. I'm a huge fan of Lost, but Season 5 left me a little cold. Some of it seemed a bit too manipulative with some rather forced plot contrivances. It also lacked some of the emotional punch of the previous seasons. Oh well. We'll see if I like it better with a 3rd viewing on Blu-ray. I'm still dying for Season 6 to start.

From the sound of it, the extras sound less meaty than previous seasons. But oh well. You get what they give.

Also as a head's up, it looks like Best Buy will be offering an exclusive bonus disc for S5 on DVD. Don't know if it's included with the Blu-ray as well.

Also as a head's up, it looks like Best Buy will be offering an exclusive bonus disc for S5 on DVD. Don't know if it's included with the Blu-ray as well.
Click to expand...

Thanks for the heads up Ray. It's also included with the Blu-ray.

Who here is going to Best Buy next week? If anyone is, and would be willing to part with the bonus disc, please drop me a PM. I'll gladly pay for shipping and handling. The nearest retailer is a 2 1/2 hour drive from my remote town, and I won't be able to pick it up this year.

Any info as to what is on the exclusive bonus disc at BB?

Any info as to what is on the exclusive bonus disc at BB?
Click to expand...

It looks like the bonus disc is not the only thing "exclusive" Best Buy is offering for The Complete Fifth Season, apparently.

Wow, according to that link, the BB bonus disc will have some exclusive special features. I'm canceling my Amazon pre-order right now.

Great review. Weird about the final episode. Contrary to others, this was my favourite season yet. The Locke reveal was mind blowing.

I don't have the discs yet but according to Lostpedia, there's alot of easter eggs on this set.

Spoilers used for those that haven't seen S5 yet.
Disc 1:

The menu on this disc gives you a view from inside the microwave in Hurley's kitchen. If you wait, Hurley will open the door and put a Hot Pocket inside to warm it up.
Disc 3:

The menu on this disc shows Locke at "the exit" in the Sahara Desert. If you wait, Charles Widmore's men will arrive in a car and pick him up.
Disc 5:
When you first view the disc, the menu background is a picture of the statue from behind. Selecting "Bonus Features" takes you to a menu with the statue seen from the beach in "The Incident, Parts 1 & 2". When you try to select an option, an explosion is heard and the menu changes to all white with the options at odd angles.
http://lostpedia.wikia.com/wiki/Lost:_The_Complete_Fifth_Season_(DVD) 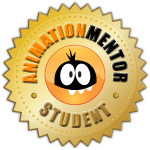 I don't ever do this but Lost fans might want to check out today's Gold Box at Amazon.

My Gosh I can't wait for season 6. Me and my wife just got into Lost about 2 months ago and Blasted through seasons 1-5 in mere days. Having access to all those seasons back to back to back and then having to stop dead all this time as...well sucked to say the least.

Is the Darma Initiative kit packaging exclusive to DVD? I want to buy that version but don't see any reference to it also being available on Blu-ray.

Thanks for the heads-up on the Amazon deal, Adam. I've just placed my order.

^ Just noticed it by a fluke while doing an amazon "review". Jumped on it. And me complaining about Lost on BD being too expensive in another thread... 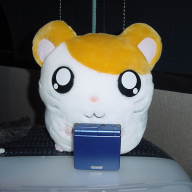 Does anybody else with this set have problems with SeasonPlay? It worked fine for me for the first four seasons, and I have plenty of free space on my USB stick, but it refuses to remember my profile.

Worked just fine for me when I was doing the review.

Bollocks. Okay, thanks. Time to try clearing the data store, then. Never thought I'd be glad for needing to use a USB stick!

Does this set not contain an insert listing the episodes, or did mine not have one again (same thing happened last year)?

Does this set not contain an insert listing the episodes, or did mine not have one again (same thing happened last year)?
Click to expand...

Does this set not contain an insert listing the episodes, or did mine not have one again (same thing happened last year)?
Click to expand...

I think that season 3 is the only one with an insert; my copies of seasons 1-2 and 4 didn't have one. However, the Episodes menu will list all episodes, regardless of which disc you're on, which is at least some help.