hi, need help with 2020 mac mini on a general work station for every day tasks. Been seeing many small dacs/amps, bt base stations, etc... what are the best options for 2.1 that everyone loves fot sound and tiny desk footprint.? Feel free to refer me to all the other thread I didn't research cuz I'm under a time crunch. Thx!

I’m not clear what you’re asking for. You have a new Mini and are looking for a DAC, or a whole 2.1 sound system?
R

Thanks, John, I'm looking for maybe a DAC since I heard the Mini dac's weren't that great, but, then I heard the 2018-20 DACs were upgradin with the T2 chip (maybe). Soo, in the meantime I was looking for some options and found small desktop options that were DACs, two-channel stereo with varying level of power, two-channel plus subwoofers, and you get the picture because you've seen it all. But it was all new to me.

Is it possible to get a modest setup, say, a decent DAC (if necessary) to a two channel amp to drive some nice speakers in my computer room? This obviously isn't my main system, but it'd but a nice getaway.

But my problem is I look on amazon and find all these little thins that don't seem to be real audio components. Thank's in advance for your assistance.

How about THIS. DAC with USB, Bluetooth and two channel amplifier. Then you just need to decide on speakers
R

John, this is precisely what I was looking for... pulls everything together incl BT for the all those times when you need, uh, bluetooth. And a reasonable price for a quality brand. Do you have any thoughts on the lastest Apple internal DACs? There was a day Apple had near industry standard sound with Core Audio, seemed parallel with movie production, but it seemed to fall by the way side (espcially when they phased out the SPDIF connects). I had a two dual G5's with every channel and KHz output imaginable. Probably a topic for another thread, but what happened?

But, thanks again for the Topping recommendation (although I might go for the black...) Ray

I would just go with external DACs for music. Plus it keeps flexibility choosing output for system sounds and such.

BTW, I noticed that seller ships from China, but there are others for the same unit you can get in a few days.

I believe they still have optical outputs, but it’s incorporated in the headphone output. You use an optical cable with a special plug. I haven’t used that in years though. I have some of the cables somewhere.

You can also buy mini Toslink adapters if you just have the regular cables.

You don't want a DAC, or necessarily even have a .1 sub. You want a pair of Studio Monitors. I use Mackie CR5s and have a CR8 upgrade coming but they aren't even in the highest rated lists for 2020. If you buy big enough woofers the sub becomes redundant. 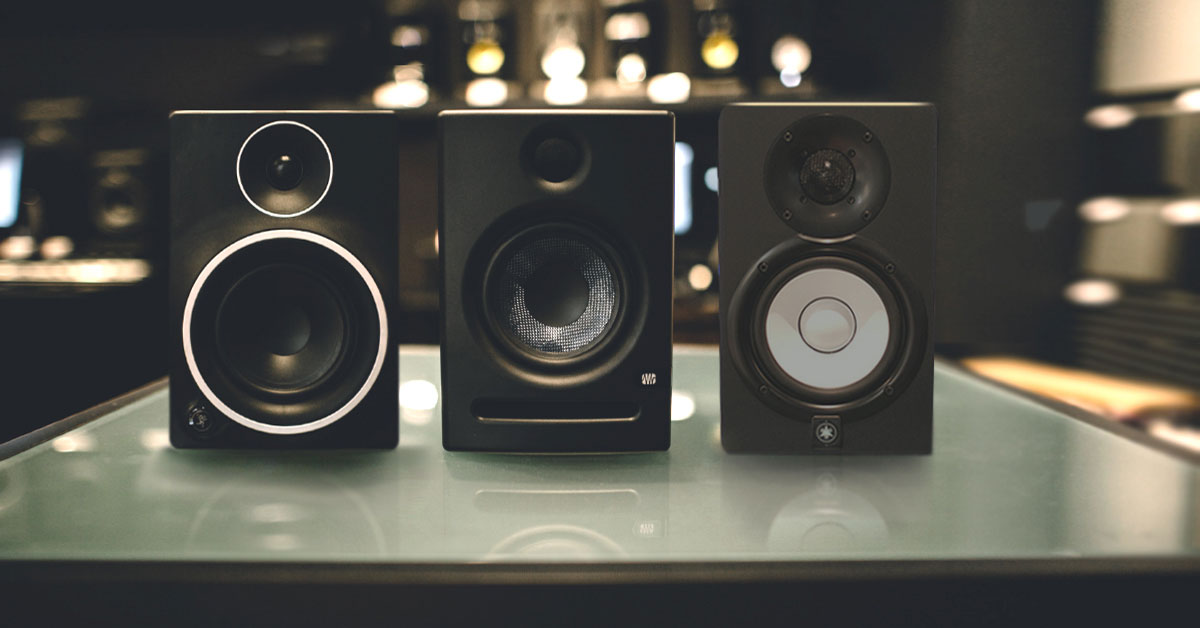 If you want to improve your mixes, Sweetwater stocks several studio monitors under $500 that are guaranteed to help you craft better recordings. 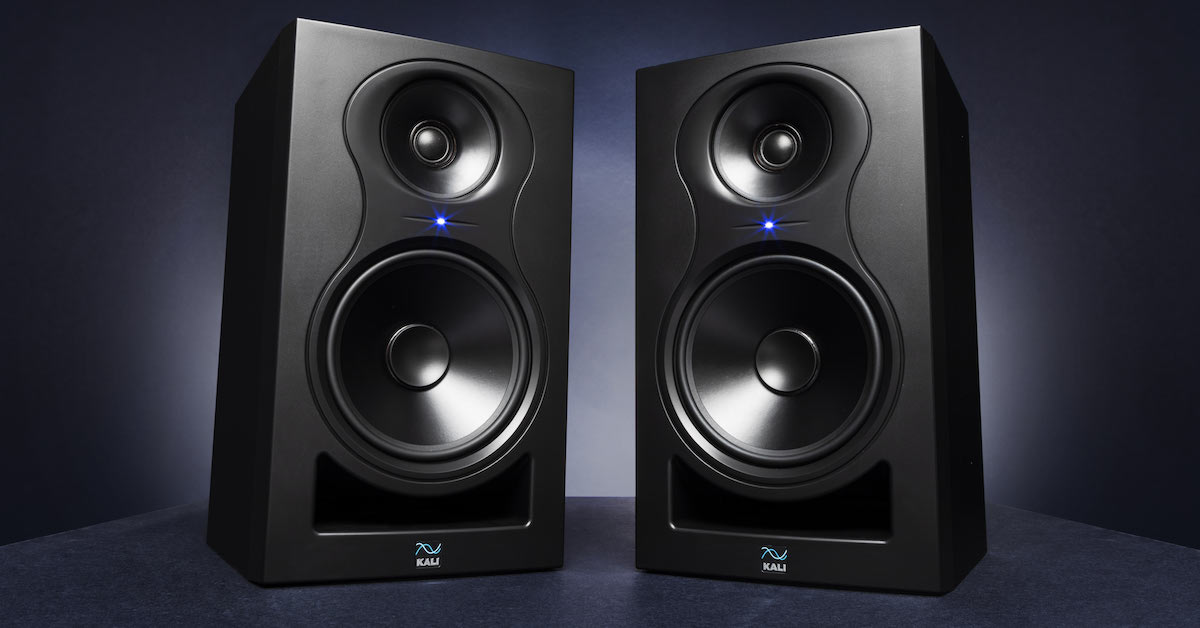 Here are five of our top studio monitors priced under 1000 dollars, including speakers from Dynaudio, ADAM Audio, Neumann, Focal, and Kali Audio. 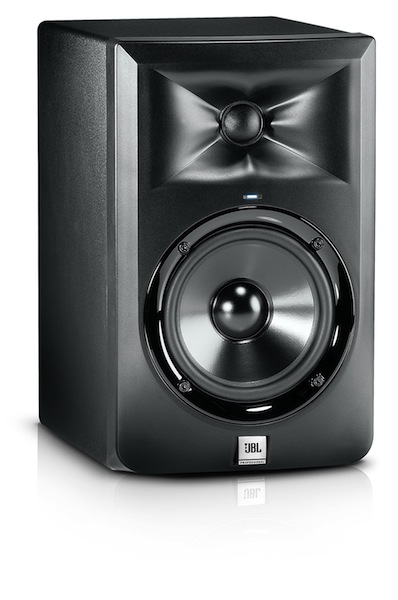 Choosing the right studio monitors doesn't have to be a tricky process. Sweetwater's expert content team will break it down for you! 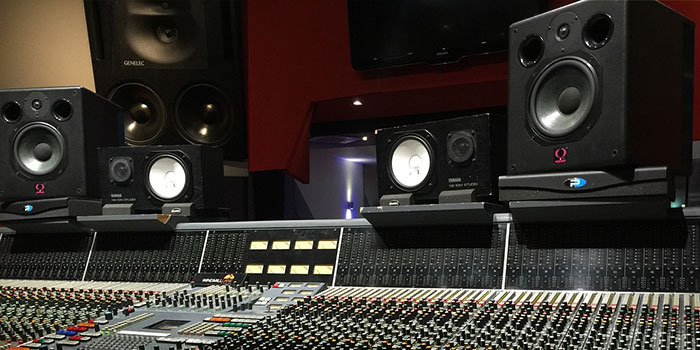 Unsure on the best studio monitors or speakers to buy? Smile, as the team of experts at Music Critic, have reviewed the top studio monitor speakers, considering; Value, Compatibility, Customer Feedback and lots more. You will find the perfect product for you in our guide here. Updated: April 2022. 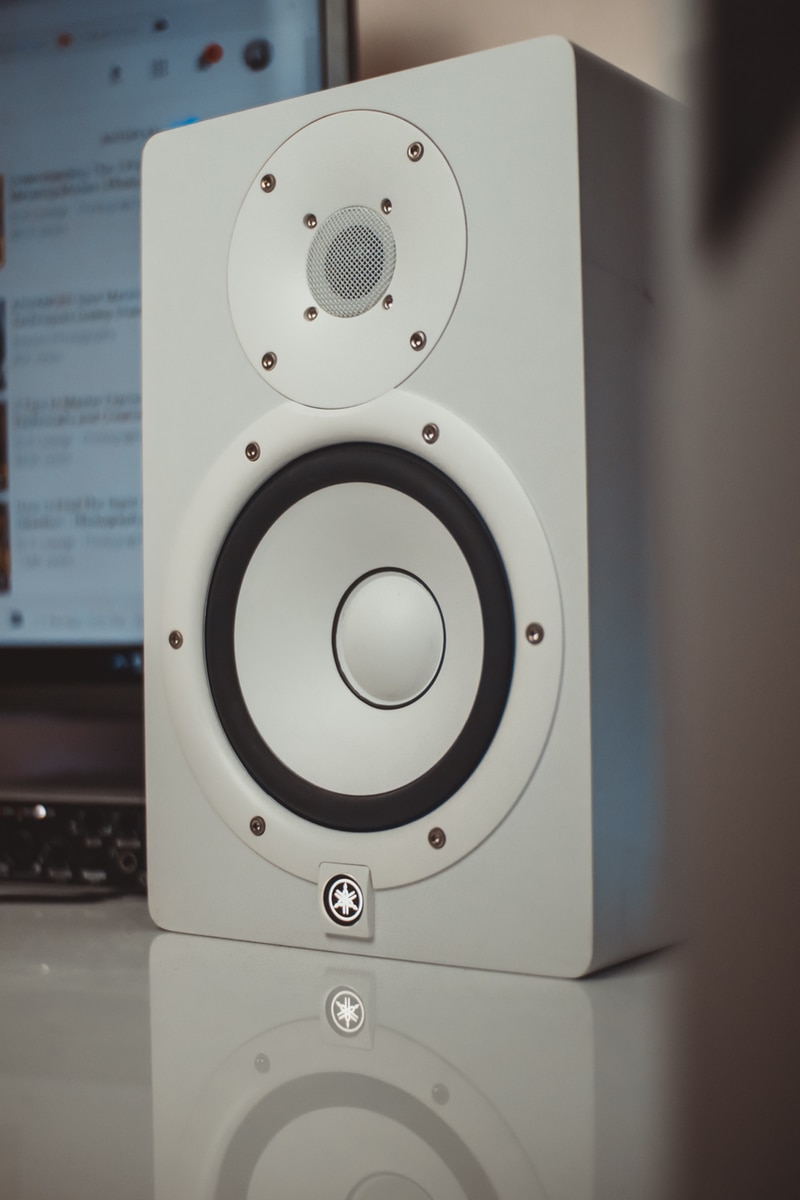 Looking for the perfect studio monitors for your home studio? Here are the 7 BEST speakers lines that the pros use to create amazing sounding mixes. 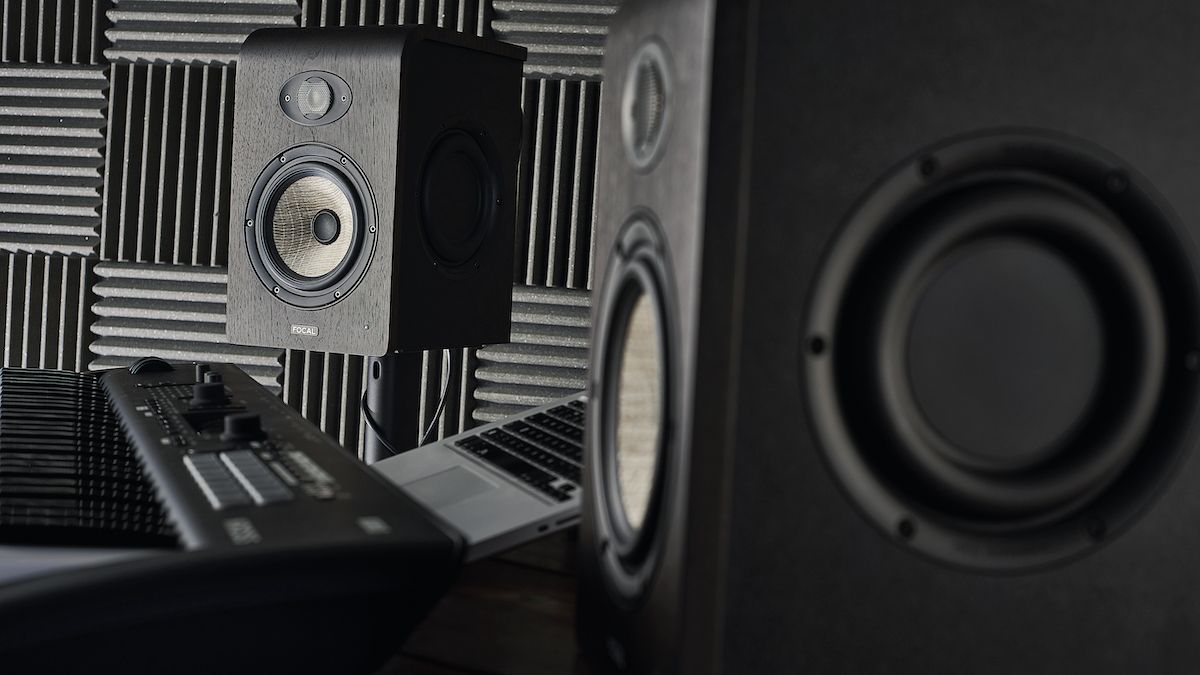 Our guide to the best studio monitor speakers for home recording, whether you’re a beginner or pro producer – including Yamaha, IK Multimedia, Focal and more 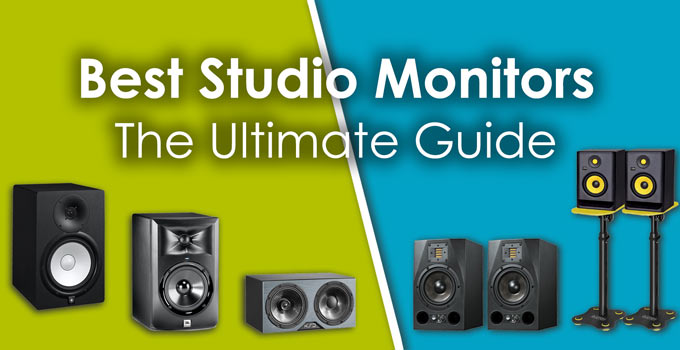 You love creating great-sounding music at home – whether it’s sultry smooth Stevie Wonder covers, rambunctious Rachmaninoff rhapsodies, or big bassy club hits – so how do you ensure that you are getting the best Looking for the best home studio monitors? Here’s your guide to the top acoustic systems on the market for all budgets and tastes.

You love creating great-sounding music at home – whether it’s sultry smooth Stevie Wonder covers, rambunctious Rachmaninoff rhapsodies, or big bassy club hits – so how do you ensure that you are getting the best

Note I'm being a little flippant with that. Everyone's setup is different. You will want to evaluate your needs and your room together. 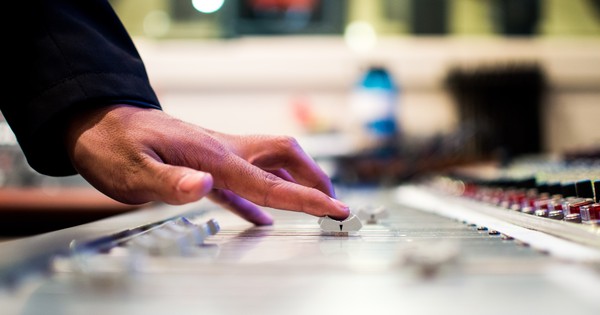 Do studio monitors need a subwoofer?

Answer (1 of 7): Most of the time, no. To begin with most consumers don't have one, so you’d only be catering to a small portion of your audience. A subwoofer might also lead you to put a lot of information in the low end of you mixes which won’t translate to the majority of your audience. In sh...
www.quora.com


JohnRice said:
How about THIS. DAC with USB, Bluetooth and two channel amplifier. Then you just need to decide on speakers
Click to expand...

I just got the CR8s in. More when I unbox!
R

John, in your original response, you mentioned the Topping DAC, USB, BT, and 2 CH amp, "THEN you just need to decide on the speakers." Would the Topping (or similar) allow for passive speakers, or do they provide an effective "preamp?" for active monitors? For instance, I had an awesome set of Presonus E3's that I had to send back (damaged in shipment, but I spent a week with them) -- they sounded great, but the was something lacking between the Mac and the speakers. Is that generally the setup you had in mind, because if so, I'll get the Topping and team it with the Presonus or something similar and be Rocking in the USA.

Also, re: Apple 3.5mm analog/optical connections, they used to be universal, I went through a couple of resources for Mac specs ("Mactracker"), and they are still in iMacs and MBPs, but in the high-end Mac Pro, it appears they have the usual analog 3.5 port plus the standard optilink. So, however that works, my 2020 Mac Mini does not have the dual connection, which was last seen in the Minis in the 2014 model. In any event, going forward, folks may not want to just assume the analog/opti are there, because they might not be. But at least we still have all those cool cables.

Finally, I appreciate the various buyers guides and reviews and suggestions -- you all have been very gracious walking me through the simplest questions you've seen in a while.

Now I gotta get a decent avatar.

That DAC/Amp I linked early on isn't intended for active speakers, since it doesn't have a preamp output. It's intended strictly for regular, unpowered speakers. There are a million DACs available these days, and no doubt you can find what you want with enough looking, if you want to use powered speakers.
R

Got it, John -- and geez, there are DACs a-plenty out there. I'm trying to sort through them. I'm trying to find something (possibly a Fosi Q5 or iFi Zen) to -- as Sam mentioned -- hook up with with a solid pair of active monitors (Presonus, Mackie, JBL..).

The Q5 should do the trick. It works as a preamp, so it can control the playback volume with powered speakers. I didn't look at the other one.

Yer gonna have to walk me through that logic.

Couldn’t be much simpler. I have no idea what needs walking through.

ray j. said:
Got it, John -- and geez, there are DACs a-plenty out there. I'm trying to sort through them. I'm trying to find something (possibly a Fosi Q5 or iFi Zen) to -- as Sam mentioned -- hook up with with a solid pair of active monitors (Presonus, Mackie, JBL..).
Click to expand...

Of course, a lot of powered speakers these days have a DAC built in. Just depends on the brand and model.
You must log in or register to reply here.