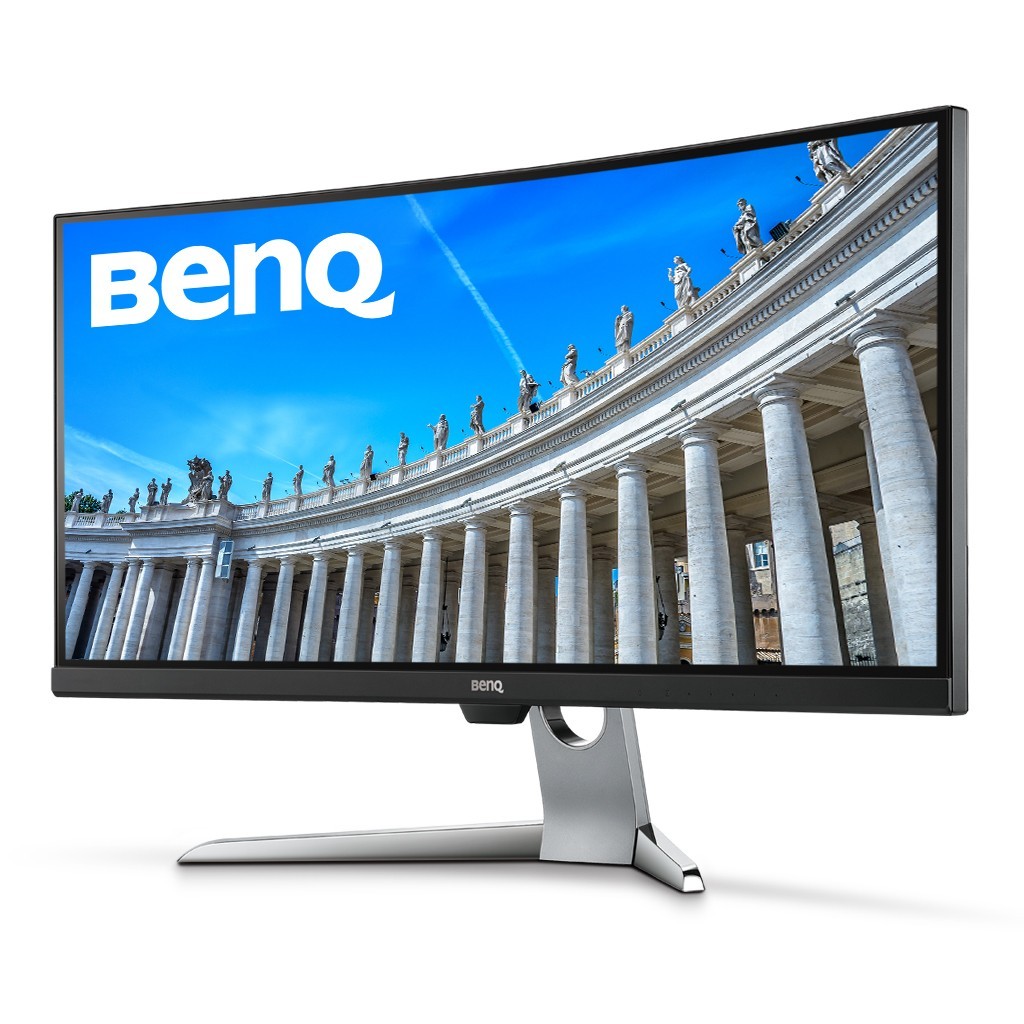 BenQ has introduced four new entertainment monitors, three of which support HDR video, and one with a 2.35:1 (21:9) aspect ratio for watching Cinemascope films. The EX3501R, EW3270U, EL2870U and EW3270ZL are designed as single displays for work and play with 'powerful' features for business users, movie lovers and gamers.

The top-of-the-range BenQ EX3501R is a curved 35" screen which delivers Cinemascope images with 3440 x 1440 resolution, and an edge-to-edge bezel. The 16:9 aspect ratio 32" 4K EW3270U, 28" 4K EL280U, and the curved EX350IR all support HDR (high dynamic range) video. Additionally, all three monitors include onboard 'AMD FreeSync' feature which is used to eliminate image tearing, broken frames and choppy game play for ultra-smooth and fluid gaming.

According to BenQ, each of these three aforementioned monitors in the range offers enhanced brightness, color temperature and contrast, while adjusting to particular content automatically, and detail is enhanced on HDR video and movie content. They also include BenQ's exclusive 'Brightness Intelligence Plus' tech, facilitating the detection of ambient light levels and color temperature in the viewing environment, and automatically adjusting on-screen brightness and color temperature for maximum viewing comfort. This ensures that content is not overexposed, and details in dark sections are correspondingly enhanced.

The fourth monitor in the line is the 32" EW3270ZL, which has a resolution of 2560 x 1440 (QHD), 10-bit color depth, Rec.709 and 100% sRGB color space, and can reproduce more than a billion colors. It promotes connectivity via dual HDMI, Display Port and Mini DisplayPort inputs. This last monitor in the line also includes 'Brightness Intelligence' technology. 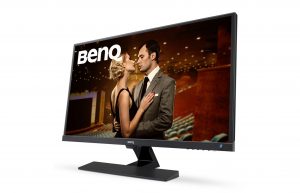 We've seen 21:9 curved and flat monitors before, but the addition of HDR credentials might boost their validity, particularly if you're in the habit of watching movies at your desktop. There also seems to be plenty on offer here from all four monitors for those who need to game in a small space, or require a high-resolution screen for work. The EX3501R monitor is an attractive proposition too if, like me, you're a widescreen junkie, but neither this model, nor its three siblings come cheap. All four units are available now from BenQDirect with the following MSRPs: EX350IR, $899; EW3270U, $699; EL2870U, $499 and EW3270ZL, $399.