Has anyone seen this show?
Great Television!
They going to release these like Sex and the City and the Sopranos???

I have been wondering that too, and the fact that the ratings are higher than the first season of The Sopranos really might mean something. Hopefully we will get them in anamorphic widescreen with a lot of extra stuff. Besides, HBO seems to have a lot of faith in the show, they called for a second season before the first one even aired.

So hopefully we will see this great show soon. 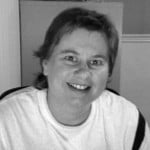 I assume so, because I just feel like they are meant to be widescreen.
And my dad even has a feature on his direcTV thing that lets U watch shows in widescreen.
But 6 Feet Under never comes up in widescreen. So I bet that the show is filmed that way but HBO just doesn't make it available that way, but because the ratings are so good we might be seeing them in widescreen if they come out on DVD. Sex and the city wasn't, but The Sopranos was, and this show is kinda 'artsy' so they might see it fit for OAR.

Six Feet Under is actually "sideboxed" on HBO-HD, where The Sopranos is not. I think it's entirely possible that Six Feet Under is shot for the 1.33:1 aspect ratio. I for one have never felt it was misframed in 4:3; it has always looked good that way (and I own a 16:9 tv).
-Lyle J.P.