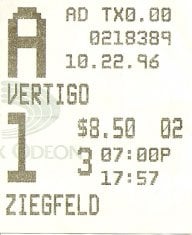 Not sure if this is the right section for this, but here it goes: What are some of the better portable laptop dvd players out there? Being a cheap bastard, I'm looking at ones below the $200 range. I have an eye on the Initial DVD-5820 for a reasonable price at an online retailer. Any opinions out there?
B

I have the same question. I would like to use one to display digital photos from my camera and recorded VCDs. And use in my bedroom as a DVD player to hookup to the TV. All the previous questions on this forum are rather old. So how is this one from Amazon that I have been looking at.

My research into them a little while ago found that all of the cheap players seem to have iffy reliability and PQ. I found some better feedback on the Audiovoxes, if I recall.


Sometimes you can catch one of the 5" Pannys for $300ish, but I didn't want to spend that much - I'd just buy an old 400mhzish laptopw/ DVD for that much. Still, the panny units are beautiful - much better than the others. You can sometimes also find some of the Toshiba 7" refurbed SD-p1200s in the low $200s.

I was lucky and caught an AMW 7" on clearance thanks to a tip on the fatwallet forums for $129 @ Best Buy. PQ leaves plenty to be desired though, and the battery drains (blinky lights) if you leave it hooked up. It was a good deal for the price, though.
Expand signature
Matheson- "There are probably some who'll say that by doing this, we are interfering with their culture."