There has been a lot of talk--probably ever since it went off the air in 2007--about a potential reunion movie of The Gilmore Girls.


My wife and I believe Gilmore Girls is probably one of the most smartly written TV dramas ever to appear on television.


It has been announced that there will be a cast reunion at the ATX Festival in Austin on the final night of the four day festival.


It would be sad to not have Edward Hermann on hand...but it would be a lot of fun to revisit the goings-on in Stars Hollow. It'll be interesting to see if this cast get-together (with show creator Amy Sherman Palladino) provides any momentum towards making that happen.


And I'm still hoping that someone might someday release (a la Little House on the Prairie) a complete series Blu-ray set of The Gilmore Girls. I'd be there day one for purchase.

It was a well-written show, but any reunion needs to have Sherman-Palladino on board, along with the cast members. Given that Melissa McCarthy is a huge star now, it might not work. I doubt she'd be the supporting character she was, and a reunion that focuses on her character wouldn't ring true.

Since Herrmann's passing, I've thought the way to handle it would be a five or six episode miniseries on Netflix or Amazon Prime where everybody returns to Connecticut for Richard's funeral.

Adam Lenhardt said:
Since Herrmann's passing, I've thought the way to handle it would be a five or six episode miniseries on Netflix or Amazon Prime where everybody returns to Connecticut for Richard's funeral.
Click to expand...

And end up having to stay for Friday night dinner!

Adam Lenhardt said:
...where everybody returns to Connecticut for Richard's funeral.
Click to expand...

That makes sense but it would be such a bummer.

I'm also a fan of the show, sure seems popular with forum members from Albany.

Maybe we should invite Lauren Graham to come to town... 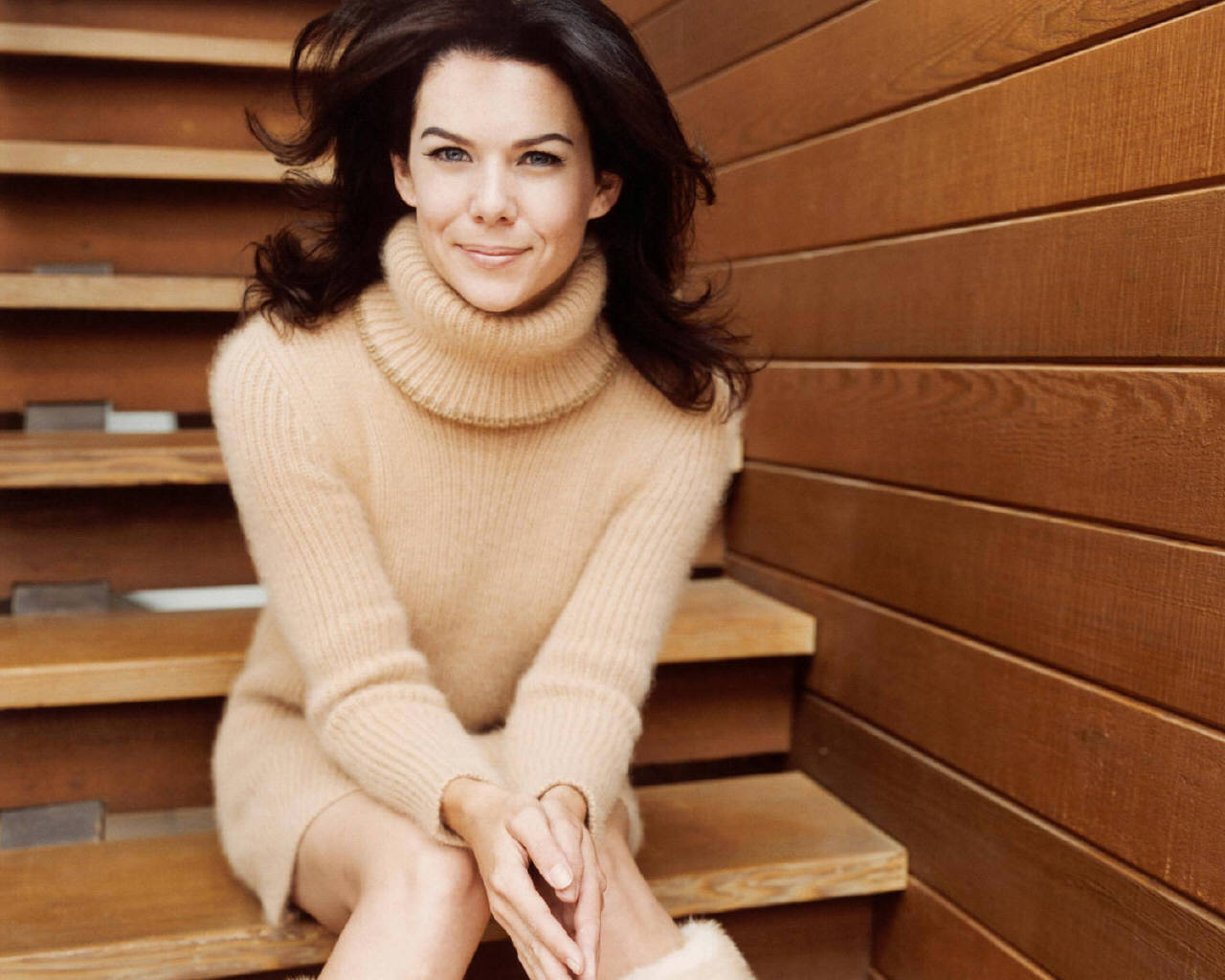 Rory Gilmore and Amber Holt finally met at the ATX Television Festival in Austin, TX this weekend, and neither looks super happy about sharing their mother 
You just reminded me I needed to watch that panel discussion!

Lauren Graham must be damn near 50 and she's still hot.

Just finished it. It is not the unedited panel, as promised.


But it is 48 minutes. There are a few good moments and discussions. It was great fun to see everyone together again (minus Sean Gunn and Melissa McCarthy...and Edward Hermann, of course).


Worth it...even though poorly edited and not enough.

Was the guy who played Christopher there?

The day BEFORE the ATX reunion was held, part of the cast also did an interview with the TODAY show.


Here's a link where you can see the report that actually aired during the Today Show.


And HERE'S a link to a clip that supposedly contains the entire one-hour NBC interview with the main players in the cast. I haven't had a chance to watch it myself yet.

As you've all no doubt heard, Warner Bros. Television and Netflix are in advanced negotiations on a "Gilmore Girls" revival.

The proposed revival would consist of four 90 minute movies, each covering one of the four seasons of one year, with the time gap more or less mirroring the time since the show went off the air. Amy Sherman-Palladino and Daniel Palladino would write all four movies, and trade off directing duties with ASP presumably directing the first and last movies and DP directing the two in the middle.

Lauren Graham, Alexis Bledel, Scott Patterson and Kelly Bishop are all expected to participate in all four movies, while the three most important love interests in Rory's life during the run of the show (as played by Jared Padalecki, Milo Ventimiglia and Matt Czuchry) are also expected to appear at some point or another. At this point, the living series regular looking least likely to appear in the revival is Melissa McCarthy.

The leading speculation is that the first movie would deal with the death of Richard Gilmore, and the subsequent three would explore the process of moving on in the aftermath.

Thanks for reviving this thread, Adam with the pertinent news.


There have been a number of side-discussions on the forum on the subject...but here is where the discussion SHOULD take place.


I would hope that McCarthy could at least put in a cameo.


It should be a good thing to be able to travel back to Stars Hollow with the Palladinos at the helm. They should NOT screw it up. But I always have that niggling of concern whenever sequels are done. But Pixar and Francis Ford Coppola proved they CAN be done successfully.

Adam Lenhardt said:
The leading speculation is that the first movie would deal with the death of Richard Gilmore, and the subsequent three would explore the process of moving on in the aftermath.
Click to expand...

I said it 5 months ago and I'll say it again, that's a bummer. I'm so happy that this show is coming back and I've got all the faith in the world in the creative team and actors but at the same time, Edward Herrmann's death puts such a damper on it for me.

Ya know Travis...depending on how they work the timing of events, it might just open up some interesting story possibilities for Emily Gilmore.


What are you going to do? It's a fact of life and they can't re-cast the part, that's for sure. I'm betting they do one kick-ass tribute. They talked about Edward Hermann so affectionately at those reunion get-togethers.


Personally, I'm looking forward to getting caught up with Kirk, Taylor Doose...and Gypsy.


And, did Babette ever eat oatmeal again?

A twitter user named Clara was on the Warner Bros. back lot and snapped some VERY interesting photos.


The building used for Miss Patty's Dance Studio has been freshly repainted: ...and the building used for Mrs. Kim's antiques shop was in the process of being repainted: ...and the building used for Luke's diner was in the process of being completely renovated: The buildings on the backlot have been used for a lot of different productions, so in and of themselves, the pictures above wouldn't be confirmation of anything.


But THESE photos from the Warner Bros. props department would seem to be quite a bit more definitive: Things are looking good...
You must log in or register to reply here.

A Few Words About A few words about...™ Gregory's Girl -- in Blu-ray