KeithDA said:
No Max in this one - I would have alerted you all to that, had it been so...!
Click to expand...

What a relief. Before The Fall, German movie with Max in, is very homoerotic without having any overtly gay characters. Max looked delicious in it, spending a lot of the time in just a pair of shorts. ptb2020 said:
Before The Fall, German movie with Max in, is very homoerotic without having any overtly gay characters.
Click to expand...

Max in 'Free fall' and 'Sense 8' was certainly not hard on the eye (and he appears sans culottes).
In the poster above, he looks a bit too young for me
Last edited: Jun 12, 2020
P

He was only 17 when he made it, but already a physical beauty.
P

Has Consequences been discussed here yet? The film came out in France last year.
First LGBT movie from Slovakia. Rather good, not many laughs, but some sexy people and scenes.

After being sent to a youth detention centre, 18-year-old Andrej has to fight for his place within the group of inmates while getting closer to Zeljko, their informal leader, and struggling to keep his repressed secret in the dark.
Last edited: Jun 16, 2020
Reactions: Mark-W

Have any of you boys seen the 2019 film Last Ferry which is streaming on Netflix now? It takes place on Fire Island. I found it to be disturbing and not very entertaining with a less than satisfying ending. It seemed like something filmed long ago. Thoughts?
C

JoelA said:
Have any of you boys seen the 2019 film Last Ferry which is streaming on Netflix now? It takes place on Fire Island. I found it to be disturbing and not very entertaining with a less than satisfying ending. It seemed like something filmed long ago. Thoughts?
Click to expand...

Not a very good film. A bit far-fetched.I am watching the new Disney series LOVE VICTOR- A pleasant series but not as good as the film LOVE SIMON.
Reactions: JoelA and Mark-W

cinemiracle said:
Not a very good film. A bit far-fetched.I am watching the new Disney series LOVE VICTOR- A pleasant series but not as good as the film LOVE SIMON.
Click to expand...

I just finished Love, Victor, too. When I started, I thought, "This is never going to be as good as the film." Then it kept making me happy. I will say, as, with many a TV show, it had the same issues with pacing that TV shows that could be a movie suffer from. And in the end, it is a TV show that ends
with a clifhanger
.

I liked it more for its parts than its whole. I also think even I could edit it down to a 2.5-hour movie and it would be better than this five-hour version, cutting out much of the meandering.

The cast is great and it was worth the time. A nice way to spend time in the evening when a 30-minute episode worked better before bed than a two-hour film. I also loved that this is focused on a Latino family and the cast is diverse without it feeling forced. It is on Hulu.
Last edited: Jun 19, 2020
Reactions: EricSchulz, JoelA and Will Krupp

Which, it should be noted, is only because Disney + got scared off from running it on the "mother ship" and it was sloughed off on Hulu at a relatively late moment.

I haven't started it yet but I'm looking forward to it. Glad it passes the "Walker Test"

By the way, I started PLACE TO CALL HOME, thanks for the tip!! I DO like it!
Reactions: Mark-W

I might have enjoyed it had it not been for the Disney buyout of Fox and the involvement of Greg Berlanti.

MatthewA said:
I might have enjoyed it had it not been for the Disney buyout of Fox and the involvement of Greg Berlanti.
Click to expand...

I'm confused, do you mean lack of involvement from Berlanti? He directed the movie but I don't think he has anything to do with the series. Am I crazy?

Olivia, available as a BD, but viewed on the Criterion Channel. This 1951 French film, subtly touching on the theme of lesbianism in a girls' school, is remarkable for the deft and understanding touch of a woman director (Jacqueline Audry of the original Gigi fame). The hothouse atmosphere is downplayed by the restrained acting of the headmistresses involved and the student, Olivia, who disrupts the delicate balance. Highly recommended.
Reactions: MatthewA

Mysterious Skin is currently on Criterion Channel.....WOW!
Reactions: JoelA and Will Krupp

WOW indeed. This one crawls under your skin and stays with you. Araki's best film? Or his most mature?
Reactions: JoelA, Stephen_J_H and Will Krupp
P

MatthewA said:
I might have enjoyed it had it not been for the Disney buyout of Fox and the involvement of Greg Berlanti.
Click to expand...

having read about how Disney interfered so much with Rise of Skywalker I despair for the future of Fox and the wonderful Fox back catalogue. Or Twentieth Century as we now are supposed to call this once great studio.

Anyone here seen the 2019 Brazilian film Cousins directed by Mauro Carvalho and Thiago Cazado? Cute film that has an ending I didn't expect and that was a good thing along with some frontal nudity. I thought the two leads Paulo Sousa and Thiago Cazado as the cousins of the title had good chemistry.

Well worth a watch.
Reactions: Mark-W

Not me. I will always call it Fox. Funny how they keep the most dated part of the name.

Stephen_J_H said:
Anybody watched Scream, Queen on Shudder? It's a great exploration of the not-so-subtle subtext of A Nightmare on Elm Street 2: Freddy's Revenge and its impact on the career of star Mark Patton, as well as the subsequent embrace of the film by the queer community.
Click to expand...

I bought the DVD of this (no Blu-ray available) and plan to watch it during my normal October cycle of 31 days of horror-themed films.
Reactions: Stephen_J_H

cinemiracle said:
A great movie especially for lovers of dance.
Click to expand...

My Blu-ray of And Then We Danced arrived this week. 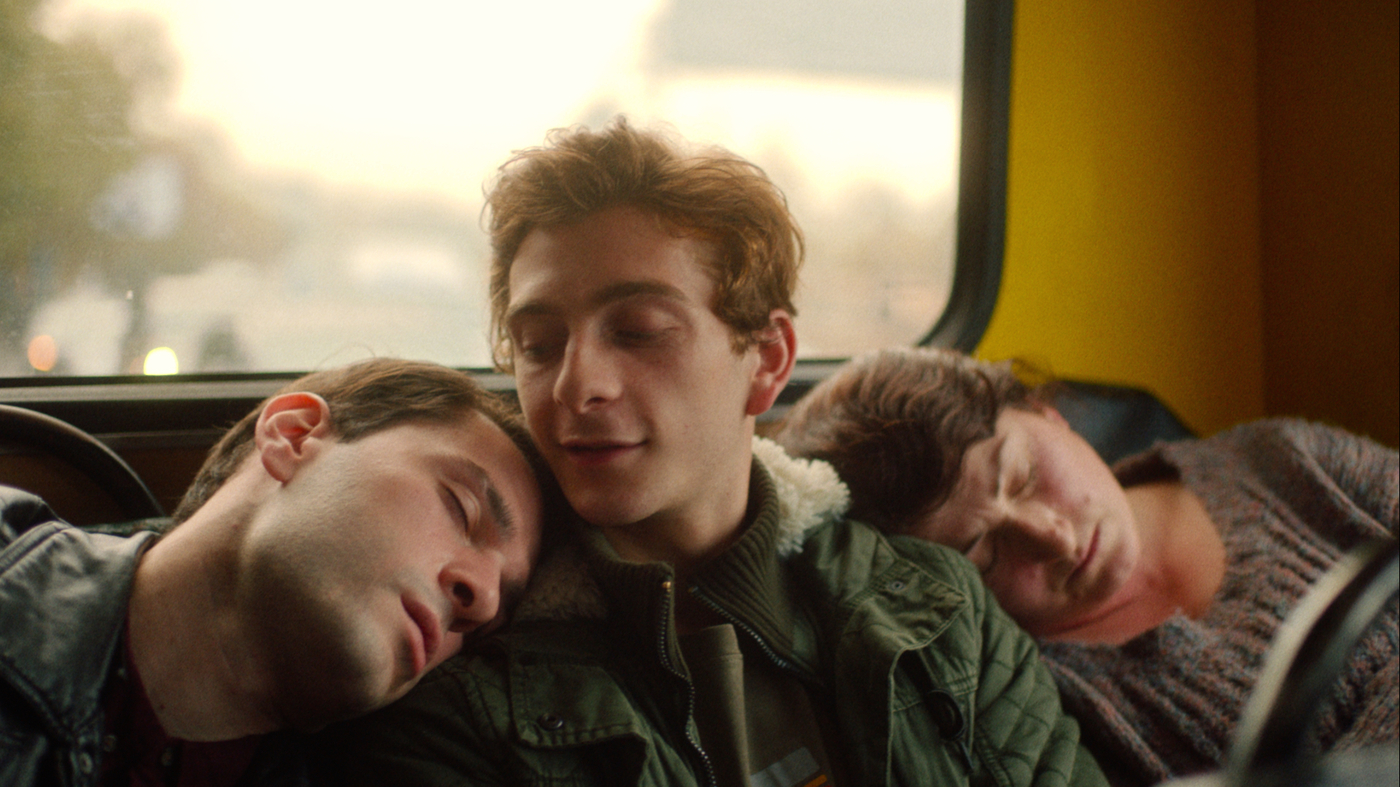 I am happy to report that it includes several bonus features that were not listed, including a Q & A with the Director, a Director's Commentary track, and a few silly (for example, a "dance party" with the cast that is basically something you would post with your friends on FB) extras with the cast.

The Q & A was fascinating. It was shot in America, but the audience included many folks from Georgia. The Director, who is a Swede, talks about how the film is his "love-letter to Georgia."

He goes on to talk about how the film was inspired by hearing about Georgia's first Gay Pride march, which had about 50 marchers but was met with thousands of counter-protesters. He talks about how the general consensus is that the film portrays Georgia as more tolerant than it really is, which is a bit scary, but how the film's global success has shamed the country into adhering to some of the LGBT protections they had already enacted but were ignoring.

Other Q & A moments include spoilers for the film, so don't watch it before you've seen the film. 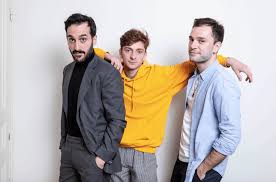 The commentary includes many great insights, though the director does occasionally fall into describing what we're seeing on the screen.

He also talks about the guerilla-style filmmaking they had to use since event thought they were supposed to be able to get approval to shoot the film, places like the dance studio would find out what the film was about and tell the filmmakers they could not use the space, leaving them scrambling to find another practice studio.

All in all much needed additional information in the bonus content for those of us with only an only pedestrian amount of information about Georgia. For example, the country is generally very intolerant, but then it is proud of this film now. The cast members to get stopped on the streets to get photos (They are not harassed.), but the film's screenings in Georgia needed police for it to even be shown for a few days. 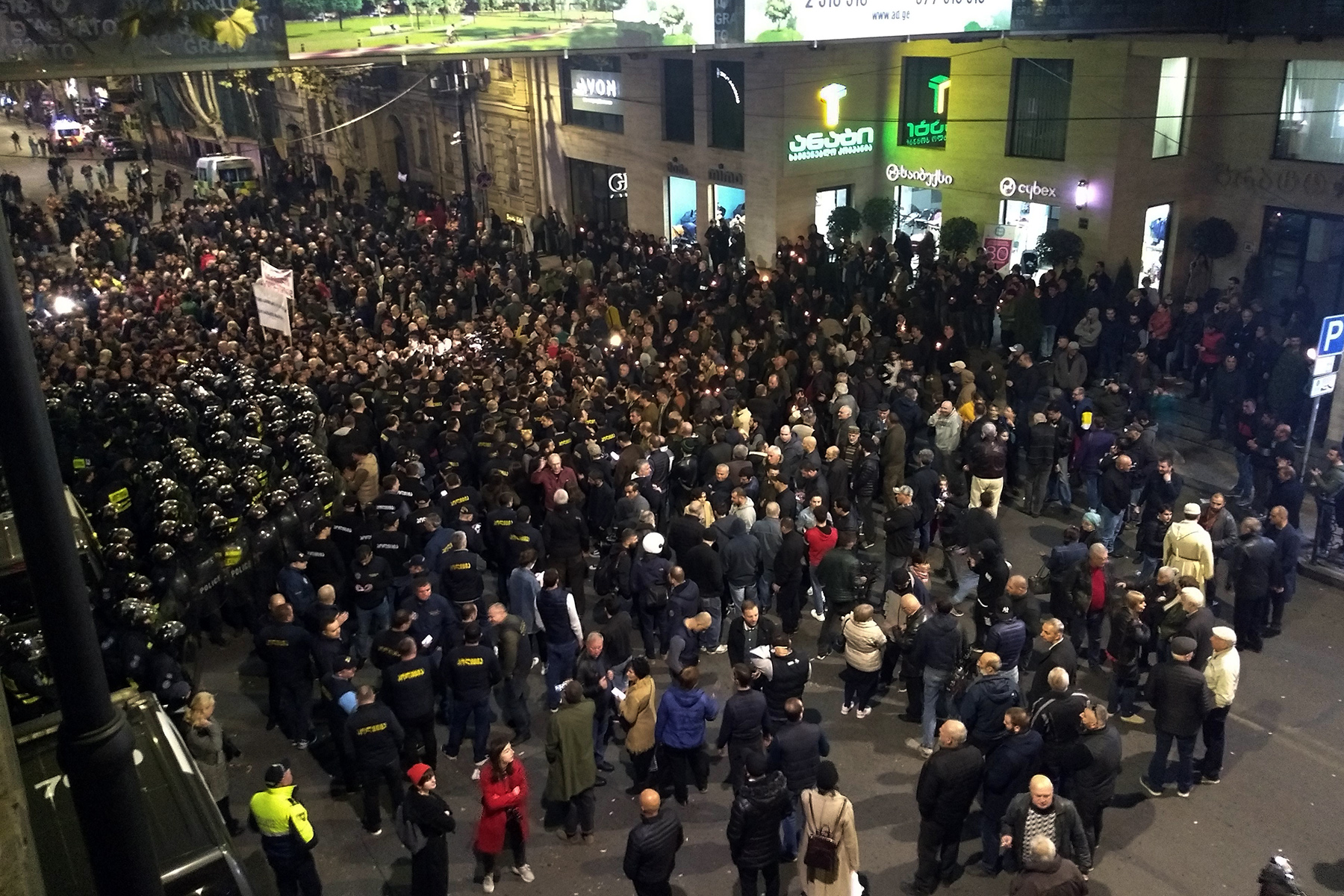 The Director talks about Georgian culture, how it is very expensive to live there, no one has any privacy due to shared living spaces, everyone "chain-smokes," employees can be fired for any reason at any time, and folks remain in tight-knit families in order to survive.

My appreciation for the film just went from liking it to loving it.

The Blu-ray can be ordered at Amazon at this link:
Amazon product
Cheers!
Last edited: Jul 4, 2020
Reactions: JoelA

I just noticed that Torch Song Trilogy has been added to HBOMax apparently in HD, which I believe is the first time it has been available as such. Come on Warner, put it out for sale already!
Reactions: Matt Hough, Mark-W, MatthewA and 1 other person
You must log in or register to reply here.

B
Stranger By The Lake