PRODIGAL SON is the story of Leung Chang (Yuen Biao). He is called the "Street Brawler" because of his prowess in Kung Fu, at least that's what he thinks. What he doesn't know is that his father pays his opponents to lose so his son doesn't get hurt. Leung Chang only find this out by getting beaten by Yee Tai (Lam Ching-Ying), an opera performer who plays a female character. Leung sets out to be Yee Tai's pupil but Yee Tai wants nothing to do with him.

Leung's father buys the theater troupe so Leung gets a job as Yee Tai's assistant in order to try to persuade him to be his master. Yee Tai still refuses but utilizes Leung as a character in a performance when the real actor flees from his lover's husband. The lover' husband than attacks Leung who is saved by Yee Tai. This attracts the attention of a prince who wants to fight Yee Tai.

The prince buys the whole theater troop dinner and challenges Yee Tai who reluctantly agrees. The fight starts in Yee Tai's favor but when he gets an asthma attack, the prince asks that they continue when he is better. There is one thing the prince and Leung have in common. They both aren't as good as they think they are and are protected by their fathers money and influence. Unfortunately, the prince is unaware of this and his aids opt to kill the whole theater troop so Yee Tai can't beat him in a fight. Yee Tai and Leung escape but do not find peace for long. 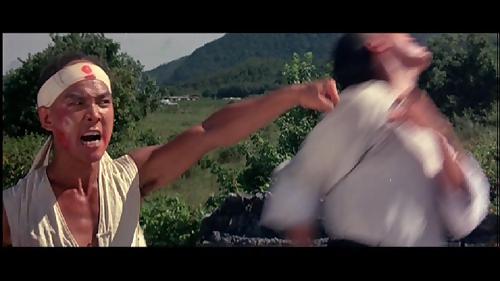 PRODIGAL SON features some great actions scenes as well as some great performances. This may be a little too "old school" for some but it has all the quintessential elements of a good Kung Fu movie. Great fights, oddball comedy, and revenge. Sammo Hung has a brief appearance in the film and gives some comic relief.

What sets this movie apart from the pack is that the characters have depth. The main characters all have flaws that make them more human and it adds a dimension to the story. The fights enhance the story instead of just being showcases that do little to advance the plot. 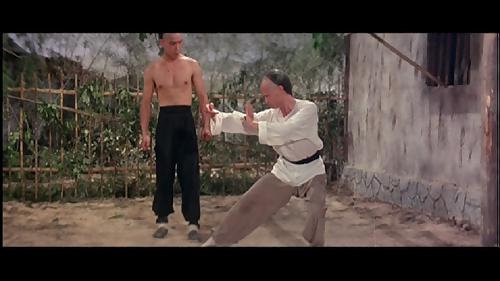 PRODIGAL SON is an old movie by Hong Kong standards. Being such, I am surprised how good condition the film print is. There's an occasional flicker and some specs but overall it looks good. You won't mistake it for a recent release but for being 23 years old it doesn't look bad at all. The transfer is well done. The detail is very good. You can see every drop of sweat on the characters during the close-ups. The colors are also good throughout the movie.

There are English and Cantonese Dolby 5.1 and DTS tracks. I used the 5.1 Cantonese track. The surrounds were used mostly for animal noises during the night scenes. There were a few times when the bass would really kick in. The dialogue was placed well in the sound field. The mix overall is good but the original theatrical mix would have been preferred. 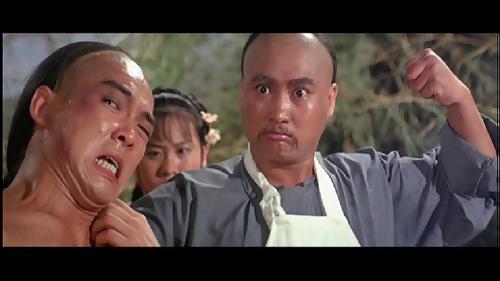 The subtitles are easy to read and are timed well. There are some odd grammatical errors and a number appears at the beginning or end of a sentence twice. These aren't distracting enough to take you away from the movie. The subtitles do not follow the English dub. The subtitles sometimes look like paraphrases of what is being said. I don't speak Cantonese so I can't say which is more accurate. The subtitles did tell the story well and I didn't feel like I was missing more of the story from them. 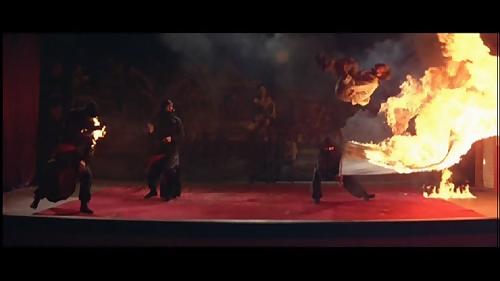 This is the only version of PRODIGAL SON I have seen on DVD so I can't compare it to the Hong Kong Legends version. That said, this is the best it will look for Region 1. It's not perfect but looks good for it's age. The 5.1 soundtrack is well done and shouldn't bother those who like the original theatrical mix too much.

Once again, Fox and Fortune Star give us the best version of a movie on DVD for Region 1.

I am having a contest to win one of the DVD's from the latest wave from FOX. Just send an e-mail with your name to [email protected]. I will select the winners at random on 5/21.

Thank you for the review

When's the next wave of Fox HK DVDs coming?

I think May 25th. I will have reviews for the rest of the batch soon.

You can find our detailed comparison review (with screen shots) of Fox's recent US R1 release and HKL's 2002 R2 release of The Prodigal Son here.


Click here for detailed shots of the covers. We also have the HKL reviews for most of those titles already on DVD Debate.

Thanks for the info about the next wave. I am just eagerly waiting for whoever is going to put out Wheels on Meals in Region One. That is my most sought after martial arts movie at the moment.

And does anyone know of a site that does reviews of these films based on their martial arts content? I am all for great picture and sound, but with these films if there arent some amazing fights in them, they can keep em. Of all the Fortune Star stuff out there now, In the Line of Duty 4 has the best fights in it. And Duel to the Death just for swordplay.

So anyone know of sites like I am looking for?

Here's one site that will help you out:

The quality of writing is rather plain, but the films are reviewed almost exclusively based on their martial arts content by people who are very familiar with the arts (PRODIGAL SON gets 5 out of 5 in this regard). Each review has stills taken from the DVD or VCD in question, which is a nice plus.
You must log in or register to reply here.

Yesterday at 3:27 AM
Ronald Epstein