Love that opening shot of Trantor (with the space-elevator). Lead girl looks real good, Lee Pace is always a gift, visuals are off the hook. It should be interesting to see how they execute this one, since Asimov's first three Foundation novels are so episodic (originally written as short stories and novellas back in the 1940s for John W. Campbell's Astounding SF magazine, and then collected in book-form in the '50s).

Like Denis Villenueve's upcoming Dune, it appears that they've gender-swapped one major character in particular (Gaal Dornick), but I have absolutely no problem with this.
Last edited: Jun 23, 2020

It has been at least 40 years since I read the trilogy, but I don't remember the books being quite so action packed.

Actually I don't remember very much about the books, but the inclusion of Jared Harris is definitely a plus. I don't have Apple TV and probably will not be getting it since there are only so many hours in the day; so I don't have a dog in the fight. Nice to see more SF adaptions though.

Walter Kittel said:
It has been at least 40 years since I read the trilogy, but I don't remember the books being quite so action packed.
Click to expand...

Well, to be sure, the books DO have quite a bit of action in them (like during the fall of Trantor, the battles between the Foundation and Anacreonian fleets, etc.), but Asimov almost always kept the action "offscreen" while he focused on the psychological stuff between individual characters (such as between Salvor Hardin and Wienis during the first book).

That one shot of the city burning is definitely right out of Isaac's stories, depicting either the sacking of the Imperial capital-world, or else maybe a glimpse into the alternate future described by Seldon in the books where the Interregnum caused by the Empire's collapse (without the Foundation onhand to steer things in a less-violent direction) lasts 30,000 years instead of just one thousand.

Also interesting to see what is apparently a female actress portraying R. Daneel Olivaw/Eto Demerzel. It could be that the actress playing the role is going for a more-androgynous/"Tilda Swinton-y" approach, but that Daneel might still end up being male like in the books. Guess we'll find out, here, and she certainly resembles Daneel otherwise in most physical respects.

Makes me want to read the trilogy again.

Apple gives us our first glimpse of Foundation, adapted from Asimov series 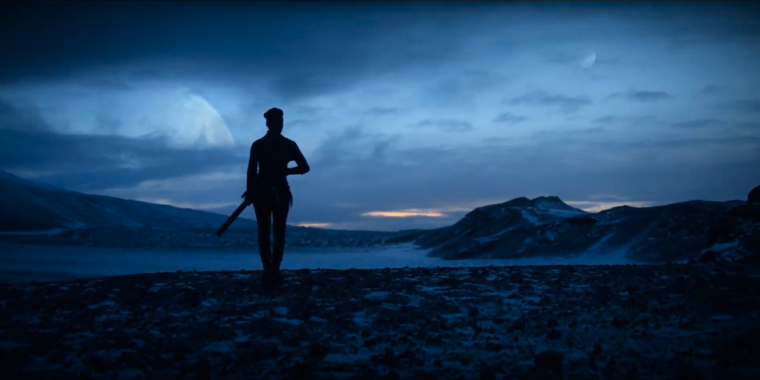 Apple gives us our first glimpse of Foundation, adapted from Asimov series

“The empire will fall. Order will vanish. This massive event is rushing to meet us.”

The concensus there is that without changing it up, it will totally drag for today's audiences. Someone else quoted Asimov as saying much later, when he reread his original work "Not a lot really happened"


I remember Foundation being a really slow read, and didn't finish the trilogy. This as someone who otherwise read a ton of Asimov.
Last edited: Jun 24, 2020

These “Foundation” novels are treasured possessions that I have read multiple times. My only caveat is that many movies and TV shows have covered the same types of things, making the originals seem already re-runs. I am afraid they could be creating another “John Carter”. This last movie imo was a wonderful film (one of the best for home 3D), that people were not willing to give a chance.

@TJPC I agree with you about John Carter except it was the studio that didn’t give it a chance when they failed to give it an adequate ad budget.
You must log in or register to reply here.