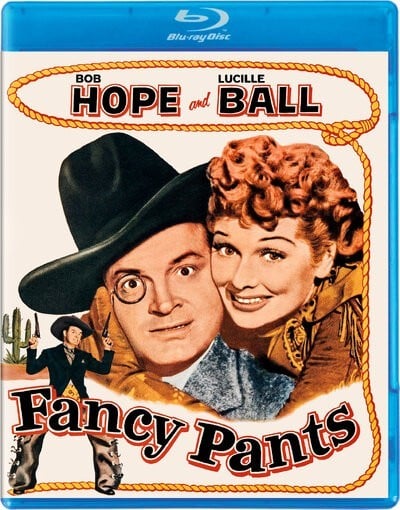 This Hope-ified take on the Charles Laughton classic Ruggles of Red Gap (1935) is certainly among Bob’s better efforts, plus you get Lucy and the inimitable Eric Blore to boot as bonuses! Definitely worth acquiring and presumably will look really nice in HD Technicolor.
Last edited: Sep 8, 2022

Not complaining, but I'm surprised Kino wound up with this one. I thought it was a no-brainer for Paramount Presents. Because it has, you know--two of the biggest stars of the 20th century in their prime, doing what they did best. And in color. This film has always been a little overlooked for some reason. It doesn't get talked about. I never understood that; it certainly is an easy, unpretentious charmer in its brief running time. And what a collection of character actors for the supporting roles.
You must log in or register to reply here.