There’s an aching sense of sadness that hovers over practically every frame of Kirk Jones’ Everybody’s Fine. It’s an intimate family drama with no bravura scenes or explosive moments. It’s small and compact and quite touching in its own way. Featuring polished performances of nuance and a just right running time, Everybody’s Fine is, like its title, just fine.


Eight months after the death of his wife, Frank Goode (Robert De Niro) schedules a family gathering to catch up with his four children who are scattered across America, but each of them cancels with their busy lives making it impossible to get away for the pre-arranged weekend. So, with retirement making it possible for him to travel, Frank gets the idea to visit them. His son David is nowhere to be found in New York City, so Frank hops on a bus to Chicago where his ad agency executive daughter Amy (Kate Beckinsale) spends an awkward evening with him and her husband Jeff (Damian Young) and son Jack (Lucian Maisel). Then it’s off to Denver where he’s surprised to find his son Robert (Sam Rockwell) not conducting the orchestra but the timpanist. Daughter Rosie (Drew Barrymore) is a Vegas showgirl whose show has just closed. All three of his kids insist that everything’s fine with them and their lives, but Frank has a way of putting the pieces together of things he’s witnessed to draw a somewhat different set of conclusions.


The film was based on the original 1990 movie Stanno tutti bene directed by Giuseppe Tornatore, and it hits the same beats as its predecessor. Frank’s pushy  nature with his children when they were younger to amount to something has made it impossible now for them to share anything with him but good news. Observant viewers will catch the clues at each stop and put two and two together before it’s done for them near the end of the movie. Kirk Jones’ direction is always subtle and never overpowering even with the hints that David’s involvement with drugs (unknown to his father) is even worse than anyone thought. Jones uses a motif that Frank’s mind often sees his adult children as tykes for split seconds, so when the accounting takes place near the end, it’s the young children he confronts rather than their adult counterparts. The fantasies work quite nicely in small bits, but the confrontation scene with the children as their adult surrogates doesn’t quite have the same impact. Jones also utilizes voice-over conversations between the siblings keeping bits of their secrets unknown to their father until the film’s denouement. The ending is quite moving and brings the melancholy film to a satisfying conclusion.


This is one of Robert De Niro’s best performances of the last few years. It’s quiet and contemplative and free of the hammy bombast he’s been used to injecting into recent roles. Of the three children, Sam Rockwell gets the most opportunities for truth, so he comes off best being able to be closer to the real person he is with his father. Drew Barrymore’s natural spunk and twinkle works well for her as the Vegas dancer, but Kate Beckinsale’s character is wound so tightly that it’s hard to see much within. Melissa Leo has a splendid one scene cameo as a lady trucker who’s about the most honest person in the movie apart from De Niro’s character.


The film has been framed at its theatrical 2.40:1 aspect ratio and is presented in 1080p resolution using the AVC codec. Overall, the film is clean and clear but without the razor sharpness and strong contrast that might have brought out more detail in the photography and might have made color pop just a bit more. Flesh tones are accurate throughout, and black levels are fine. The film has been divided into 16 chapters.


The DTS-HD Master Audio 5.1 sound mix is as subdued as the film’s overall tone. Dario Marianelli’s music (along with Paul McCartney’s end credit song) gets the most spread in the soundstage’s front and rear channels. Otherwise, there is only subtle ambiance to be heard in the fronts and rears from sound effects in the various locales which Frank visits. Dialogue has been well recorded and has been placed in the center channel.


There are seven deleted/extended scenes which can be viewed separately or in one 12-minute grouping. They're in 1080p


“The Making of ‘I Want to Come Home’” features composer Paul McCartney discussing his selection for the end credit song, his inspiration for the music and lyrics, and the recording and mixing of the song in this 9 ¾-minute vignette. It's in 1080p.


There are promo trailers for Serendipity, Confessions of a Dangerous Mind, LOL, and The Winning Season.


Everybody’s Fine is a sadly sweet domestic drama with fine performances by a star-laden cast and a well above average Blu-ray rendering. Recommended!

Wow, was this really just released on Blu? The DVD's been out for at least a year.
I really enjoyed this one. There isn't much to the plot, but the wonderful performances totally carry the film. It does a nice job of handling depressing subject matter without depressing the audience. 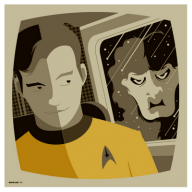 This was the first new release movie that I remember being released only on DVD way back in February of 2010. Since then there have been numerous including Bel Ami recently. I'll never understand why a new release would not get a blu-ray edition. Sony seems to be the worst offender in this regard. I'll definitely pick this up as I had seen the Preview on another Disney Blu-ray and was waiting for a release that never came.
You must log in or register to reply here.