Cameron, So, have you had many chances to fly your Mini 2? Any photos to share?

I finally sat down to complete The Recreational UAS Safety Test (TRUST). I was hoping that the test would be reasonably difficult to pass. Maybe that would help thin the herd of recreational pilots that do stupid stuff and give the hobby a bad reputation. But, alas, the TRUST test was super easy to pass. Just common sense.

Hey, maybe the bozos that go around ruining the hobby don't have enough common sense to pass? More than likely, they'll fly without taking the test. If so, I hope they get busted and fined.

I haven't flown my drone since the TRUST test became mandatory. Now that I've completed the test, I guess it's time to charge up some batteries and shake out the cobwebs.

I've flown it a few times and it's been a learning experience for sure. The last time I took it to the coast, and the app crashed (I think because the drone got too far away from me), and for about 5 minutes I thought I'd lost it into the ocean. But I was able to restart the app and re-establish the connection and found that it had gone into the low hover mode when it lost connection. So I was able to bring it back to shore unscathed. I don't know if there was any really remarkable footage from my mishap, but I'll try to find a couple things to share.

Not the most amazing shot, but certainly a perspective one would not be able to get otherwise. Made my first official edited drone video with some music. 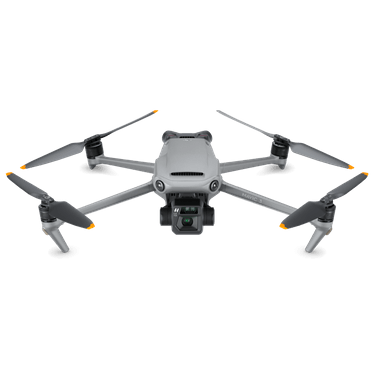 DJI Mavic 3 - Imaging Above Everything - DJI

DJI Mavic 3 is a powerful flagship camera drone equipped with a 4/3 CMOS Hasselblad camera to facilitate professional-level imaging. It also offers omnidirectional obstacle sensing for a smooth flight experience, a max flight time of 46 minutes, and a max transmission range of 15 km. Every... The DJI Mavic 3 is available in several configurations as well as a standalone unit starting at $2,199.

Three years after releasing the Mavic 2 series, DJI returns with the Mavic 3. It features a dual-camera system with a 4/3" CMOS sensor plus a tele photo lens that can zoom up to 28X. Is it worth the hefty price tag? We take a look at the Cine, the high-end model in this series.

DJI has shared a couple of videos online that show exactly what its flagship drone, Mavic 3, is capable of when it comes to aerial footage.

dronedj.com
You must log in or register to reply here.