Don't Come on Down! Bob Barker to retire...

I'm sure I'm not the only one who finds it difficult to imagine anyone else hosting this show. It just won't be The Price Is Right without Bob Barker.

Sad, sad, very sad. But, we have to just thank Bob for 35 great years. It's been a hell of a run. The show can never be the same without him, but I hope it can go on. It's the best game show there is. They better pick somebody really good.
M

Yeah, remember that night time version with host Tom (something or other). It was definitely not TPiR without Bob.
W

I always remember Bob Barker in the movie Happy Gilmore, when he beat the shit out of Adam Sandler.

I remember watching The Price Is Right growing up. I can't really imagine anyone else hosting it.

The only thing I regret about him is all the pets that have been spayed or neutered over the years per his instructions. Ouch!

He'll definitely be missed! He wasn't just the host of the show, he WAS the show! And his fear of Samoans is legendary!

I mostly remember Bob Barker from his show Truth Or Consequences. I used to watch that all of the time while growing up. Will miss you Bob. Have a great retirement....and spay/neuter those pets

Just a brief return from my month or two message board hiatus, all four of them, but I had to comment on this.


Price was the first show I started watching regularly as a kid. At 4, being mesmerized by the lights and big wheel, then later on in life when I Was sick at home, and even later still, watching it during study hall or lunch at high school with my portable TV and a bunch of us crowded around it quietly cheering people on.

I have two CBS connections, and I'm going to lightly pester them like crazy to see if they can get me behind the scenes for Bobs last show for picture opportunities. Already saw it once two years ago for a Christmas show, but this is a TV Event that must be attended

Yeah, when I was a kid, both of my parents worked long hours and my brother and I would go to my grandparents every day (for the summer) - and every day at 11am, we'd watch The Price is Right while my grandmother prepared lunch.

Man, I remember re-enacting some of the games with my brother and another friend. It's funny how I fondly remember a game show like I remember Sesame Street. 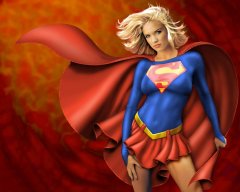 Ditto, I remember this as a kid, even now it's nice to flip through the channels and still see Bob on...gonna miss that!

Dont feel too bad for those pets,they will get there revenge should they all meet up in heaven.
M

Yeah, but they won't have any children to back them up in case a rumble breaks out.