Another year, another set of cast changes for Designing Women: The Final Season. This time, it’s Judith Ivey as the ebullient Texan multimillionaire B.J. Poteet. Arguably a better-defined character than the one she replaced, Julia and Suzanne’s cousin Allison, the actress is given more of an opportunity to blend in with the existing ensemble. In this final season, Anthony gets married, Mary Jo stands up to Julia and the firm faces possible financial ruin…twice. The scripts don’t break any new ground and lack the personal touch of the early seasons, but there’s still some great moments of comedy in this classic sitcom’s swan song season. Except for the last eight minutes of one episode, the DVD is up to the usual technical standards fans of the show have come to expect from Shout!


Subtitles: none (Closed-Captioned for the hearing impaired)

In 1991, when the producers of Designing Women fired Delta Burke and replaced her with Newhart’s Julia Duffy as Suzanne and Julia’s obnoxious cousin Allison, little did they know they would be replacing Duffy a year later. While the initial publicity may have helped the ratings, the new character just didn’t fit into the show’s dynamic, and they knew it.

Once again, Sugarbaker & Associates partners Julia Sugarbaker (Dixie Carter), Mary Jo Shivley (Annie Potts), Carlene Dobber (Jan Hooks) and Anthony Bouvier (Meshach Taylor) are scrambling to find a new source of cash when Allison pulls out to invest in a Victoria’s Secret franchise instead. When rich Texan widow B.J. Poteet (Judith Ivey), a former court reporter who married wealthy Houston industrialist James Poteet, hires them to redesign her house and promises an unlimited budget, the firm is saved. Talkative, independent-minded and friendly, B.J. admits she doesn’t know a thing about decorating, so she doesn’t try to interfere. Instead, she does what Texas multimillionaires apparently do best: buys everyone lavish gifts and flies them around the country in her private jet. Wisely, the writers don’t repeat their mistakes from last season by trying to create yet another version of Suzanne, thus giving Ivey much more to work with, and she plays it to the hilt while still managing to fit in with the established principals. By now, Jan Hooks seems to have found a good niche as the sweetly naïve Carlene Frazier Dobber, Charlene’s younger sister. And, of course, there’s still Bernice Clifton (Alice Ghostley), whose arterial blood flow to the brain is as restricted as ever.

While some plot lines call earlier episodes to mind, and they lack the personal touch of the earlier years, when Linda Bloodworth-Thomason wrote it as a virtual one-woman band, there’s still a bounty of laughs, and the characters have even grown up a little, even if their gestures have gotten broader and more strident. By now, Mary Jo has grown into someone who can more than hold her own in an argument with Julia, and argue she does, in a hilarious scene where Julia returns to the same fashion show that made her the laughingstock of Atlanta. This year, Anthony ties the knot with Las Vegas showgirl Etienne Toussaint (Sheryl Lee Ralph, one of Broadway’s original Dreamgirls) after his fiancée, Vanessa, called off their engagement. Ralph tries her best with the two-dimensional role, but she just doesn’t get enough screen time to grow beyond the pretentious showgirl she starts out as, nor does the show give her more than one chance to show off her song-and-dance credentials.

The show’s hour-long finale is not its finest hour by any stretch of the imagination, and it’s no match for The Carol Burnett Show’s legendary parody, but it is fitting: a tribute to Gone With the Wind in which the characters imagine themselves in the roles, bridging the connection between the Old South and the New South (although Suzanne would have made the perfect Scarlett O’Hara, and not just because of Delta Burke’s resemblance to Vivien Leigh).

CBS bet that audiences would follow the show from Monday at 9:30 to Friday at 9:00 in their attempt to compete with ABC by creating a sort of TGIF for adults (it also included The Golden Palace, Major Dad and Bob; only the latter saw another season). The bet didn’t pay off, and Designing Women sank to an all-time low of 52nd place (lower than Delta Burke’s eponymous ABC sitcom, which, along with her new blonde hairdo, came and went that season), leading CBS to cancel it. In an ironic twist, Annie Potts ended up replacing Susan Dey on Love & War, the show that took its old timeslot.

The episodes are presented in their original broadcast aspect ratio of 1.33:1, and they look no better or worse than the preceding seasons. Color saturation and contrast are above average. Video noise is minimal; not squeezing eight episodes onto one disc helps in this respect.

However, there is one episode on disc two, entitled “The Vision,” that seems to shift to an odd shade of magenta at the 15-minute mark and stays that way for the rest of the episode.

The episodes are presented in stereo, just as they were broadcast (the old “CBS StereoSound” logo is intact as well). Dialogue is crisp and clear with minimal distortion, but stereo activity is limited to the theme song and incidental music.

There are no extras whatsoever.

Fans of Designing Women can be happy that Shout! Factory has seen this fine series through to the end. Once again forced to replace a departing character, the writers wisely do something different for a change. While this last season isn’t the best, it’s still full of laughs and well worth watching overall. Despite the odd color shift on the last eight minutes of the ninth episode, there’s nothing else to complain about.
Reactions: morasp

Now all we need is the spin-off series "Women of the House", in which Delta Burke's Suzanne becomes a congresswoman. Mill Creek announced they were releasing the show back in 2011 but I don't recall it ever reaching stores... 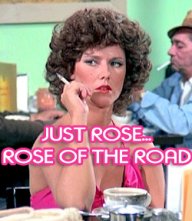 I am ecstatic that Shout actually brought us the last two seasons, seeing this show to the end, even with all the music intact! I just wish the writing of S7 had been consistent throughout. A few episodes from this year are among my favorites of the whole series ("The Woman Who Came to Sugarbakers", "The Lying Game"), but others, especially those that spotlight Anthony and Etienne ("The Vision Thing", "Trial and Error") are somewhat embarrassing IMO. Still, love Judith Ivey and the fact that Jan Hooks' character got classier this season.
As for "Women of the House", I have some episodes on an old VHS tape, and I don't think it compares to this show at ALL. I found it endlessly talky and dull despite all the talent involved. I'd much rather see "Delta" or Judith Ivey's next series "The Five Mrs. Buchanans" on DVD. I thought those were much better shows.
You must log in or register to reply here.
Share:
Facebook Twitter Reddit Pinterest Tumblr WhatsApp Email Link