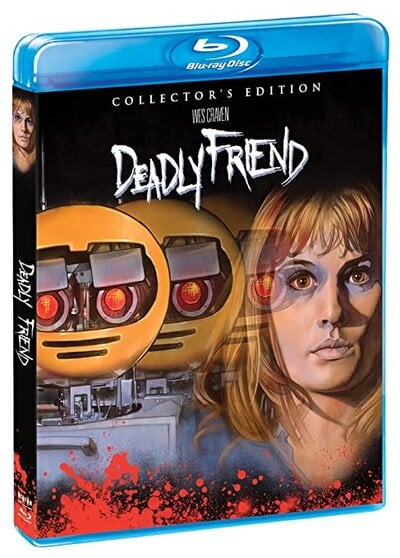 Finally! FINALLY! The much-requested-for Wes Craven horror/sci-fi favorite DEADLY FRIEND short circuits onto Blu-ray for the first time in time for Halloween!
Here are the early details we have at current time to share:
• National street date for North America (Region A) is Oct 12th.
• This will be presented as a Collector’s Edition and will come guaranteed with a slipcover in its first three months of release.
The newly commissioned artwork pictured comes to us from artist Colin Murdoch. This art will be front-facing, and the reverse side of the wrap will feature the original theatrical artwork.
• Extras will be announced on a later date, but we can confirm today that there will be a new HD transfer of the film (same runtime & content as the prior “Twisted Terror” DVD) and interview with actress Kristy Swanson!