[TD valign="top"] TUNE INTO IGN’S INSTAGRAM FOR EXCLUSIVE CONTENT IN THE AFTERNOON, FOLLOWED BY A SPECIAL LIVESTREAM Q&A WITH TREJO AND SURPRISE GUESTS [/TD] 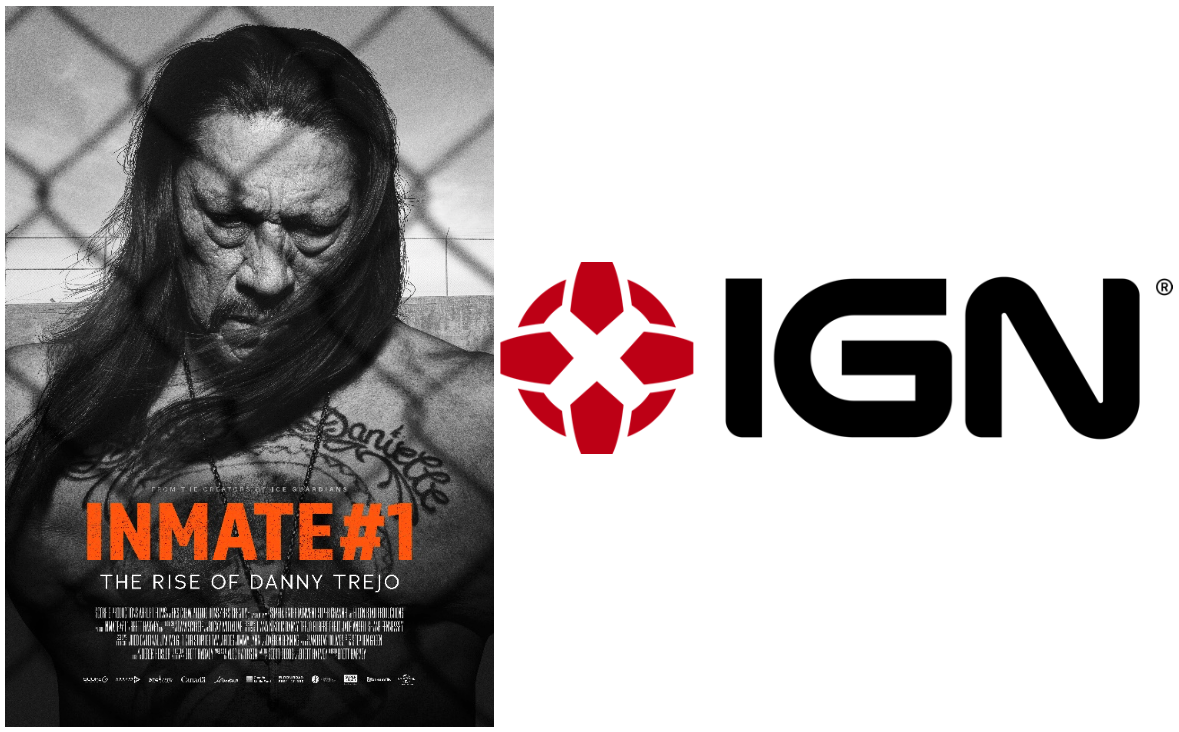 [TD valign="top"] WHAT: To celebrate the U.S. debut of Inmate #1: The Rise of Danny Trejo , Universal is partnering with IGN to host an evening of eventful activity on July 7 with Hollywood’s most unlikely hero, Danny Trejo. Tune into IGN’s Instagram Story at 5 p.m. PDT (8 p.m. EDT) to view fun content of Danny as he virtually celebrates his premiere, with interactive trivia, amusing video clips and a call for questions which will be answered in the evening.

At 5:30 p.m. PDT (8:30 pm PDT), we encourage fans to view the documentary, available on Digital retailers including Apple TV, Vudu, Google Play, Xbox, Playstation Video, Amazon Video and more. Following your screening, tune back into IGN’s Facebook , YouTube or website at 7:30 p.m. PDT (10:30 p.m. EDT) to watch a special Q&A with the legend himself, along with special guests.

Inmate #1: The Rise of Danny Trejo is available on Digital July 7. Pre-order the film NOW on iTunes HERE : https://itunes.apple.com/us/movie/inmate-1-the-rise-of-danny-trejo/id1518094623 WHEN/WHERE: Tuesday, July 7, 2020
Pre-Show starts at 5:00 p.m. PDT on IGN’s Instagram
Live Q&A with Danny Trejo starts at 7:30 p.m. on IGN’s Facebook , YouTube or website OFFICIAL SYNOPSIS Inmate #1: The Rise of Danny Trejo is the feature documentary experience revealing the extraordinary life journey of Hollywood's most unlikely hero, Danny Trejo. From an early life of drugs, armed robbery and hard prison time, to the red carpets of Hollywood blockbusters and helping troubled addicts, Danny gives a firsthand account of one of the greatest transformations of human character ever put to film.
Having spent 71 years starring in a personal expedition that outshines any Hollywood fiction, Inmate #1: The Rise of Danny Trejo, is the shocking story of one man’s capacity to overcome his demons, only to discover redemption through the most unlikely of journeys. Through the exploration of his old stomping ground and the supporting cast of family, friends and some of the world’s biggest stars, join Danny Trejo as he delivers a raw and sobering account of his transformation from a hardened criminal to celebrated Hollywood icon and beloved friend of all who cross his path.
Directed by: Brett Harvey
Featuring interviews with: Danny Trejo, Cheech Marin, Robert Rodriguez, Michelle Rodriguez, Donal Logue
Trailer: https://youtu.be/C59f07pt-Nk U.S. Release date: Available on digital JULY 7
[/TD]