It is 1966 a civil war is raging between North and South Vietnam Australia and New Zealand have sent forces to help the South and American troops fight the North. In a rubber plantation called Long Tan 108 mostly inexperienced Australian and New Zealand soldiers are fighting for their lives against 2500 North Vietnamese. The movie stars Travis Fimmel from the popular Vikings. The audio is in German and English with German subtitles. The Region Code is locked "B". Like Platoon and Full Metal Jacket this movie presents a very realistic portrayal of the Vietnam War. 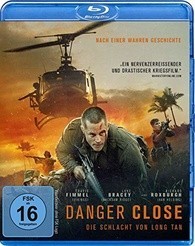 This looks really good. Thanks @Ernest for bringing this to my attention.

Today at 6:08 AM
Robert Crawford