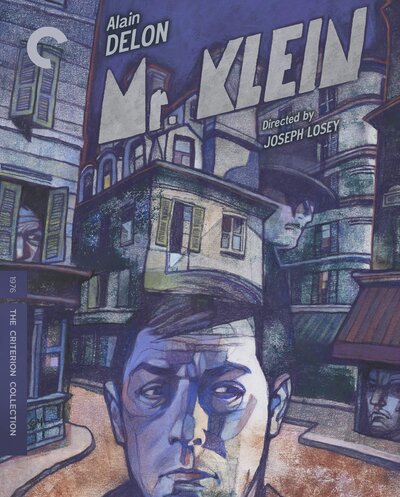 ​
One of the crowning achievements of blacklisted Hollywood director Joseph Losey’s European exile, the spellbinding modernist mystery Mr. Klein puts a chilling twist on the wrong-man thriller. Alain Delon delivers a standout performance as Robert Klein, a decadent art dealer in Paris during World War II who makes a tidy profit buying up paintings from his desperate Jewish clients. As Klein searches for a Jewish man with the same name for whom he has been mistaken, he finds himself plunged into a Kafkaesque nightmare in which his identity seems to dissolve and the forces of history to close in on him. Met with considerable controversy on its release for its portrayal of the real-life wrongdoings of the Vichy government, this haunting, disturbingly beautiful film shivers with existential dread as it traces a society’s descent into fascistic fear and inhumanity.