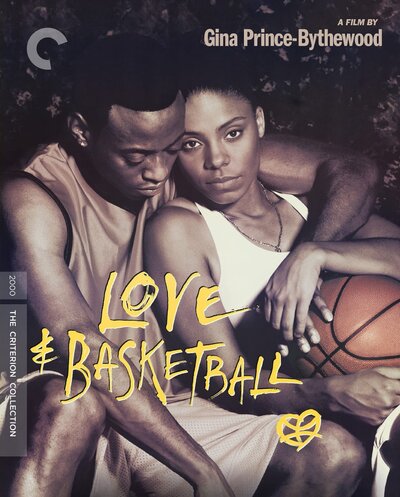 ​
Sparks fly both on and off the court in this groundbreaking feature debut by writer-director Gina Prince-Bythewood (The Old Guard), which elevated the coming-of-age romance by giving honest expression to the challenges female athletes face in a world that doesn’t see them as equal. Sanaa Lathan (Alien vs. Predator) and Omar Epps (Higher Learning) make for one of the most iconic screen couples of the 2000s as the basketball-obsessed next-door neighbors who find love over flirtatious pickup games, fall apart under the strain of high-pressure college hoops and families, and drift in and out of each other’s lives as they pursue their twin aspirations of playing professionally. Aided by stellar supporting performances and an eclectic R&B soundtrack, Love & Basketballcaptures the intoxicating passions, heartbreaking setbacks, and sky-high ambitions that mark a young woman’s journey to the top of her game and to lasting love.

New cover based on an original theatrical poster

I'll be purchasing this Criterion BD.
You must log in or register to reply here.