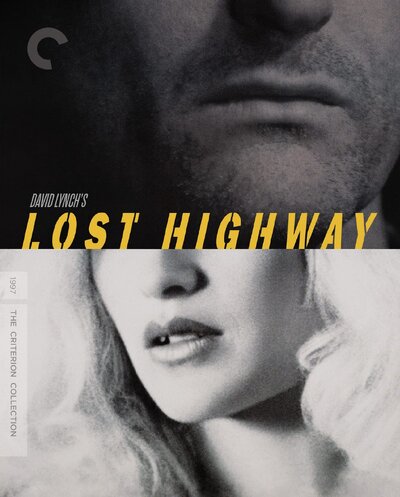 ​
“We’ve met before, haven’t we?” A mesmerizing meditation on the mysterious nature of identity, Lost Highway, David Lynch’s seventh feature film, is one of the filmmaker’s most potent cinematic dreamscapes. Starring Patricia Arquette and Bill Pullman, the film expands the horizons of the medium, taking its audience on a journey through the unknown and the unknowable. As this postmodern noir detours into the realm of science fiction, it becomes apparent that the only certainty is uncertainty.

No commentary and no chapter stops?

TravisR said:
No commentary and no chapter stops?
Click to expand...

Its Lynch. Why would there be?

Lord Dalek said:
Its Lynch. Why would there be?
Click to expand...

It was a joke.

I'm (pleasantly) surprised they're releasing Lost Highway before INLAND EMPIRE since the news of the work that had been done on the latter pre-dated the news that they were working on the former by a couple of months. Must be trying to get it out in time for Lost Highway's 25th anniversary.

Disappointing slate of extras. Not that I expected much more.

When I reviewed Pretty as a Picture years ago, I wrote: "The film was directed by one of Lynch’s old friends and there’s the overwhelming impression that the whole thing is a puff-piece. No tough questions are asked, there’s almost no mention of the fact that many of Lynch’s films are controversial, and there’s very little real insight into his art or what makes the man tick. Because Lynch does not like to discuss the meaning behind his films, there’s absolutely no analysis or scholarly criticism. We aren’t really even given any kind of social context into which to place his works." (I believe that doc was also shot on SD videotape.)

Similarly, when I reviewed the Room to Dream book: "Because this is an authorized biography, the book maintains an unsurprisingly positive and supportive tone toward everything David Lynch has done, and tends to gloss over the darker periods in his life (except to note them as character-building) or any flaws in his behavior or personality."


TravisR said:
No commentary and no chapter stops?
Click to expand...

I'm surprised they aren't promoting "Removal of all chapter stops per filmmaker instruction" in the list of features.

Here's a link to the commentary track that Tim Lucas recorded for the Kino disc. That track had to be removed at the last second from that disc. I think we all know by now that Lynch likes people to interpret his films on their own. No surprises in this release, and I'm greatly looking forward to seeing it in 4k.