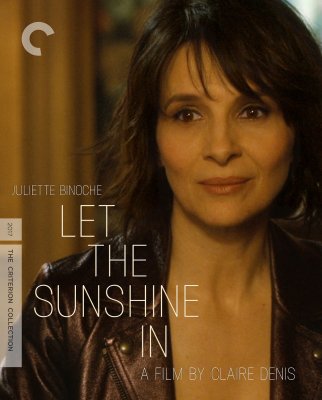 ​
Two luminaries of French cinema, Claire Denis and Juliette Binoche, unite for the first time in this piercing look at the elusive nature of true love, and the extent to which we are willing to betray ourselves in its pursuit. In a richly layered performance, Binoche plays Isabelle, a successful painter in Paris whose apparent independence belies what she desires most: real romantic fulfillment. Isabelle reveals deep wells of yearning, vulnerability, and resilience as she tumbles into relationships with all the wrong men. Shot in burnished tones by Denis’s longtime collaborator Agnès Godard and featuring a mischievous appearance by Gérard Depardieu, Let the Sunshine In finds bleak humor in a cutting truth: we are all, no matter our age, fools for love.