Does anyone know of any controller extensions for the new Gamecube controllers. I started using these for my PS2 and Dreamcast and I'm addicted to them. I'd hate to start playing my Gamecube while sitting on the floor.
-Andre F
------------------
-= Take your stinking paws off me you damn dirty ape! =-

I have these for Super Nintendo and they really are great. Its not so much that they make the cord longer, but that I can sit farther and farther away.

Yup, they've become an essential accessory for me too - got them for my PSX, DC & N64. Need to get a couple of Saturn sets too.
Haven't head anything about GC ones yet, but I'm sure thirdparties will launch them as soon as the machine hits the shops.
------------------
Nothing In Particular

Weird--I picked up two controller extenders today, one for my Dreamcast, the other for my PS2, before I ever saw this thread.

I've had one for my N64 for like a year and a half, but, for some reason, it's never occurred to me to get extenders for the other systems until today. And yeah, I'm sure we'll see some third-party extenders for the GameCube and XBox on or around their release. These extenders are the only third-party accessories I allow around my systems. . .

Its not so much that they make the cord longer, but that I can sit farther and farther away.

Matt-
The controller lengths are fine for me, but I like sitting as far away as possible from the TV just for kicks.

Nintendo will be releasing a wireless (RF) controller dubbed the "Wavebird", which will work from 50 feet away. Because it's RF, there wont be the "line of sight" problem associated with InfaRed controllers. Also, because it is being developed by Nintendo themselves, that almost assures good quality, unlike what would come from most third parties.
The US release is not until Q1 2002, so I've just ordered the Japanese version which is supposed to launch this month. Hopefully, it'll arrive intime for the North American launch of the GameCube.
Andrew
------------------
ICQ# - 119869807

The US release is not until Q1 2002, so I've just ordered the Japanese version which is supposed to launch this month. Hopefully, it'll arrive intime for the North American launch of the GameCube.

I ordered it from www.ncsx.com They are a very reliable online import shop from everything I've heard.
The cost was $49USD, which is probably a few more dollars then what the domestic release will cost, but if I'm getting it that much earlier, I think it's worth it.
Go to their "shop" section, then to the Gamecube hardware section. FYI, the Japanese release is called the "Silverbird" and not "wavebird" like the North American release will be called.
Hope that helps.
Andrew
------------------
ICQ# - 119869807

Thanks for the info, Andrew. I'll probably go order one right now. I would think that the Japanese WaveBirds should be 100% compatible with the U.S. Cube. This way, I won't have to bother with buying an extra controller next month.
quote: The Wavebird doesn't include rumble support though.[/quote]
Does it not? According to IGN, it does:
quote:
Apart from price, it remains to be seen how much heavier the Wavebird will be since it will most definitely need batteries to operate the built-in Rumble functionality.[/quote]
http://cube.ign.com/hardware/219.html
Whatever the rumble situation is, Nintendo hasn't exactly been forthcoming with information on the WaveBird. . .
(EDITED to add that the above article is from September 7, 2000, so more than likely it is incorrect on the rumble issue)
-mwb-
------------------
Obi-Wan (to Anakin):
Why do I think you're going to be the death of me?
Star Wars: Episode II Attack of the Clones
May 22, 2002
[Edited last by Matt Birchall on October 13, 2001 at 02:10 PM]

From more recent stuff that I've read (for the life of me, I can't remember where though...sorry) the Wavebird doesn't include rumble support.
To me though, this isn't a big loss. I've yet to play a game that actually makes good and inventive use of the rumble function besides Metal Gear Solid on the PSX. Every other game I've played, it just feels as though developers added rumble support just because the rumble paks were in controllers...no real effort was put into it.
Maybe this is just me, but that's how I feel about it anyways. So, either way I don't really care if there is rumble support in the Wavebird.
Andrew
**EDIT**
After thinking about it for a couple seconds after posting, I actually very much hope they don't include a rumble pak in the Wavebird, because it will have to be powered by the batteries that are already powering the controller itself. If they are powering the controller as well as the rumble, this will lead to seriously reduced playtime with the controller before you need to buy new batteries.
------------------
ICQ# - 119869807
[Edited last by AndyVX on October 13, 2001 at 03:49 PM] 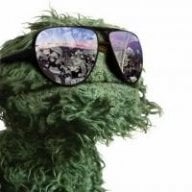 Just wanted to bump this to see if anyone knows where I can pick up some controller extensions for the GameCube. I'm desperate.

Jason,
9ft is the legnth of the Xbox's controller cables.
You must log in or register to reply here.

Xbox and goodies for sale

R
Any XBOX controller extensions that dont use the breakaway?