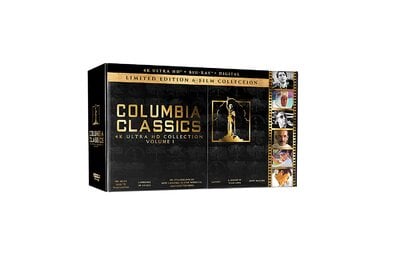 While this is great news, why do I get the feeling holding out may get you this set for $80 or less?

WIDGET BELOW MAY NOT REFLECT SALE PRICE

Tough call. Amazon seems to be the only place this set is being sold at. It seemed to sell out shortly after it was released. Who knows how many sets they got when they started selling it again. So it may sell out at Amazon or not and be available during the holiday season for $80 or less. It like a game of chicken.
Are you willing to miss out on this set to wait for a better price. The films will be released individually eventually though that has not been announced yet.
You must log in or register to reply here.
Share:
Facebook Twitter Reddit Pinterest Tumblr WhatsApp Email Link