Chris Evans to return to MCU as Captain America (1 Viewer)

No word on whether it’s a movie, Disney+ show, or what, but it sounds official.

Would love to see Steve Rogers returning the stones and going to live with Peggy Carter in the past. 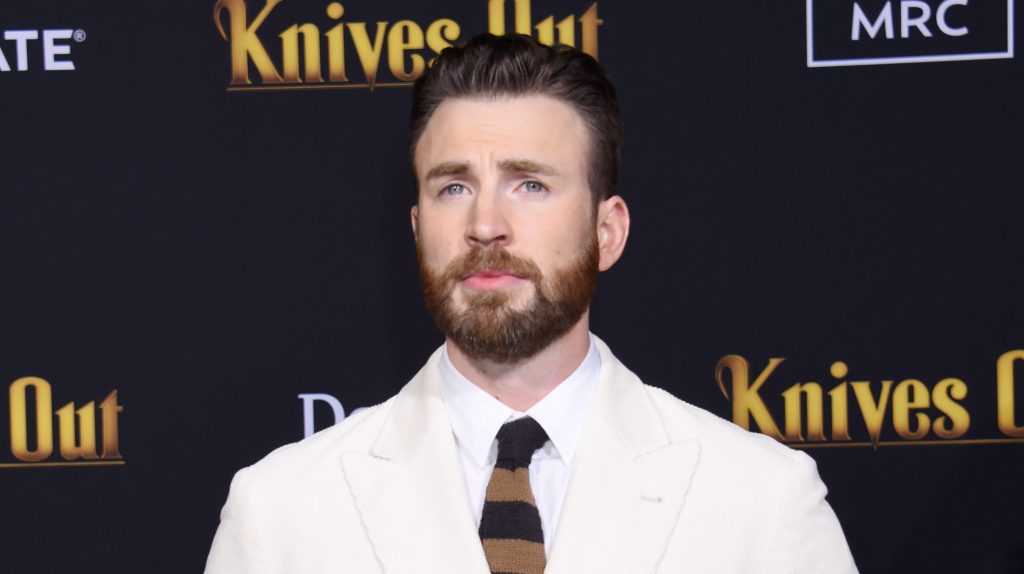 EXCLUSIVE: In a move that is sure to rock the Marvel Cinematic Universe, sources tell Deadline that Chris Evans is cleaning the dust off his Captain America attire as he is expected reprise the rol…

Wasn't he still alive at the end of the last Avengers, why wouldn't he return?

TravisR said:
Wasn't he still alive at the end of the last Avengers, why wouldn't he return?
Click to expand...

He was an old man so donning the uni wasn't going to happen in that current state.

Robert Crawford said:
He was an old man so donning the uni wasn't going to happen in that current state.
Click to expand...

I totally forgot that. Still, some kind of comic book time travel thing and you're back to handsome young Chris Evans.

TravisR said:
I totally forgot that. Still, some kind of comic book time travel thing and you're back to handsome young Chris Evans.
Click to expand...

Well, I was kind of joking, but, we don't know in what time period he'll be in because they could go back in time before that scene, when he was actually still young. We don't know right now or whether it's even another Captain America movie. It could be a series or even another movie with other Marvel character(s).

I am hoping for a D+ series following the 1940s/1950s Steve and Peggy in their new timeline.

The article suggests he could take on a RDJ type role, like we saw in Spider-Man Homecoming.

Sam Favate said:
The article suggests he could take on a RDJ type role, like we saw in Spider-Man Homecoming.
Click to expand...

That's what I noted.

Real-life Chris Evans isn't getting any younger (he hits the big 4-0 in June). If they want him as the young, handsome Captain America, they'd better hurry up.

Could it have something to do with the multiverse?

I don't know if it's a tactic to throw people off the trail but a couple hours ago, Evans tweeted "News to me"

TravisR said:
I don't know if it's a tactic to throw people off the trail but a couple hours ago, Evans tweeted "News to me"
Click to expand...

Deadline says “nears deal.” Evans is probably contractually forbidden to say anything until the deal is done.

I don't think Steve needs to return. His story felt finished to me, and I don't think I want to see Endgame dinged retroactively because he got the ending he deserved to have. Chris Evans has also had success recently outside of the MCU (Knives Out, Defending Jacob, and next year he'll be in the Buzz Lightyear movie.). Therefore, he doesn't need the money or the work. That being said, my guess is that if this is true and he is returning, it's because he was presented with a story that he thinks is good. If that's the case, I'm totally down with seeing what this is.

There are a few things that popped into my head as possibilities.

(1) We know Loki has already been filming, but I don't know if it's done yet. It's very possible that as part of his "clipping all the branches" in Endgame, he wants to find the version of Loki who escaped from 2012 when they didn't get the Tesseract there as planned. This is of course the version of Loki that we will be following in the series. They could easily have Evans pop up briefly in an episode or two to give the impression that he is on Loki's trail without it having to be a huge commitment for him. This would also be able to totally respect his Endgame conclusion because I took it that he fixed all the timelines before going to reunite with Peggy.

(2) Because we know Doctor Strange is going to be messing with the multiverse in his next film, it's possible that he ends up in a timeline where the time heist didn't work and/or Thanos won somehow. If so, it's possible that we could see a version of Steve from that timeline pop up in there. Again, the advantage of this approach would be that it wouldn't mess with the ending that was crafted for "our" Steve in Endgame while still allowing us to see Evans return to the role.

(3) Steve enjoyed a close relationship with T'Challa once it was cleared up that Bucky did not assassinate T'Chaka. Because we know they are not recasting T'Challa, I would think there's a good chance we will see his funeral in Black Panther II. If so, it would make sense for Steve to attend that. Perhaps he could provide some kind of guidance for Shuri or whomever is going to take on the mantle of Black Panther next. The only problem with this theory is that Black Panther II will take place after Endgame in approximately 2023. So if they went with this option, Steve would have to appear in his aged form from the end of Endgame. But it would be a supporting role and likely not a huge shooting commitment for him.

Or it could be nothing and Deadline could be wrong.

This whole news feels premature. Obviously, if it is real, it's something Marvel would have preferred to put out there in their own way and time. But of course Deadline wanted to post a scoop, which is fair because that is their job. Except for real-world societal events, this is easily the most talked about news story today, so they did what they're supposed to do and got attention on their website and reporting.
V

Ok I suspect I’m alone on this... my favorite movie of his was “Push”. I might watch that this weekend in fact

Robert Crawford said:
He was an old man so donning the uni wasn't going to happen in that current state.
Click to expand...

I’m willing to bet that “old man Rogers” is still more man than most one quarter his age.

That being said, Steve Rogers doesn’t have to be be in the Cap suit as an action hero to still be all of the great things he is.

There are so many things they can do with Steve. They can have old man Rogers involved in some way and/or they can use Steve at any age between when he stepped on the platform to return the stones to when he returned to give Sam the shield. That’s about 75 years worth of life with untold story potential.

They could use him in stories set in the late 40’s/50’s and beyond. Or he could show up in “present day” to adventure with the Avengers (or X-Men or Fantastic 4, ALL OF THEM in the next massive event like “Secret Wars) before returning back to his own time. Since he has access to the technology to be a time traveler now his appearances don’t have to be “linear” in relation to how we last saw him.

This has been on my rumor radar for quite a long while now from the guy I follow, but it’s great to finally hear some rumblings from the “legit sites”.

Of course, I hope it doesn‘t have to be said that any denials from Evans or Feige don’t have any more significance than when “the door was closed” on Spidey staying with the MCU, or when Benedict Cumberbatch wasn’t Doctor Strange, or when Tatiana Maslany denied that she was She-Hulk, etc, etc... Denials of things like this are expected.

TravisR said:
I don't know if it's a tactic to throw people off the trail but a couple hours ago, Evans tweeted "News to me"
Click to expand...

Well of course he did.

If this is true, no one who has followed this stuff should expect him to say “Well, the cat’s out of the bag, guess I can talk about it now. Can’t wait to be back in Cap’s “surprise“ return in “insert movie title” in 2024”

This may not pan out, but if it is legit there‘s no way Marvel would want to broadcast his return right now, and Evans knows that.

Kevin Feige is denying this: 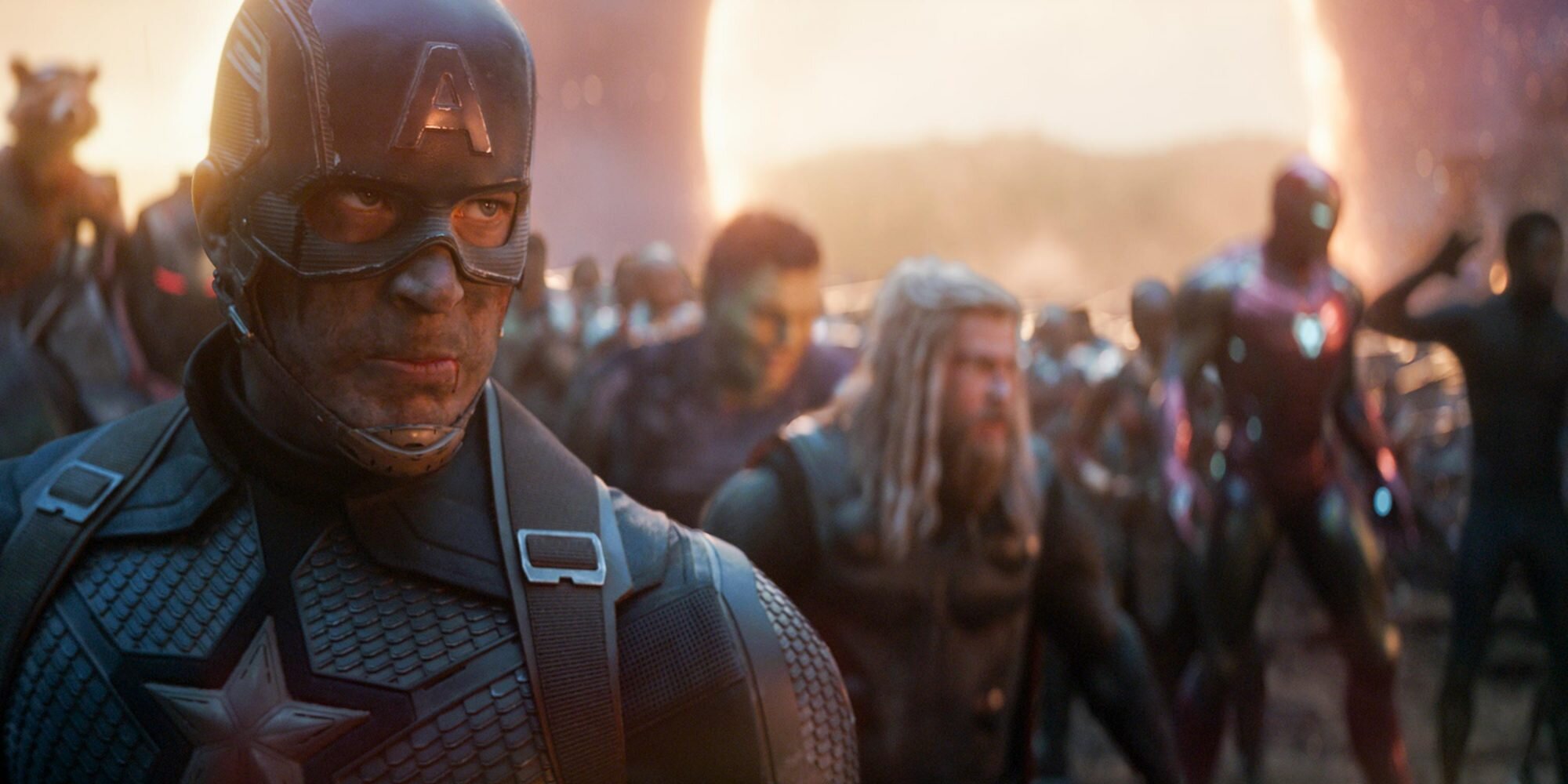 He really didn’t deny anything though. He just referred to whatever Chris Evans has already said, and you wouldn’t expect either of them to say “yeah, that’s the plan” if it were true. Feige is a master at dodging questions.

Just curious, anyone know what Evans said regarding this when the rumor surfaced? I’d imagine it was something like “News to me” or “that’s the first I’ve heard of that“ or something along those lines. All Feige is saying here is “what Chris said”.
You must log in or register to reply here.