Can't seem to get 4K HD from a PS4 Pro on a Samsung Q7 TV through Denon receiver? 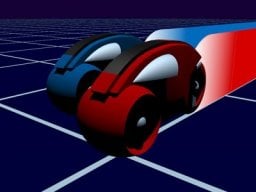 So I recently bought a Playstation 4 Pro so I could experience 4K gaming on my Samsung 75" 4K television. I currently have several pieces of equipment running into the various HDMI input ports on my Denon receiver, with a single output cable from the Denon's HDMI Out (ARC) port that runs to HDMI input 2 (ARC) on my Samsung's OneConnect box. The PS3 and Steam Link obviously don't output at 4K, but my Panasonic DMP-UB900 4K Blu-ray player does, and I've had no trouble viewing 4K Blu-rays on it, or viewing 4K content from the Panny's Netflix application.

So when I bought the Playstation 4 Pro, I figured it would be simple: output cable from PS4 Pro to a free input port on the receiver and I'd be done. Only it hasn't quite worked out that way.

See, when I hooked the PS4 up and ran through the standard setup, I got a complaint notification onscreen: "Your TV might support a higher quiality color format and 4K HDR if you change its settings. Check your TV's settings."

Not being certain about the other cables, I tried running the PS4 Pro's output cable directly to the HDMI input 1 on the TV. When I did, the error message in the video output section of the PS4 Pro went away, and as far as I could see, I was getting full 4K HDR with Shadow of the Colossus. But not full surround sound, because it wasn't running through the receiver anymore and the ARC from the TV back to the receiver just comes out as stereo.

So I bought three new cables from Monoprice (these cables here). They arrived yesterday and I replaced three cables in the setup with these new ones:

Switched on the PS4. Now getting full surround sound in games, but as for video.........it reverted to the previous complaint. "Your TV might support a higher quality color format and 4K HDR if you change its settings". Also, if I tried playing Shadow of the Colossus again, I got another warning: "This application supports 4K HDR (high dynamic range) but it will be displayed in 2K HDR because of your TV's settings. If your TV supports 4K HDR, try changing your TV's settings."

So I did some more Googling and found multiple suggestions, none of which have worked yet.

On the Denon receiver, I've tried:
-- Going to the Video menu and setting "4K Signal Mode" to "Enhanced". Doing this allows the full range of output options in the PS4's video output menu.........but it also causes the signal to be lost every few seconds (signal dropout with the screen being off more than it is on). That's not a workable solution.

So.......any suggestions? I would really like to get proper 4K video from the PS4 and still get surround sound. All equipment info is in the signature below. Beginning to look to me like this is a Denon issue.

Thanks in advance for any further ideas!

[[EDIT later that day: Just out of curiosity I tried swapping out the brand new Monoprice "18 GB premium certified" cable I was using for HDMI Out from the receiver to the TV, replacing it with the HDMI cable provided with the PS4 Pro. I left the two new Monoprice cables in the chain from PS4 output to Denon input, and 4K Blu-ray player output to Denon input. As soon as I made this cable switch, I could change the Denon's Video / 4K Signal Mode to "Enhanced", WITHOUT video dropouts......and the PS4 then immediately automatically switched to 4K UHD, RGB output, with no more complaints. Shadow of the Colossus plays in 4K HDR with surround.

So it looks like I had two issues: at least one dodgy cable AND the "4K Signal Format" needed to be set to "Enhanced" in the receiver's Video menu. Leaving this up here just in case it can help somebody else out.]]
Last edited: May 2, 2018
You must log in or register to reply here.
Share:
Facebook Twitter Reddit Pinterest Tumblr WhatsApp Email Link