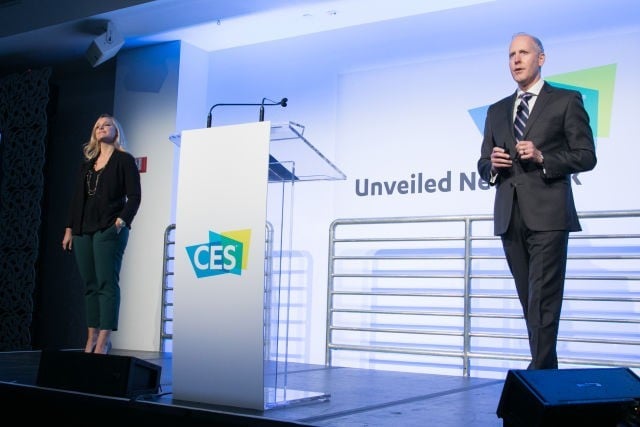 According to Consumer Technology Association (CTA) market research presented at the annual 'CES 2018 Unveiled' media event at the New York Metropolitan Pavilion Thursday, retailers are competing furiously throughout the month of November, before and after Thanksgiving, with special deals, many of which involve some sort of technology device. While Black Friday used to be considered merely a one-day tech super sale, it has now become a buzz-phrase for the entire price-slashing season.

Revealed in a CTA consumer study conducted last weekend, 44 percent of those surveyed said they plan to shop now through to the beginning of Thanksgiving week, with 33 percent shopping on Black Friday, and 51 percent planning to shop on Cyber Monday.

Steve Koenig, director of market research at CTA, says roughly 170M US adults will be buying tech gifts this year, which is “probably the highest it’s ever been.” According to the data, on average, each of those people is expected to spend $478 on tech gifts, with the highest spenders believed to be early adopters. Consumers should expect to see deals on "perennial tech favorites" such as videogame consoles, smartphones and TVs. Meanwhile, smart-home products and wearables should also "fly off the shelves in the coming weeks."

Koenig believes the activity is being driven more and more by promotion and targeted adverting using high-tech platforms, and customers are coming to stores knowing exactly what to expect in terms of pricing.

“Black Friday is less about the actual date and more of a marketing term today because it elicits an almost Pavlovian response from the consumer,” said Koenig at Friday's event. “Retailers have been collecting a lot of customer data and big data analysis and they are mining that to generate mining personas to better understand you, the customer."

Retailers are increasingly turning toward advanced technologies like voice-powered digital assistants and artificial intelligence (AI) to take verbal orders and data mine for consumer preferences. These can be used to push targeted deals to users' e-mail inboxes and through online advertising.
Last edited: Nov 13, 2017
You must log in or register to reply here.