Frontier FiOS bill with telephone and internet getting way too high...looking for best streaming options for TV that has high quality HD video and at least 5.1 audio. Tried YouTube TV and liked the overall options, but the video was substandard to what I have with FiOS and I believe they only transmit in 2.0 stereo. Would like to try out some other options, but undecided of where to try next. I have Apple TV's and have spent a lot $$$ on both my home theater 7.1 audio & projector 110" Stewart screen setup, plus my 4K HD Vizio P-Quantum 65" TV in living room. Also concerned about losing my DVR's. Thanks for any and all feedback!

Randy_Harvell said:
I have Apple TV's
Click to expand...

So then you already have the best streaming device for whatever service you choose.

Yes, but it's the source transmission quality that I am concerned with. If the source only transmits in 720P and not at least 1080P, then video quality will still be poor. If source transmits audio in stereo 2.0 rather than Dolby 5.1, then audio will also be lacking...

Tino said:
So then you already have the best streaming device for whatever service you choose.
Click to expand...

The man's looking for recommendations on a service not a device

I prefer iTunes and Disney+. I hate Amazon Prime. Vudu isn't bad, but it's behind iTunes in my opinion. One day, HBO Max and Peacock, but they need to upgrade their video to 4K and their audio to Dolby Atmos.

Randy_Harvell said:
Frontier FiOS bill with telephone and internet getting way too high...looking for best streaming options for TV that has high quality HD video and at least 5.1 audio. Tried YouTube TV and liked the overall options, but the video was substandard to what I have with FiOS and I believe they only transmit in 2.0 stereo. Would like to try out some other options, but undecided of where to try next. I have Apple TV's and have spent a lot $$$ on both my home theater 7.1 audio & projector 110" Stewart screen setup, plus my 4K HD Vizio P-Quantum 65" TV in living room. Also concerned about losing my DVR's. Thanks for any and all feedback!
Click to expand...

It sounds like you're looking for options on a live TV option to replace using cable and its DVR for watching live-broadcast network TV? Or are you looking for sugestions on Netflix vs Disney+

If it's live TV, and you don't like YouTube, then I think Hulu is the other major option.

Is the Hulu produce sent over in good HD and at least 5.1 audio? Correct, looking for possible live TV option as well and just trying to figure out best way to cut cable without losing the things I like the best. DVR, video/audio high quality and also close to cable content. Sure wish the YouTube TV had better quality on both...maybe someday. How about Direct TV NOW or ATT NOW?

If your only concern is image and sound quality then AppleTV+, Disney+, Netflix, and Vudu are all pretty competitive if you get a 4K Atmos stream. Not all content is in that highest quality tho.

If you are only comparing on quality and not who has the content you want you are going to be frustrated.

I believe there are three variables at play here:
1) Your internet connection. The overall internet connection DL speed is important, but is only part of the equation. One has to consider how many others are on the internet at the same time and what they are doing. One also has to consider how your streaming device is hooked up (Wi-Fi or ethernet) and then the subcategories under each. Wi-Fi (802.11g, 802.11n, 802.11ac, 802.11ax) or the type of switch that you have for ethernet.
2) Your streaming device. Built into your TV or BD player or dedicated device (i.e. Apple TV, Amazon Fire TV/Stick, etc.).
3) The service.

I have done various testing in my home theater with all of the above. These are my recommendations.

1) I have 300Mbps DL speed and for ALL my streaming devices I only use ethernet connections. I have high end Netgear switches that have high buffering in them. I also have 802.11AX AP's in my house that work very well for smartphones (i.e. Samsung S10, S20, N10 and Apple 11 that have 802.11ax support)
2) I have tested LG C7, C8, C9, E9 OLED panels and three varieties of AppleTV and Amazon external HW. I have come to the firm conclusion that nothing matches the AppleTV 4K device. That is what I use in the HT now.
3) I know some of the folks that left MS video encoding efforts to Amazon video encoding. They swear their UHD is as good as optical disc UHD, but that is not the case. Optical disc still reigns. While it is difficult to see the same show on multiple services, I overall feel that Netflix has better UHD content quality than Amazon. While I have Disney +, I haven't spend as much time watching it as the other two. However, I usually go to the streaming services to watch original content, not content that is on optical disc. So, at that point I have to live with what is on that streaming service.

Thanks all for the comments. Looks like a challenge to get good quality audio/video via streaming services. Best I have found so far are Netflix, HBO, and Amazon. These are nice individual services, but still searching for a good larger channel service. Thanks!
C

I think you're going down the same path that I've been on. For live TV, the only two options I really looked at are YouTubeTV and Hulu Live. Both of them are pretty blah as far as AV quality. Video is probably 720p most of the time and it's just stereo. I thought Hulu performed a little bit better on both measures, but I disliked the interface. I decided to stick with YouTubeTV since I found it quicker and easier to get to things I wanted to see. Honestly, it's time some company stepped up with at least full HD and DD+ surround. The on demand services that other people have covered (Netflix, Amazon, Disney, etc.) are far better, but it's obviously different programming. Good luck.

I have been struggling with the same issues, except that right now I don't worry so much about audio (for reasons that I won't go into here now, I am currently stuck with the audio and speakers on my TV set for streaming services and live TV). I have been looking for a viable way to replace DirecTV, where costs have been out of hand for quite a while.

One big issue for me is a DVR to watch sports, assuming they will come back some day. I bought a TiVO OTA DVR for local and network broadcasts. But I never watch sports live if I can help it. And streaming of ESPN channels doesn't work for me (it does give me a way to handle rain outages on DTV, though).

I bought a TiVO OTA DVR for local stations because DTV doesn't give me all of them plus I don't have rain outages with it. For movies, I have Amazon Prime, Disney+ and HULU. I did trials of NETFLIX and STARZ and will probably go back to NETFLIX at some point. (I'll probably drop HULU once my year at $1.99/mo ends, and D+ is in danger when my year for $60 is over.) I use a 4K Firestick for streaming and have gotten decent 4K video with Amazon, D+ and NETFLIX, but it isn't consistent quality. I have seen some stunning 4K videos on YouTube, but I doubt that I could expect that with YouTubeTV. My internet service is marginal for 4K (24 meg down), but hasn't seemed to be a limitation.

I don't watch much live TV, but I need a service that will give me ESPN channels including the SEC Network. I tried HULU live a while back and didn't care for it. It was new then, though, and I think it is probably a lot better now. I haven't tried YouTubeTV yet, but I plan to. My biggest concern with them is the DVR, which I haven't heard a lot of positive comments about.

Unless YouTubeTV turns out to be much better than I expect, it looks like I am stuck with the high price of DTV for now.
F

Robert Crawford said:
I prefer iTunes and Disney+. I hate Amazon Prime. Vudu isn't bad, but it's behind iTunes in my opinion. One day, HBO Max and Peacock, but they need to upgrade their video to 4K and their audio to Dolby Atmos.
Click to expand...

Amazon Prime is Prime garbage. Their quality sucks big time. I stopped even watching the service 3 years ago. It is really terrible quality.

Everything is a mess and will be for a long time. As long as they keep trying to make old business models work. They won't. 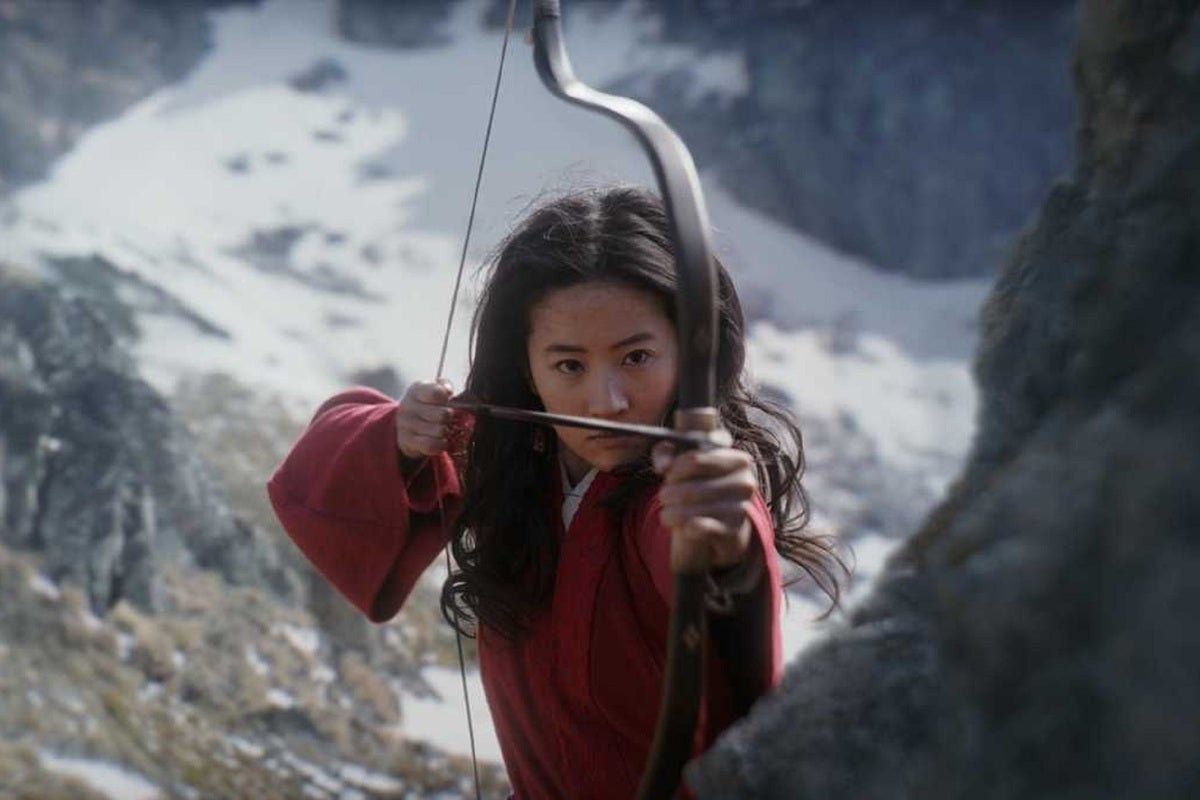 www.techhive.com
You must log in or register to reply here.