Anyone seen X-Box's on the shelves anywhere today? (1 Viewer)

Andrew,
it's obviously going to vary from area to area, but there are numerous postings on other boards of stores starting to get new shipments of machines today. On a whim, I decided to call a couple stores around me...
Best Buy was sold out of their allotment, the employee I spoke with seemed somewhat clueless but guessed they had approximately 100 of them. He said that they were scheduled to get more in late tonight in time for the weekend.
Gamestop had pretty much the same story, sold out of pretty much all they had in terms of systems, accessories and games, but that they had another big shipment for tomorrow...although their manager basically said they had no clue really what would be inside (i.e. how many units, what accessories, what games, and quanitiy, etc.)
Thus far it seems that at least in some parts of the country, MS is holding up on their word to be able to quickly get more units to retailers to replenish dwindled stock. If reports are true that MS has reached its goal of churning out 100,000 a week from its Mexico facility then perhaps the shelves won't be completely barren of Xboxen for long these next few weeks leading into the holiday season.

I just picked up 1 of the remaining 8 Xbox's left at my local Target store today. Got the games I wanted, only thing missing is the HD pak.

Nice. I went to a target last night. Out of everything exect 4x4 evo (sp?) I talked to some people and said most of the places they knew were out of stock, but it didn't seem anything like the PS2 launch.

There are many places around Jackson, MI that have Xboxes. They did not sell out around here. I guess the only store that did was Meijers, but they were the only one to be open at midnight.
You can walk into Best Buy, Curcuit City, Meijers, etc... and buy whatever you want. Best Buy was not sold out of any games, plus they had the HD pack. The only thing they were sold out of was the monster cable S-Video pack. They were selling that for $40!!! Amazing...
Most stores will only sell you Xbox in a bundle. Circuit City was the worst. You HAD to buy it with 2 games and extra controller. NFL Fever and Gotham Racing. I wanted Halo and Madden, so I went to Best Buy!
A lot of people are calling this a failure because they did not sell out. I call it good business to have enough units for your demand. Unlike the PS2!

There are a ton of stores within 20 minutes from my house, and I'm betting my money that I could get an X-Box, each launch game, a memory card, a second controller, and the HD pack.
But have I seen any on shelves? No. I haven't left the house since I got Metal Gear Solid 2. 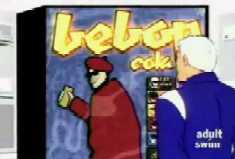 I couldn't believe it either when on Friday Target had 2 sitting there. Turns out that it had been opened before. The sound did not work. I was going to have to have it repaired buck luckily Electronics Boutique just got a shipment in today. I had to buy the bundle - but now I have a working x-box. Get the phone book out and call places every day.
------------------
Stefan Antwarg
My DVD Collection
The Regal Brass Quintet Not HT related

maybe they aren't selling that well?

I don't think that it's not selling well, it's that Microsoft is keeping the supply lines open. Target's around here are getting daily shipments.
------------------
"The internet is a place where people from all over come together to
bitch about movies and share pornography."
Click to expand...

I'm not sure if this is true, but I think the XB has less demand than people think. Every website that I have gone to that is not an XB (or any other console/company) fansite has had a poll of some sort or a letters page and the general idea is that people are preferring the GCN and PS2 over the XB. A lot of people I have talked to, on and off the internet, seem to be looking away from the XB, mainly because of its games. Granted, they look good, but if you don't like at least one of the genres represented by the launch games, its not really worth it.
That might explain the amount of unsold XBs.

Out of Joel and Morgan's posts above, Joel's made more sense. MS promised a steady supply of XBox consoles, and that is what we're seeing. Expect to see plenty of GCs on 11-18-01 and beyond. It doesn't mean they aren't selling, just that there's more of them to go around.
------------------
"What does God want with a Starship?" - Captain Kirk from Star Trek V: The Final Frontier.

MS ships them weekly, not daily, and certainly not on the weekends. If you see an XB on a shelf, its been there since thursday.

quote: Every website that I have gone to that is not an XB (or any other console/company) fansite has had a poll of some sort or a letters page and the general idea is that people are preferring the GCN and PS2 over the XB ... That might explain the amount of unsold XBs[/quote]Other posters on this forum have asked you in the past to share your sources whenever you have made generalized statements such as these. As in the past, I seriously doubt you will provide the links and websites to back up your assertion. As a result, one could accuse you of spreading FUD again. Obviously if someone paid $299 for a PS2 within the past year, they are going to rationalize that they made the better choice. And how many customers actually already own both an XBox and a GC and can make a side by side comparison?
My experience in Columbus the past week is that the demand for the XBox has exceeded expectations (have not located one unit since Thursday). However, unlike you, I will not twist this fact into some warped logic such as "demand for the GC will be low because demand for the XBox is high or customers are turning up in swarms to buy the XBox because the XBox must be the superior machine". In other words, not enough facts and data is in yet. It will take several weeks before some initial conclusion can be made. I personally believe there is enough demand for all three to be successful this selling season.
Finally, you are one of those who predicted the XBox would be DOA after the E3. You must be surprised at all of the raving reviews this machine is receiving at this forum and others and all the positive national publicity it has received. Ready to eat some crow yet? Enjoy your cutesy Cube.
[Edited last by David_LM on November 17, 2001 at 06:50 PM]

I'm going to throw in on this one too. The X-Box has nowhere near the hype. Prove it, you say? I work at the Sears in Tacoma. Last year we received 18 PS2s for launch day. At store opening we had close to 50 people in line. This year, we got 4 XBoxs. At store opening we had 4 people in line. There was no interest here in our market.
Unlike last year, there were no tents in the parking lot, there were no lines around the Toys R Us. There was just little to no hype.
I had about 6 people come in after the first half hour and ask about Xbox on release day. I couldn't even count the number of people who came in and called on PS2 release day.
Just thought I would throw in some figures. It's not that MS is "meeting consumer demand"... well, unless you count the little demand, then I guess they are.
Doug

Doug, you completely missed the point. Nobody is comparing the hype of the XBox and Cube to the PS2 launch. The PS2 launch was a phenomena that happens every so often. In addition, the PS2 had no competition and it was widely known there were production issues and would be a shortage at launch. Also this year there are 3 game consoles competing and the U.S. economy is in a recession. The combined production of the XBox and Cube this holiday season will probably double the holiday season production of the PS2 last year.
Even Morgan has stated several times that there is no need to rush out and buy an XBox and Cube as there will be plenty to go around between the launch and the first of the year. Does a system have to completely sell out of units between launch and the 1st of the year to be successful? I believe MS is in this for the long haul and sales next Christmas season will decide the console winner. Like I said, what is your point comparing the XBox launch to the PS2 launch?

Does a system have to completely sell out of units between launch and the 1st of the year to be successful?

To be honest, how a system does initially on launch is purely for hype purposes. It bears zero relevance to the longterm hopes for success on the platform & has zero bearing on it chance at succeeding.
Point in case: the Dreamcast had what was regarded at the time as the best launch ever. In the US, it went very smoothly (the one exception being some badly pressed GDROMs), it had (at that time) the largest first day sales figures for hardware & software, and yet, in the longterm, the Dreamcast was still a failure at retail for Sega.
The XBox launch was definitely a success in the shortterm for Microsoft - they sold pretty much most they had - but they've definitely had to share the attention with the GameCube and to a lesser extent, the PS2.
Both platforms have their work cut out for them in the long term. The PS2 is gaining more & more owners each day and has a *huge* lead. Is it overcomeable? I think it will be very very hard for Microsoft to catch up - outside of the USA especially.
A good friend (in a senior position of one of the biggest online/mailorder retailers in the UK) just mentioned to me that they've had a *huge* leap in PS2 sales in the past few weeks since the launch of GTA3 - more than they did with GT2 - which goes to show that it's the software that counts at the end of the day....
------------------
Nothing In Particular
Click to expand...

MS ships them weekly, not daily, and certainly not on the weekends. If you see an XB on a shelf, its been there since thursday.

Actually, today in a mall, I followed the ups guy (or whoever) right into Electronic Boutique. He had xbox's.
Stefan Antwarg
Click to expand...