I guess you'd have to be over 40, because I think it's been gone a long while, but this place was Heaven. Every Saturday for years I had to give up one of my weekend days to get allergy shots in White Plains, but this was largely offset by a weekly visit to the old-fashioned soda fountain and penny candy shop Daddy Michael's. Coin-operated player piano, nickelodeon movies (consecutive flipping cards in a stand-up machine you watched by cupping your eyes to the viewer), stained-glass chandeliers, the works. The centerpiece was what seemed to be a mile-long candy counter filled with every conceivable type of penny candy...in the days when each piece really only cost one cent. A dime went far. So much fun and so very long gone. White Plains is almost unrecognizable from those days, but the memories are strong and fond. Anyone else?

Wow, I grew up in White Plains but I've never heard of DM's. Sounds like I missed quite the experience. :frowning:

Yes. I remember Daddy Michaels. When I was old enough, I worked there. Starting in the back washing dishes, and it was my first real job.

Boy, did this mention of Daddy Michael's and White Plains ever bring up some memories for me!! It was the summer of 1962 and my Uncle George and Aunt Estelle had invited my mother, my sister, Diane, and me down for a three week visit to their home in White Plains on Winthrop Avenue there. Our father had passed away of cancer and Uncle George (our mother's brother) thought the trip would do us all some good. Among the memories I have of that trip are: a visit to nearby Freedomland where we saw a re-enactment of the Great Chicago Fire, also the Kingston Trio performing live! It was also during that stay that the news came of Marilyn Monroe's death, and I was struck by the odd co-incidence that we were in the same town she married Arthur Miller in! Weird. The most vivid memory I have of that vacation is our many trips down to Daddy Michael's for sodas or an ice cream cone and a Coke in the cool of the evening after the sun had gone down. It was a blast and I remember thinking how much like what was happening in the country the shop seemed to be -- the repression and delicacy of the '50s giving way to the jazziness and freedom of the '60s. I saw my first beatniks at Daddy Michael's and some of the early hippies who stood outside smokin' and jivin'. The world was changing and I felt I was in the middle of all these new "happenings". (Interesting aftermath: I rode through White Plains recently -- and 50 years later, the city was unrecognizable to me. Nothing looked the same and the house where my aunt and uncle lived is an empty lot. And no Daddy Michael's! Oh, well.......it still exists in my memory, and in the memory I have of that wonderful summer in White Plains!) Peace, man!

Daddy Michael's children went to my school, so a lot of us from Scarsdale High hung out at DM's almost every weekend, or stopped in after going to the movies down the street. Dick described the place perfectly -- it was magical! I happily fed my face with Daddy's Michael's delicious confections and happily fed the jukebox to hear *We Gotta Get Out of This Place* over and over -- a perfect ditty for angst-driven teens. And I remember a birthday party there where we had the entire place to ourselves! It seemed the entire high school class was there --- maybe it was Gabrielle's Sweet 16??? Trying to find Gabby and her younger sister Anastacia (Stacy?) but they're not on FB.....Great memories!

So did you know Daddy Michael's kids, Gabrielle and Anastacia? Any idea what happened to any of them?

Diva! Did you or do you know of the Frank Suits family in Scarsdale? Frank Jr. was a good pal of mine here in Massachusetts, been trying to find him but so far -- no luck! Thanks. really like your description of Daddy M's..................Leo

Sorry, I don't know Frank Suits but I see in my SHS alum directory a Francis Suits was in class of 74, address unknown. There's also a Martha Suits, class of 75.

Oh, My goodness! That's Frank and yes, he had a sister named Martha!! So this is Scarsdale High School's Alumni Yearbook? Is there any way I can access that? Maybe they have a pic ?? Thank you SO MUCH for taking the time to look. Please let me know if you can forward the link to this yearbook? I would love to see. This is great! Leo

So glad! There was no contact info for either of them in the book --- try [email protected] (i think his name is Frank too). Good luck!

Thanks very much! You've been so helpful and kind! I'll let you know if I find anything!

Good luck! And if you find him, bring a handkerchief -- it'll probably get emotional. And maybe Frank knows where I could find daddy Michael's girls -- gabby and Stasey Long .. .

Four years on, I am posting a pic I found online of this kids' paradise: 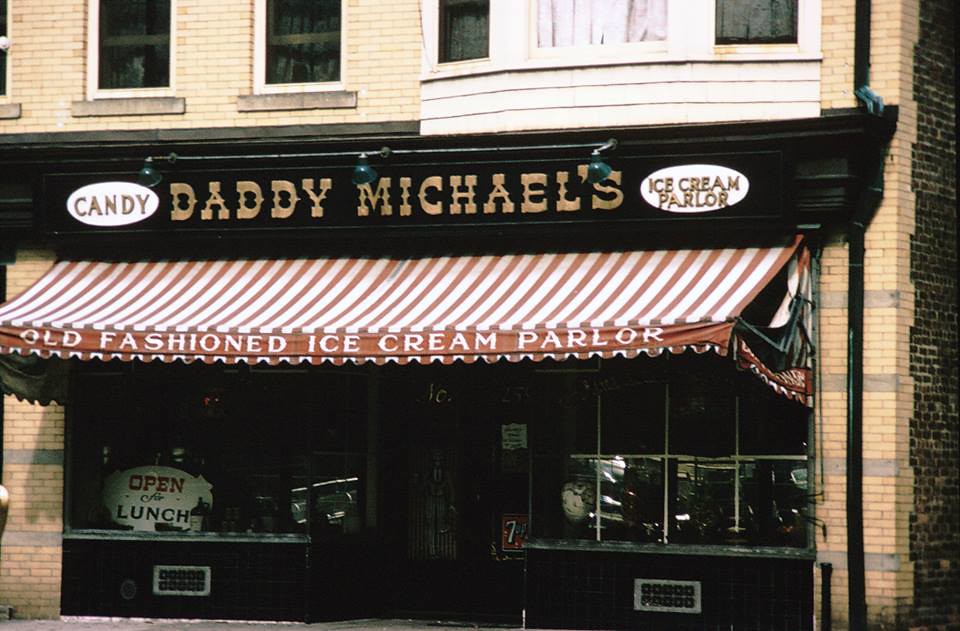 This is a still from "Town of the Times" a Department of Defense, Civil Defense film promoting bomb shelters. I typed in the stores name to find out where it was shot and found this thread.
You must log in or register to reply here.