Any news on Baywatch and Baywatch Nights coming to Region 1 DVD? (1 Viewer)

Has anyone here heard if Baywatch and its spin-off series Baywatch Nights are going to be released on Region 1 DVD sets either this year (2016) or next year (2017)? (There is a Baywatch theatrical movie coming out next year (I think in May 2017), so I was wondering if any Baywatch TV series Region 1 DVDs would be released then to coincide with it, as some DVD companies do.) There are currently some Region 0 Australian releases of both series that will play on American DVD players (they are on Amazon and look official, not bootlegs), so I'm thinking about buying those, but I don't know whether to wait until next year to see if there are any Region 1 releases or buy those other ones now. So, two questions: 1) Any news on these two series being released on Region 1 DVDs?
2) Do you think I should go ahead and buy the Region 0 releases now (while they're still at fairly low prices) or do you think I should wait until next year to see if there will be any Region 1 DVDs near the time of the theatrical movie's release? I welcome any opinions, so please let me know what all of you think. Thanks.

I think (I hope) this will get more traction in the DVD / TV forum. But I left a link from the TV form for the next few days to help out. Buy the region 0. The video/audio quality is very good. The only problem I have is that there are no episode air dates on the case episode descriptions. And the discs don't inform you of which eps are on the disc. I too have the Region 0 set from Australia. Very nice set, & a lot of music that was replaced in those earlier US releases is intact here.

I purchased all of the German releases prior to the Australian releases. Naturally I would like to have the titles in English and NTSC over PAL, but are there any other differences between the two sets? I know reports are that all music is intact, but does this include the Peter Cetera "Save Me" on season 1?

Season 1 of the Australian release has a replacement theme song, though songs within the episodes themselves that were replaced on the earlier US releases are intact. 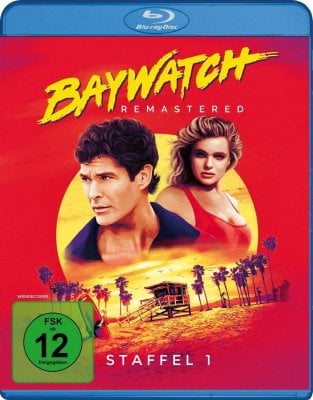 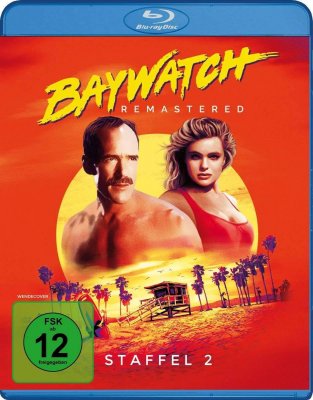 jra66 said:
I purchased all of the German releases prior to the Australian releases.
Click to expand...

Remastered - HD, 4:3 ratio changed to widescreen from original masters and new substituted music if Amazon remastered used - coming out on Blu in Germany

The blu-rays have been confirmed to have replaced music due to pure laziness. The original audio is included on SD episodes as special features, but they don’t want to go to the effort to restore that audio to the new HD transfer.

New North America Baywatch set announced by VEI. Appears to be the 9 seasons (minus the two Baywatch: Hawaii seasons and the Baywatch Nights spinoff) in both DVD & Blu-ray configurations (at least according to their FB post). Remastered in HD, these are likely the editions found on streaming platforms with the "new, modern" soundtrack.

"350 original songs have been created to score the iconic Baywatch montages." And, the final two seasons are missing.
R

I like to say that Amazon.com will get a chance to have the Region 0 Australia release version of Baywatch Season 4 6-DVD set to be available again, at a price this time at $15.95 in the USA.

Are you just stating unrealistic wishes as facts?
You must log in or register to reply here.

Just spotted some news regarding the entire series of Caroline in the City coming out on DVD and Blu-Ray on 6/8/2022...details below.