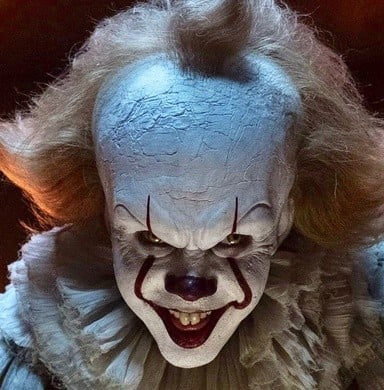 Are there any Blu-Ray players expected to come out for the Holiday shopping season around the $500 mark? Right now these players are a bit too expensive for my wallet.

The price on the Samsung (which is apparently an OK player once the firmware is upgraded) is falling (maybe 700, 750, or so?), but it's still not a $500 player, and none in the works for the holidays.

If there were, we'd be talking about it. The closest you'll get is the cheaper PS3 at $500, but from what I understand the $600 80GB Wi-Fi model is in far greater number, and you'll have to line up early for that, due to limited quantities. Though more are supposed to be on the way through the holiday season.

Maybe we'll see some less-fully-featured Blu-Ray players some time next year for $500 (following the Toshiba 2nd-gen model), but I wouldn't expect any flagships at that price until this time next year. But that's all conjecture on my part. If the PS3 is a successful player it could help drive prices down, but probably not if it meant everybody would have to sell at a loss. The manufacturers aren't selling software to makeup the difference (except Sony).
R

Ron, I just picked up the Playstation 3 for 499, and it is worth every penny. I am posting my comments from another board here so you can read it:

I just picked up my Playstation 3, and all I can say is WOW, Sony has made the wair worthwhile. I have seen an early Panasonic player and my friend has the Samsung, and I have to say this blu-ray player is the best yet. I am going to spend tomorrow all day with this thing. I am more interested in the movies than the games, so any report will have to do with the blu-ray movie part of the system. I had to update the game as soon as I hooked it up, which was very easy, about 5 minutes, and setting up the system (for your correct tv, ect) only took an additional 5 minutes. Wiring and hook-ups very easy, and I can tell you that the excitement is genuine from game players. It came with a game and I have never seen graphics so vivid and exciting before.

I am thanking God I did not go for hd-dvd, because this is incredible, and I have read that the game makers and movie makers don't yet use the full capacity and capability of blu ray. My nephew has the x-box 360, and was going to get the hd-dvd add-on, but today he was with me during initial play of the playstation, and he is going to sell his x-box and get one of the Playstations hopefully from the next shipment (and he is a HEAVY gamer). He just say there with the 2 games and his jaw hit the floor. So did mine with the blu ray movies. Got an early blu-ray of Ice Age 2, and I have never seen anything like this from a home theater. AWESOME!

If only some news would come out that Sony was going to offer 7.1 analog output through a breakout cable, I'd SO be on the list for a PS3.

Otherwise it's wait, wait, wait. I'd get a Wii just for kicks, but Nintendo gets you with that $30 for component cables, $60 for a second set of remote and nunchuk. Adds up quick. Hopefully they'll have more loaded bundles in the future. History has taught me they always offer more later...for less.
You must log in or register to reply here.
Share:
Facebook Twitter Reddit Pinterest Tumblr WhatsApp Email Link