I thought this guy was going to be a star when SHE'S ALL THAT was hit. He hasn't had a hit since, just a long string of bombs.

I think "Down To You" was his most successful film since "She's All That", with a $9 million budget and a $20 million box office take domestically. Even if he doesn't bring in huge numbers theatrically, I'd imagine he's a pretty heavy draw on video.
I wouldn't be devastated if he dropped off the radar completely, though. He's managed to star in my least favorite movies of the year for three years running, with "I Still Know What You Did Last Summer", "Wing Commander", and "Boys and Girls". I'm sure if I'd subjected myself to "Head Over Heels", that'd be my pick for 2001...
------------------
My DVD list | My personal site

I'm sure he is a nice guy (I heard him on Howard a few days ago), but he really needs to learn how to act and maybe stop doing cliched teen films. You know, I could picture Freddie Prinze Jr. being a sick, twisted serial killer in a movie.
------------------

*laughs*
I've seen Head Over Heels, and you know what, I actually don't remember. I just remember a lot of Freddie's mugging and supermodels getting covered in shit.
I'm sure it is Freddie's favorite film that he's done.

Unfortunately I have seen all of these films (although I liked She's All That, FWIW). The premise of Head Over Heels finds our boy Freddie as being suspected of murder by the models who live across the street and spy on his activities.
Summer Catch is a laughably bad amalgamation of Good Will Hunting and Bull Durham. Freddie has no edge at all, which makes him a bad choice to play a pitcher with a temper. He seems like a nice enough guy, but I wouldn't exactly plan on him having a long career considering he can't keep doing these types of films much longer.
------------------
Read my reviews at www.dvdmon.com
Most recent reviews: Open Your Eyes, Waiting for Guffman, Maelstrom, Diary of a Chambermaid: The Criterion Collection
Most recent column: Panning P&S

Obviously the problem is with the title, Summer Catch. Only 2 words in the title! Freddie always stars in movies with 3 words!!! Go back to what works Freddie! *laugh*

I don't think it's the three word movie titles that are sinking his ship...it's the three, and only, facial expressions he has. Lemme guess, in Summer Catch, he will look A-Happy B-Sad and C-Pensive. And that's pretty much it. He has no range. He is as dimensional as the pages of magazines he appears on.
Bruce
------------------

I really wonder why he gets so much work. I really don't know if any of his films has done well on the strength of his name. He's not a very good actor. In fact, he's a good marker to avoid those films, because you know they are going to suck. Why not find another cute guy who will work for less, who might have more ability in his pinkie than Prinze has in his whole body? It can't be THAT tough...
Jason
------------------
My DVD Collection

I heard that Freddie was trying real hard a while back to land the role of Peter Parker in the upcoming Spider-man film. Thankfully, he was shot down and they went with Toby Maguire instead.
Freddie will be in next year's live action movie version of Scooby-Doo where he will play the character of...you guessed it, "Fred".
------------------
DarrenA
The Academy Home Theater

I really wonder why he gets so much work.

I wonder if it doesn't have anything to do with his Hollywood heritage. He is, after all, second generation show biz. His father looked to have a very bright future before killing himself (based on all accounts I've read and heard, Freddie Prinze was steeped in talent though).
So, even though Freddie Jr. may be a vapid actor, whose image is so lightweight it barely sticks to the screen, he does come from Hollywood "stock." I mean, why did Drew Barrymore get a second (third?) chance in Hollywood?
Click to expand...

I think he needs to find a very good role in a low budget Indie film or may be get a good acting lesson first.
Then people might start taking him seriously, then poeple will offer him good role.
Hey Sharon stone has had a hit since Basic instinct and they still pay her millions of dollars. 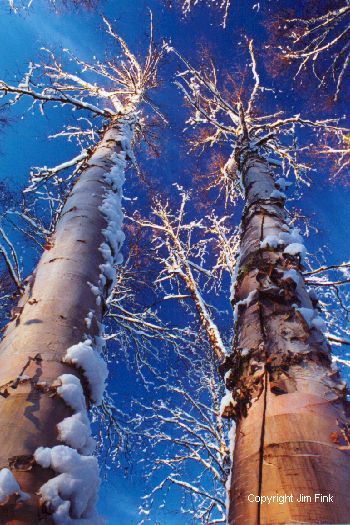 Ok Freddy if you're reading this. Teen movies suck that ohase came and left. If you want to make it big you have to change gears and do some other movie besides a movie about kids in love going through puberty.

If scooby-Doo bombs we will see him on a Fox t.v. show sitcom.
You must log in or register to reply here.

Anyone know this lollipop from the 80s?

Humorous or Touching Family Tale - Add Your Own